Hello again! It’s time for your mandatory Comments of the Week session where everyone is required to spend time with me, Gmana. Yes, it’s really me this time. I had to redo my office a little bit after someone trashed it and tarnished my name even more than it already had been.

We’re up to 21 entries now, which means that Mr. Cothew is now legally allowed to drink in the US. We had a drunk theme last week? Honestly, every week is a drunk week for us. How else would we be able to deal with all of these awful comments and think they’re funny?

Should there be a third Blade Runner?

Gmana: Let’s start things off with a wonderful comment from – oh Dere. (Don’t worry, they kissed and made up later.)

FIFA 18 still top of the league in UK Charts

WWE 2K18 has sponsored achievements because of course it does 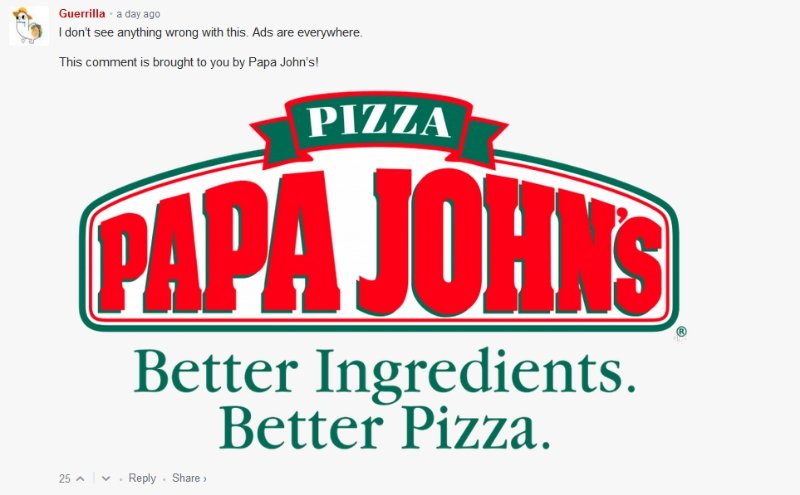 Gmana: And now back to our regularly-scheduled comments. 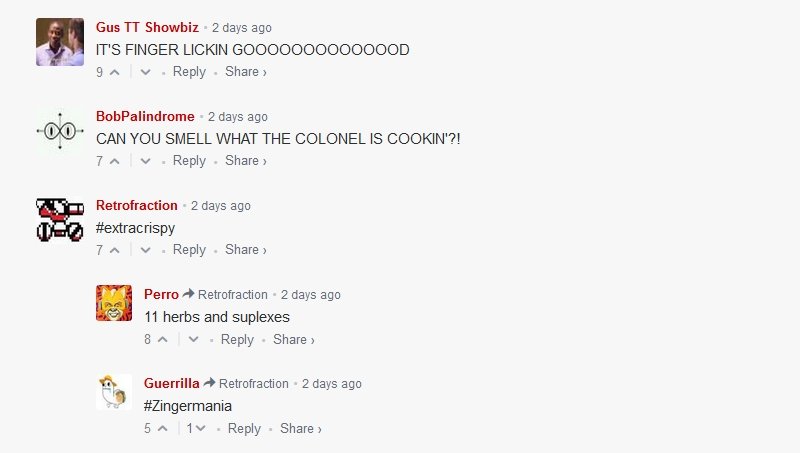 I’m going to be a better Tamagotchi owner this time

Gmana: But I really mean it this time! 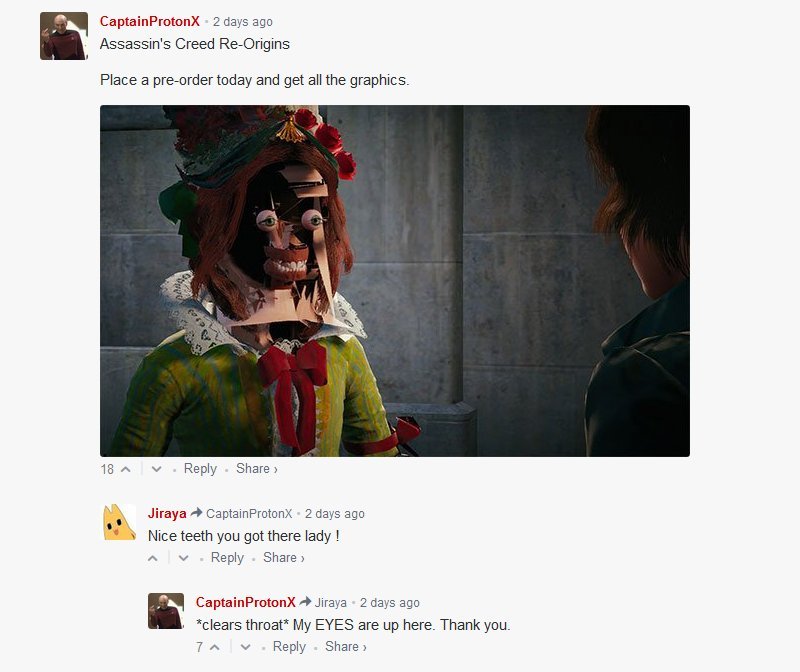 Gmana: I could stare into her eyes forever.

Gmana: Middling Earth would never be able to handle them both in the same place at the same time. 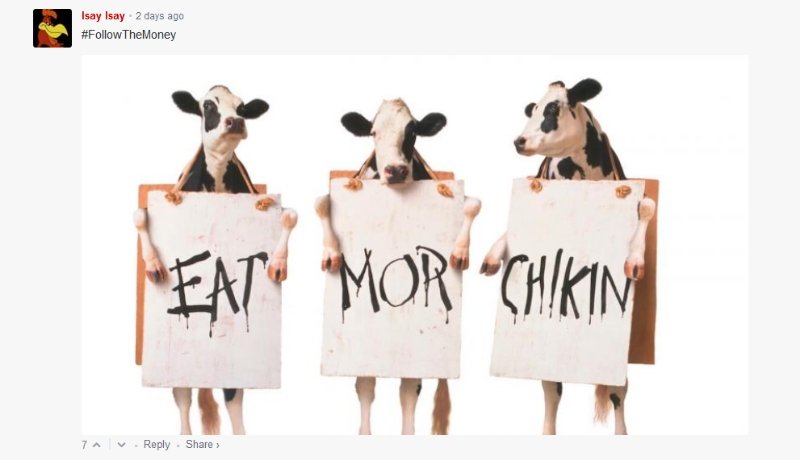 Gmana: Your wife weeps as she remembers how every night was Fartnite at your house, and now there will be no more Fartnites…

South Park: The Fractured But Whole’s season pass will take you to Casa Bonita

Gmana: Just as many modern games are but whole.

Gmana: You’re too reasonable to be a tyrant.

Gmana: I see whAT you did thEy Did thERE :O 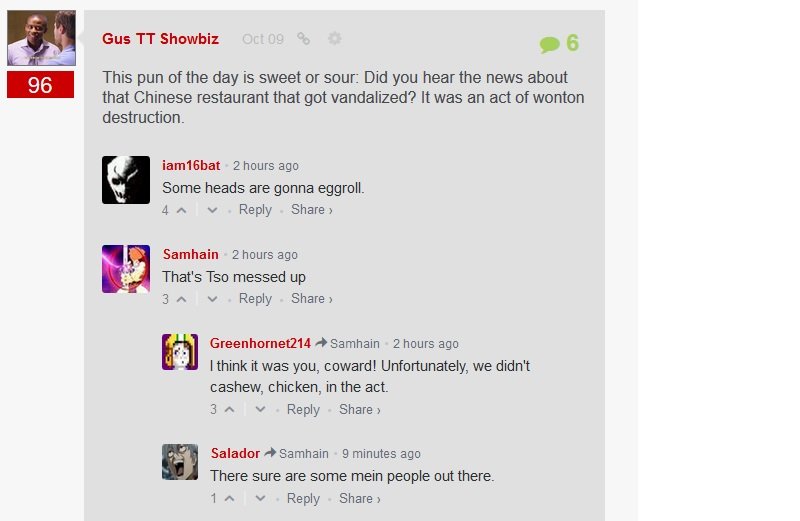 Gmana: We really need to get that article updated. 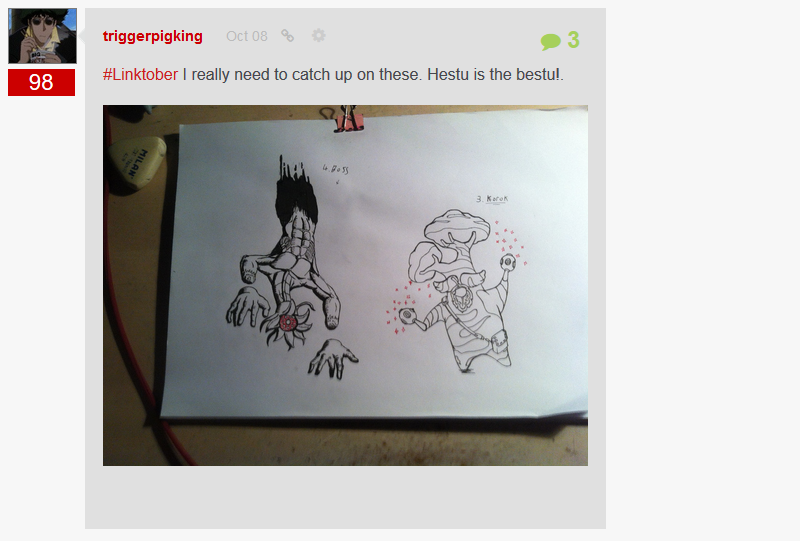 Gmana: What are the chances that they’ll get one? 0.1% 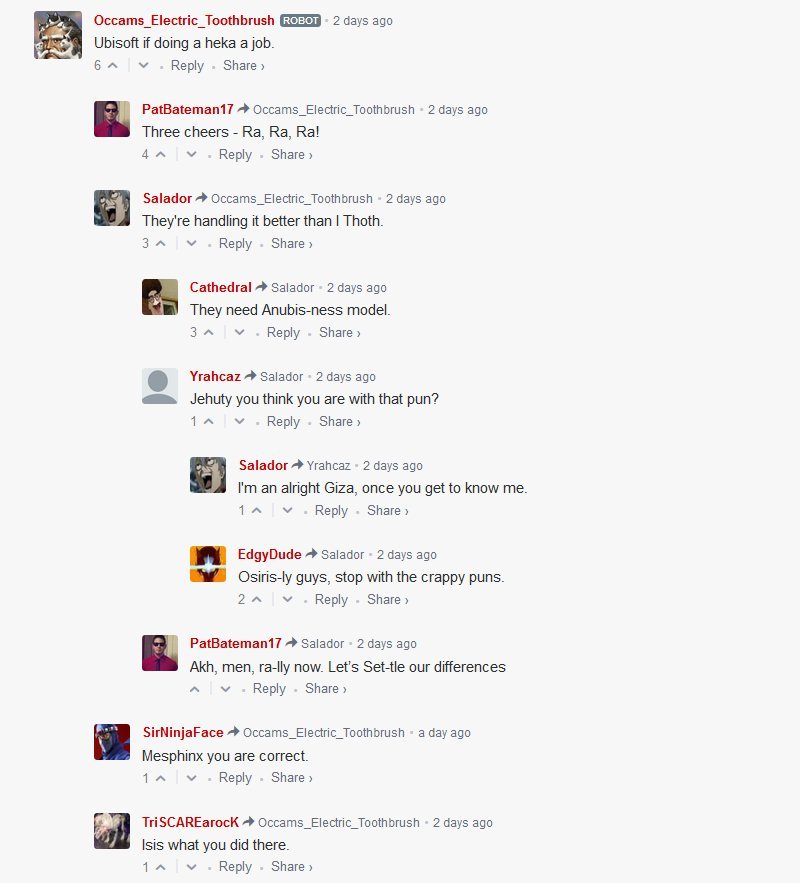 Gmana: You guys are the Bast.

That’s all for this week! I’ll keep coming back every five weeks for as long as the boss keeps me around!

Tune in next week for another edition of Perro blowing us all out of the water with a high-production-value masterpiece!

Thanks to FakePlasticTree for my new header!

Filed under... #comments of the week#Communitoid#Community Highlights