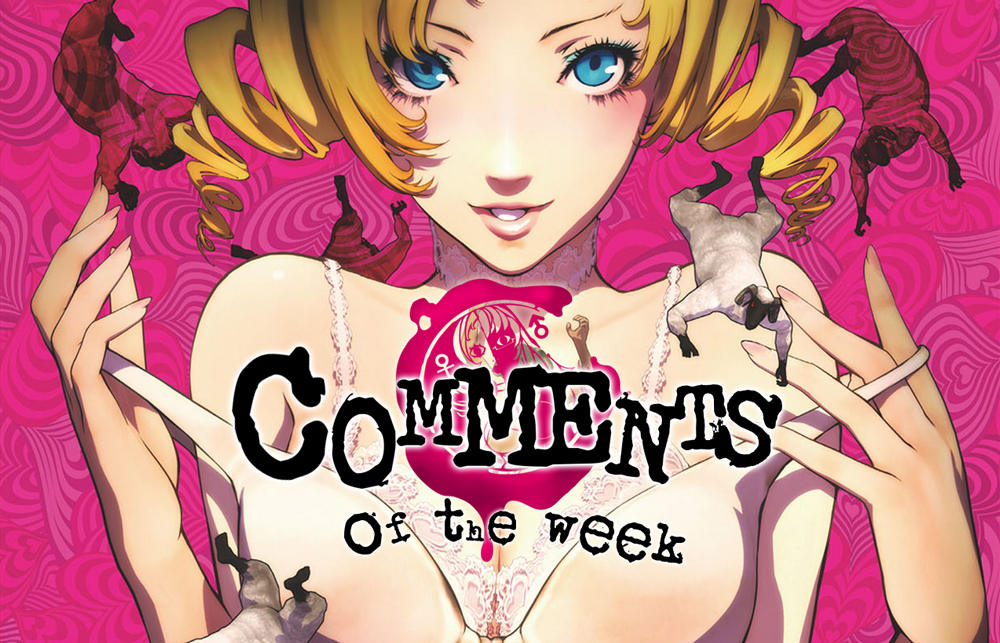 Hello my little sheep, FakePlasticTree here yet again to bring you this week’s edition of Comments of the Week. I know this is sudden/random but here’s some alcohol trivia to compliment the new theme:

Beer is a beverage that is made by fertilizing  malt with animal manure, as well as factory-made nutrients. Although, some breweries have found a way to produce beer by malting barley with human urine into a perfectly-consumable beverage. The beers themselves don’t contain any actual human waste, only the necessary nutrients to make the malt grow like a normal beer. The manufacturers have dubbed it “beercycling” as it functions as a way of preventing attendees of various European Festivals from leaking into the wild, which harms the environment in the long term, but instead have them turn it into a valid resource for making more beer. Think about that next time you consume an eco-beer.

And that was the alcohol trivia of this week. Let’s get to the comments!

FakePlasticTree: This kinda feels like the appropriate true ending in line with Chloe’s characterization. 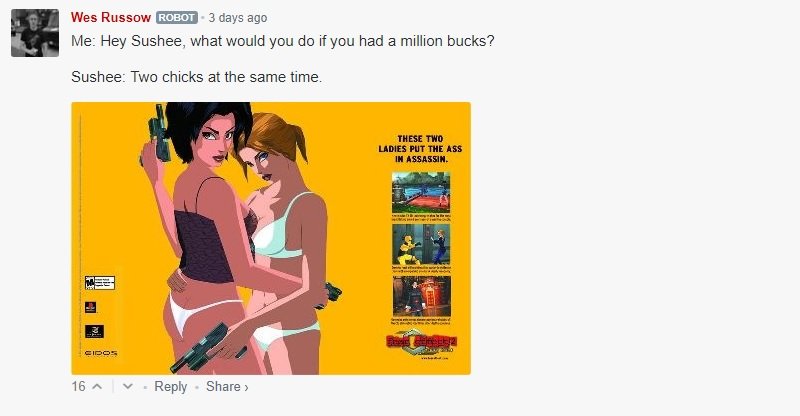 FakePlasticTree: We all know what it was that poked holes in those sweaty pubescent pockets at the time.

FakePlasticTree: BioWare’s plan all along was for Andromeda to play out like the 1960s Batman show, which I would say met with favorable results.

Jabba the Hutt is getting a Star Wars spin-off movie, which is obviously Oscar bait

FakePlasticTree: It is. The actual plan is for a Jar-Jar Binks animated spin-off to be produced by Dreamworks.

FakePlasticTree: The journey of game development begins with the first teaser…then a few delays.

FakePlasticTree: Suzuki certainly wasn’t kidding when he said he wanted to keep it “consistent.”

FakePlasticTree: I prefer Goku Light myself.

Final Fantasy has a pizza promotion for you folks down under

FakePlasticTree: If things don’t work out for Square when it comes to games, they’ve got a bright future in the ad business, or lending a professional ear to the development of a future Cooking Mama title.

No SNES Classics left? Have a SNES-themed 3DS XL instead

FakePlasticTree: We couldn’t possibly have predicted that…oh wait I already did that joke once.

Bubsy: The Woolies Strike Back set to release this October

FakePlasticTree: Everything. Bubsy did everything right.

FakePlasticTree: Among all these delicious apple pies being made this year there needs to be at least one containing a snail to balance out the spectrum.

FakePlasticTree:  Awwwwww sheeeeeeet son. I did enjoy the game though.

Rumour: No SNES Classic in Quebec due to language restrictions

FakePlasticTree: What’s all this aboot?

FakePlasticTree: We’ve all been taught a valuable lesson: Just keep complaining until our dreams come true. 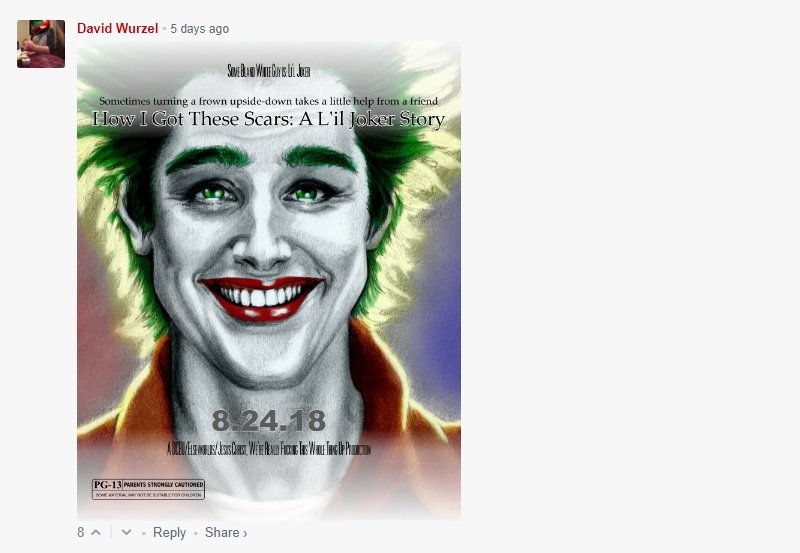 FakePlasticTree: If you gotta make a Joker-based origin story, you’re better off making it multiple choice.

Mario + Rabbids Kingdom Battle is getting a season pass

FakePlasticTree: My kingdom for a battle!

EA: Mass Effect will come back when it’s ‘fresh and exciting’ again

FakePlasticTree: EA is the manifestation of all of life’s hardships ready to smack you in the ass like a college freshman.

FakePlasticTree: Andromeda left quite an impression.

Death Stranding is about ‘creating connections at a different level’

FakePlasticTree: I remember it vividly, when the news would report on the Soviets invading Afghanistan using teleporting zombie soldiers and hoverplatforms.

Director of Final Fantasy XV says a sequel is unlikely

FakePlasticTree: She’s a media darling, the camera wants to father her spin-offs.

FakePlasticTree: They are the ones carrying the weight of the world, they can’t just decide to.. .”expand!”

Overwatch’s Mercy gets a huge rebalance, Resurrect is no longer an Ultimate

FakePlasticTree: Alright, which one of you mothereffing Genji’s said they needed healing?!

FakePlasticTree: I didn’t know how sold I was until I received it.

Overwatch’s D.Va is getting some tweaks, and a new ability 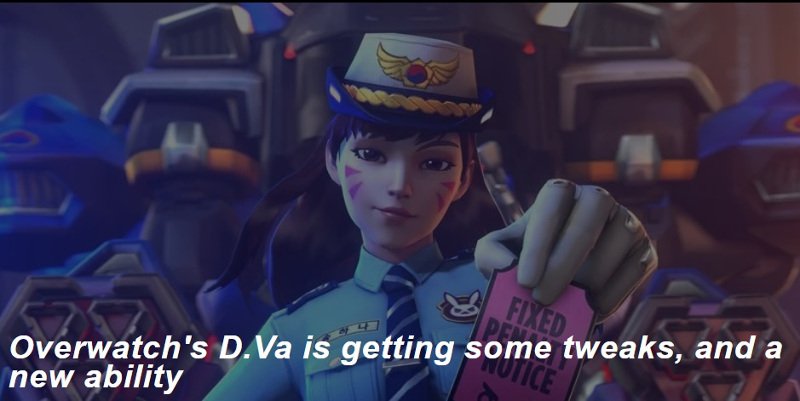 FakePlasticTree: As an avid Zarya player, I feel the character could use some more lovin’ to make her tanking more viable. The idea is to not try and turn Overwatch into every other shooter, Blizzard.

FakePlasticTree: I like to think this is like Mario Kart. It’s their special get-together-unwinding-after-work-activity scheduled for every Sunday.

FakePlasticTree: Ah, the days of the old Tomb Raider where you’d spent your time backing Lara into a corner to get a good look at her juicy…thighs. 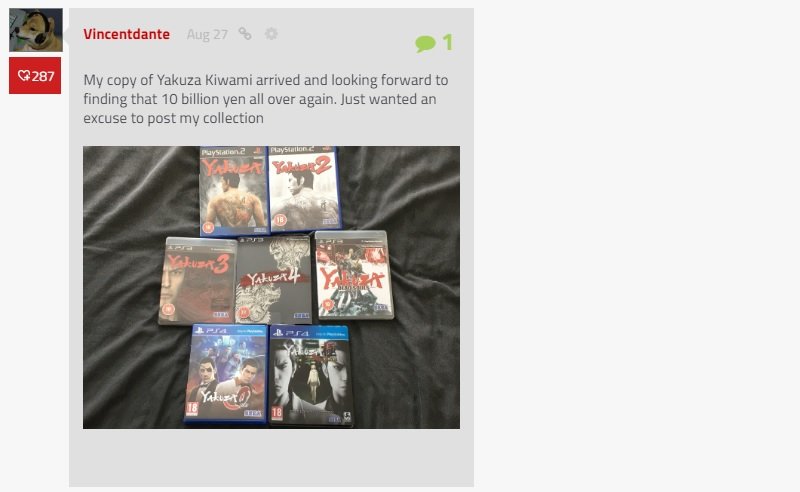 FakePlasticTree: Your attempts at buttering me up with your Yakuza collection has undoubtedly…succeeded.

And that’s it for this week, folks! Apologies for the short delay, it happens to the best of us but I wanted it to be top notch and not a rush job. Next week we’ll get another rendition of our very bobby from ol’ London town, LimoMaker, with his delightful commentary of that of a true gentleman.