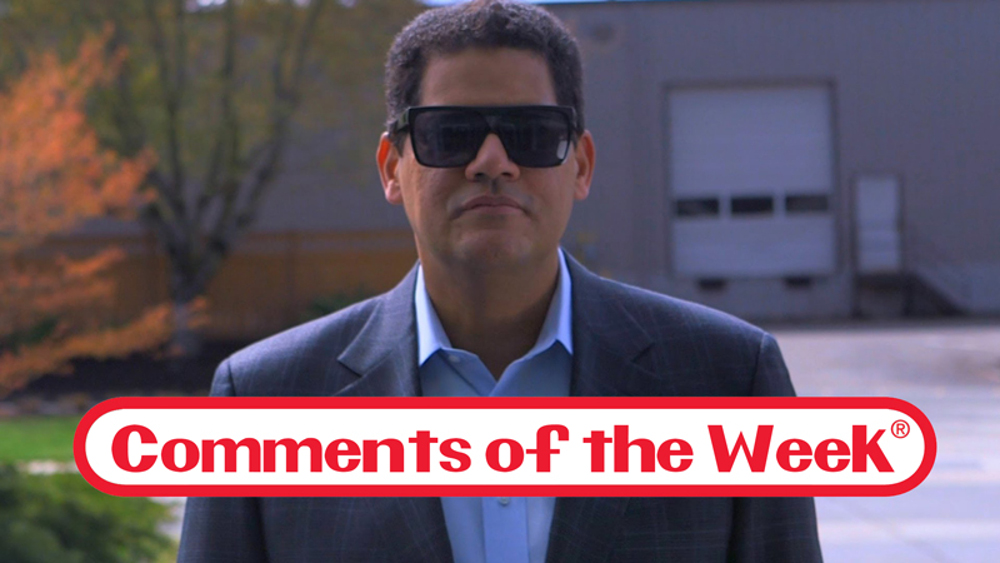 Welcome back to another installment of the previous week’s best comments, or “Comments of the Week,” as we like to call it. You all are stuck with me this week!

As always, this blog will feature all of Dere’s comments, as well as any other comments that are at least half as punny!

The first of Hollow Knight’s free DLC is here

Two Pokemon Go veterans take down a Legendary raid by themselves

Gmana: One refused to comment on the victory, the other would only say, “Smell ya later!”

Gmana: Kids are so sensitive these days.

Gmana: I already do these steps during normal play. I’m ready!

Gmana: Both of these worked for me; now I’m somehow part of the CotW team!

My struggle with amiibo addiction

Gmana: It will be featured Tilda end of time, or Til someone forgets, whichever comes first.

Gmana: That isn’t even his final form. *Only Dragon Ball joke I know*

Gmana: She has caring beyond her years…

This Legend of Zelda: Breath of the Wild themed cooking episode is making me hungry

Gmana: Hopefully it doesn’t get the Old Yeller treatment…

That’s all for this week! Look forward to some fun and exciting changes starting next week. For instance, next week will be hosted by… … …Perro! I hope I pronounced that right.

Will you see me again in five weeks? No!

Filed under... #Comment of the Week#comments of the week#Communitoid#Community#Community Badassness