Hey there dudes and dudettes! It’s your friendly neighborhood loaf of bread, Lawman, here to provide you with another week of heart-pounding, head-kicking comments! You’ll laugh! You’ll cry! You’ll scream bloody murder! You’ll do all of the above! Or maybe none of it! I don’t know, I’m not hiding in your bushes outside your window watching what you do on your own computer. I’m in one of the trees instead, and from this angle it’s really hard to make anything out.

Now I know that people love their comments segmented, compartmentalized, split and stripped and cuffed and – I might be going a bit too far here. Either way, I have your comments separated into handy-dandy sections! We’ll start with:

What do you want to see revealed at E3? 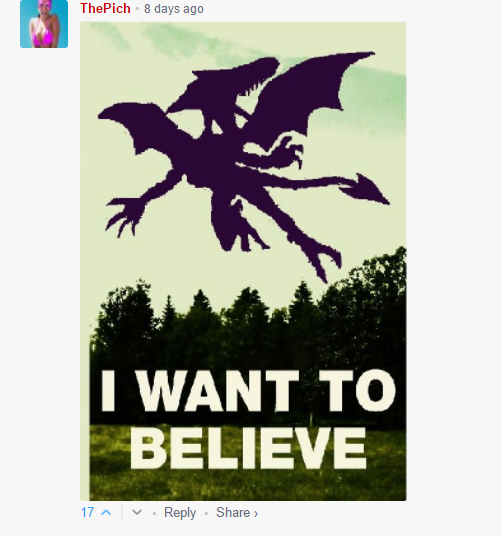 Lawman: Every year we always hope for more Monster Hunter, and every year Capcom delivers. 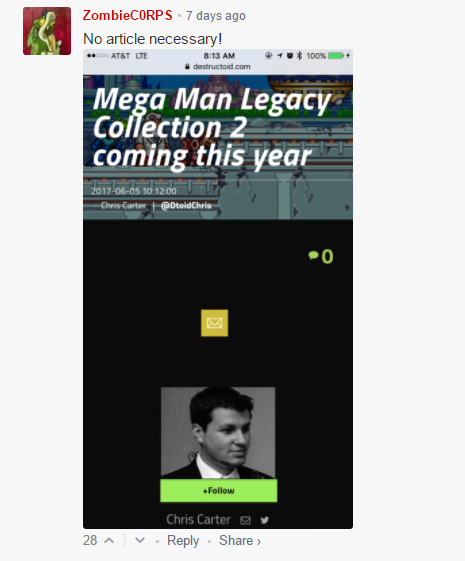 Lawman: Sometimes, words just get in the way of the message. 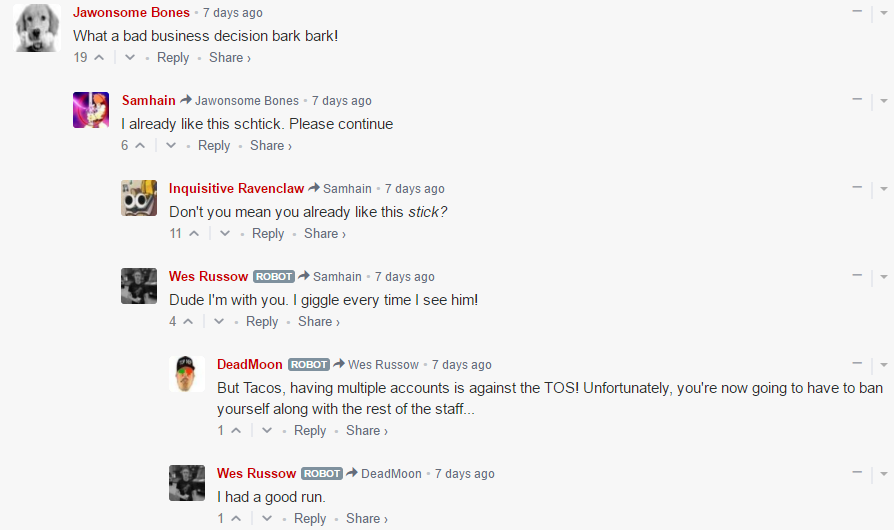 Lawman: We have Donald Trump, Matt Damon, and now a doggamn dog. Between that and the Dtoid robot overlord/mascot we’d have a hell of an NBA Jam team.

Lawman: I hope this is not Chris’ moisturizing lotion… 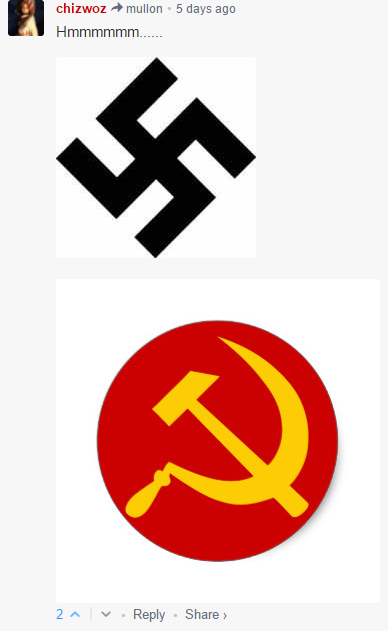 Lawman: It could be worse…it could be the turd emoji.

Lawman: It’s all pun and games until Occam’s shows up, and then it gets delirious.

Lawman: Don’t we all buddy, don’t we all. Now you might’ve noticed that I cut most of the rest of this comment, so there’s no real context for this. And in my view, none’s really needed. More important questions remain, like is that the sort of thing Crane sees when he gets gassed or would he be into it? Does Batman get gassed and imagine his butler dropping a Gotham Steamer on him? These are the important questions. 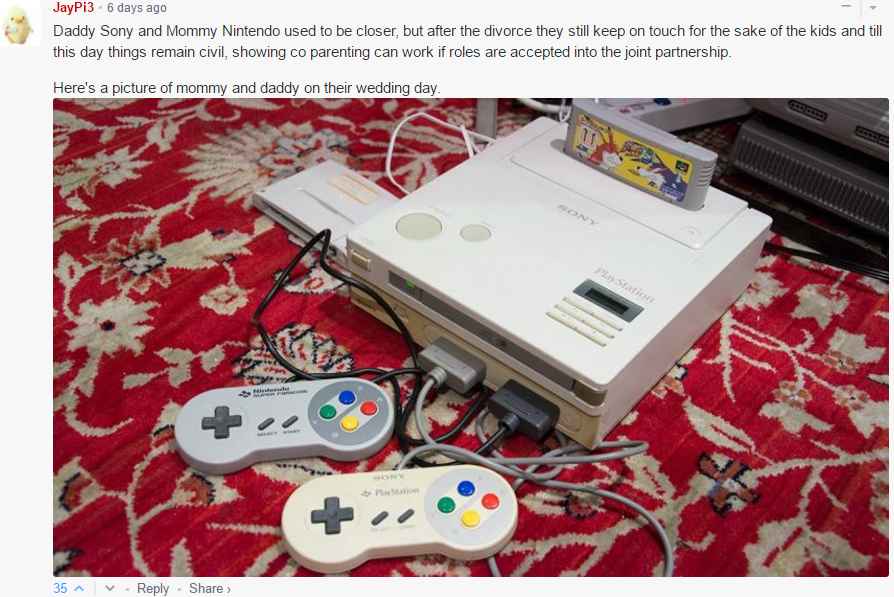 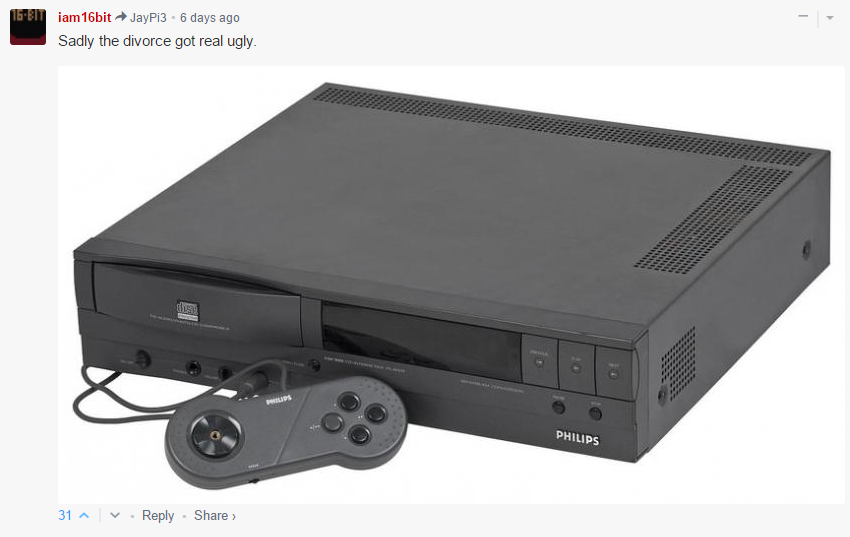 Lawman: I really wanted a CD-i as a kid. They were always playing those late night infomercials, and I’d appeal to my dad for one, and he’d look at the price tag and say, “I dunno…” Part of me realizes I ultimately dodged a bullet. Part of me still wants Flashback and Zelda on it, no matter how much I’d just wind up regretting it. 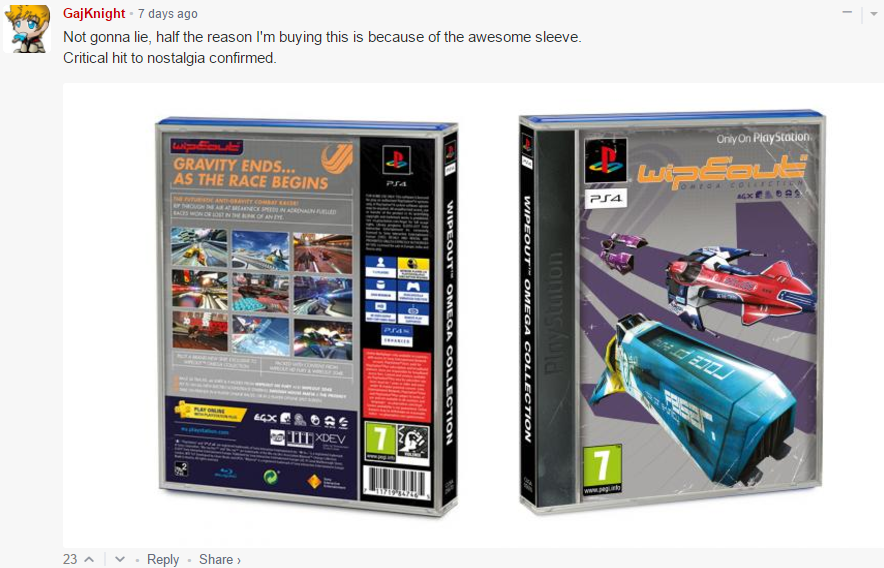 Lawman: The Persona 3 soundtrack I bought recently comes in a jewel case very similar to a PS1 multi-disc case and it’s the best thing ever. More game should do this! It’d be super-fitting for the Crash trilogy.

Lawman: You must be in the minority then. Nobody wants old games. Just ask Sony!

Images of Nintendo World at Universal Studios Japan crop up 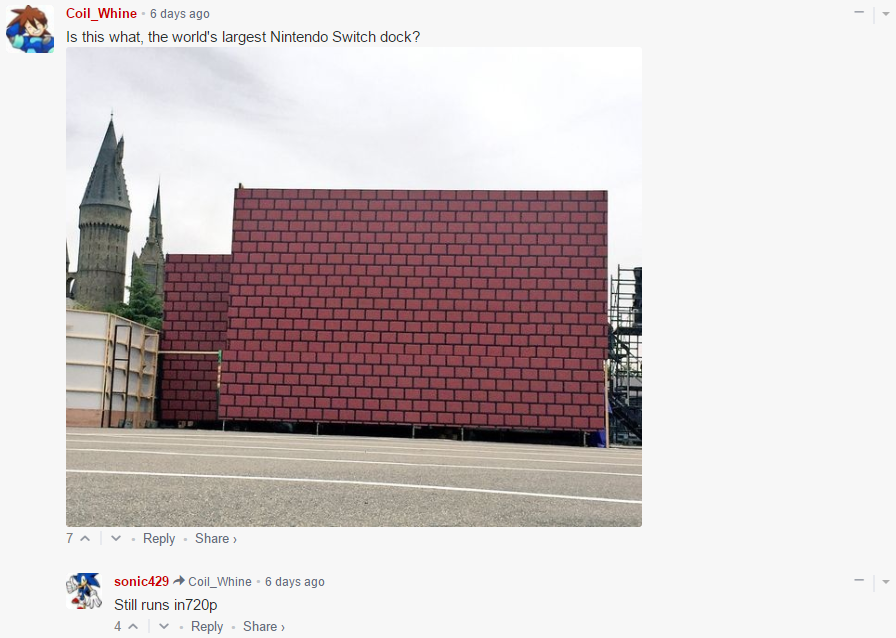 What are the biggest questions you want answered at E3? 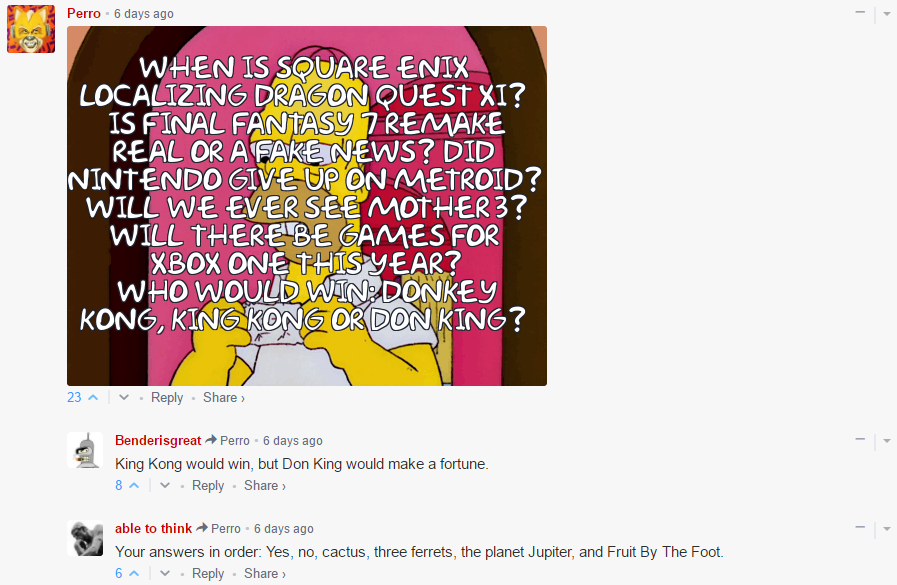 Lawman: Who would win in a fight between Mike Tyson, M. Bison, and pro wrestler Terra Ryzing? Also why didn’t Microsoft give us another goddamn BattleToads! The ball was in your court MS! 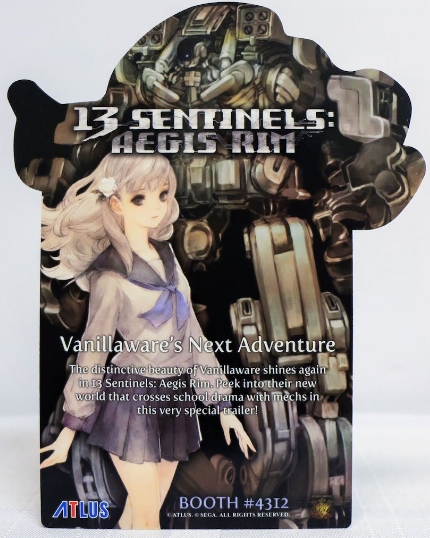 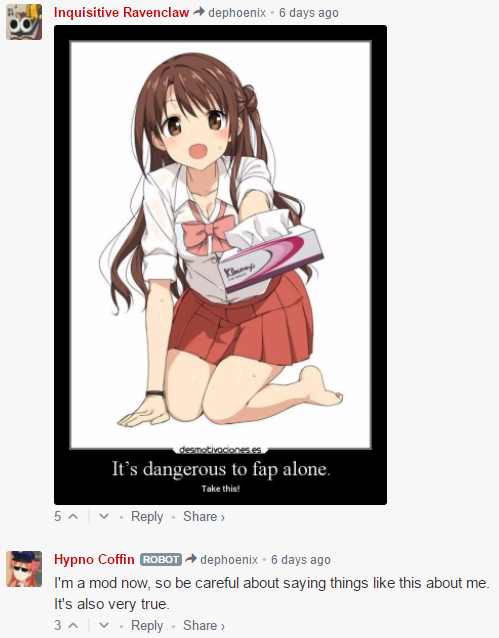 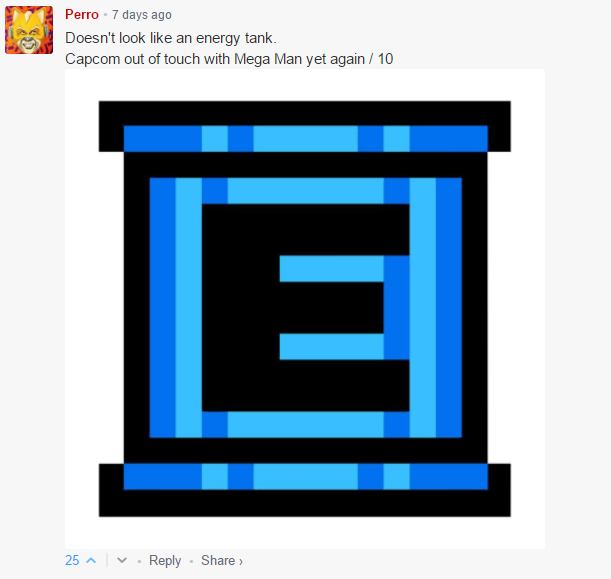 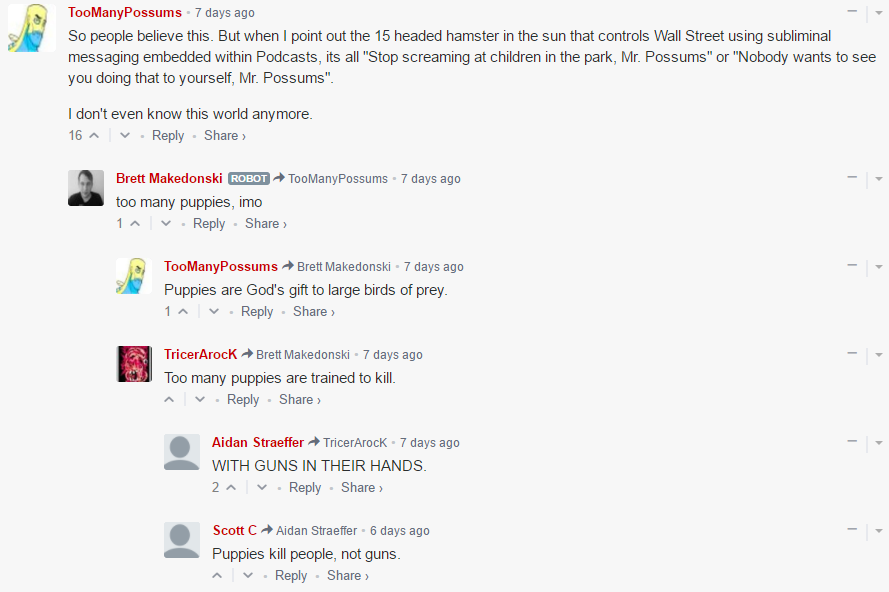 Lawman: Too Many Possums are coveted for their critical thinking abilities for me to ignore this bit of info. I’m going to keep my eye on it with my Ouija board that changes the weather based on where I put Skittles on it. Also, dogs kill people…got to keep my eye on Jawonsome Bones as well.

Lawman: I entered the room and the boss fight started, I made a mad leap as Drac’s fireball parted, then he stood aghast at a smell most tarted, I tried to use mist form…but instead I farted.

Lawman: I keep telling everybody I come across that all Microsoft has to do to win E3 is announce a new goddamn BattleToads already, in case that wasn’t clear by now. Then they get scared off by my Rash Halloween costume and I need to make new friends. Maybe I should put pants on next time…? Nah.

What the big three have to do to ‘win’ E3

Lawman: Now I know what you’re thinking. This looks a lot like the last featured comment, doesn’t it? It’s a bit redundant, isn’t it? Well there’s two things you didn’t consider: 1. This man has like 120 years experience in games journalism or something and he is absolutely correct. Symphony of the Night is the remake we need and the remake we deserve and the remake we something something else. Oh, 2. This is my Comments of the Week and I do what I want.

Lawman: You know, true story, when I was a kid I dreamed of going to E3. I even got super-jealous when the guy that ran the rental store I’d go to got an invitation. Nowadays, my only dream is to avoid crippling debt for as long as humanly possible. 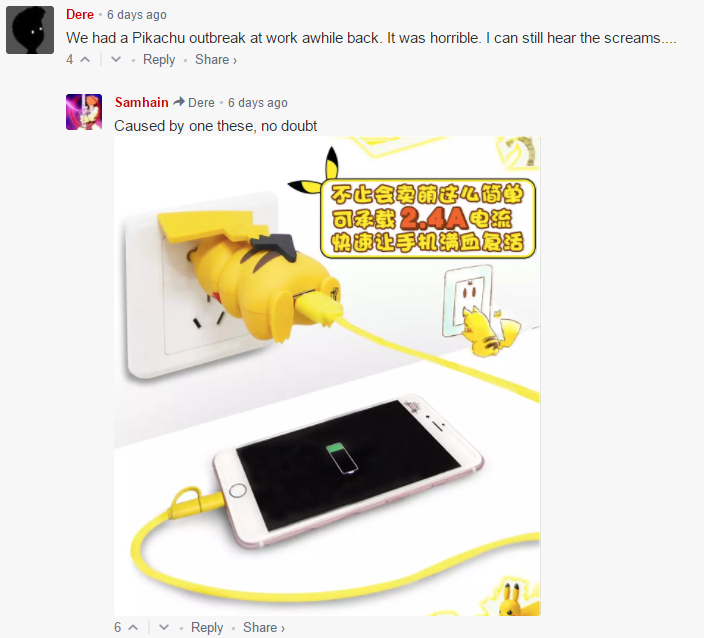 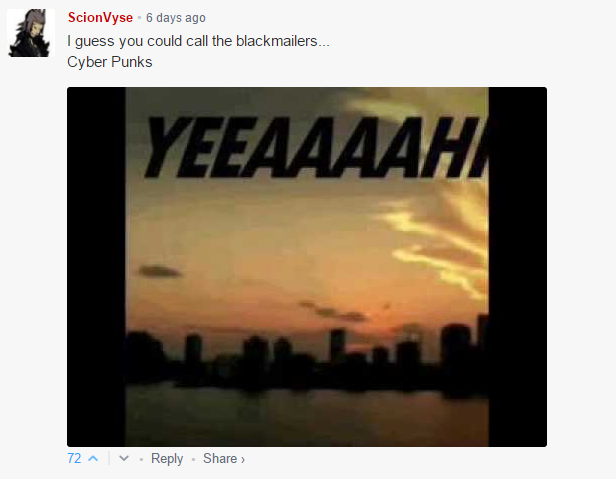 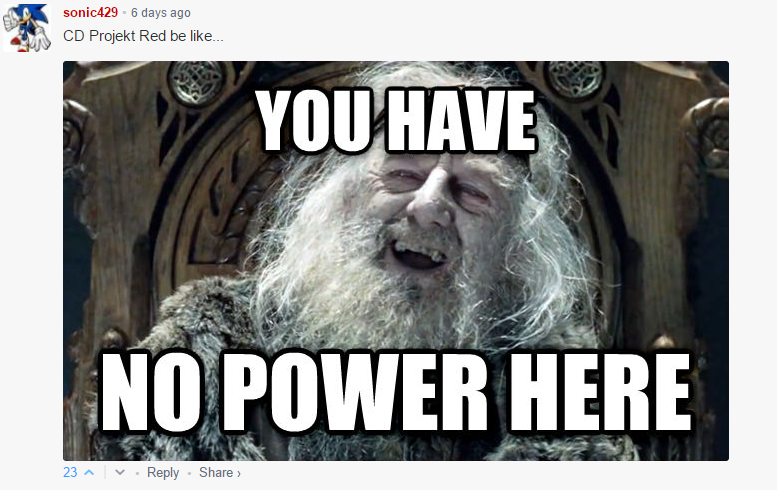 Lawman: I’m not honestly sure what the thieves would hope to achieve, outside a good stint in jail. Maybe CD Projekt Red said something bad about its customers? It could say we’re equivalent to dried turds set out in the sun for three weeks and smelling like unholy death and burning animal carcasses, and they still earned enough goodwill from me with The Witcher III that I couldn’t rightly care.

Lawman: Because it might not be clear, HFIL, or Home For Infinite Losers, is the censored name for Hell in certain versions of Dragon Ball. Yeah, I didn’t know/remember either. At least 54 people did. All of them nerds! 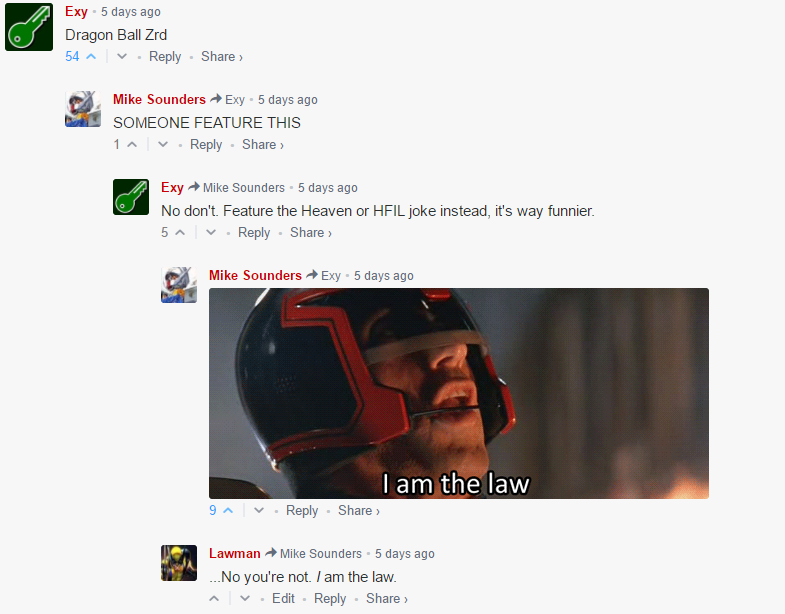 Lawman: That’s one of the nice things about doing your own Comments of the Week…you get to feature yourself rather blatantly! Pay’s lousy though.

Activision promises a ‘special announcement’ for Crash during E3 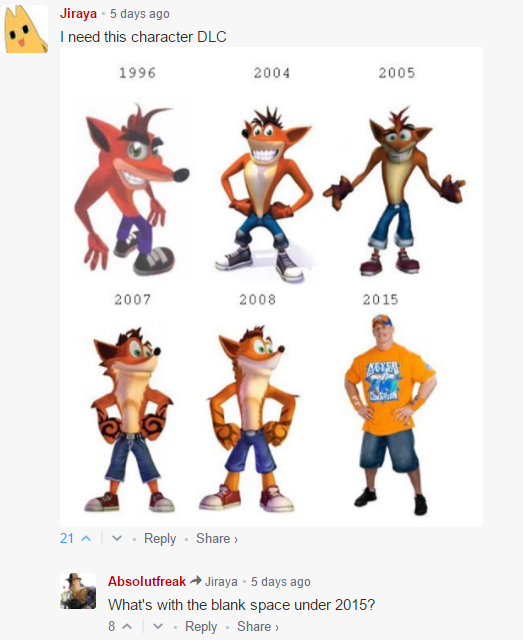 Lawman: Who’d win in a fight between John Cena and the invisible man? Doesn’t matter really…no one would see it anyway. Yeah yeah, I know that was corny. STFU about it.

Lawman: I think Russia would really get behind this. After all, better Red than dead! Also, better “…” than “….”. But better than “…!”? The world may never know.

This Quake vinyl could be the perfect drug 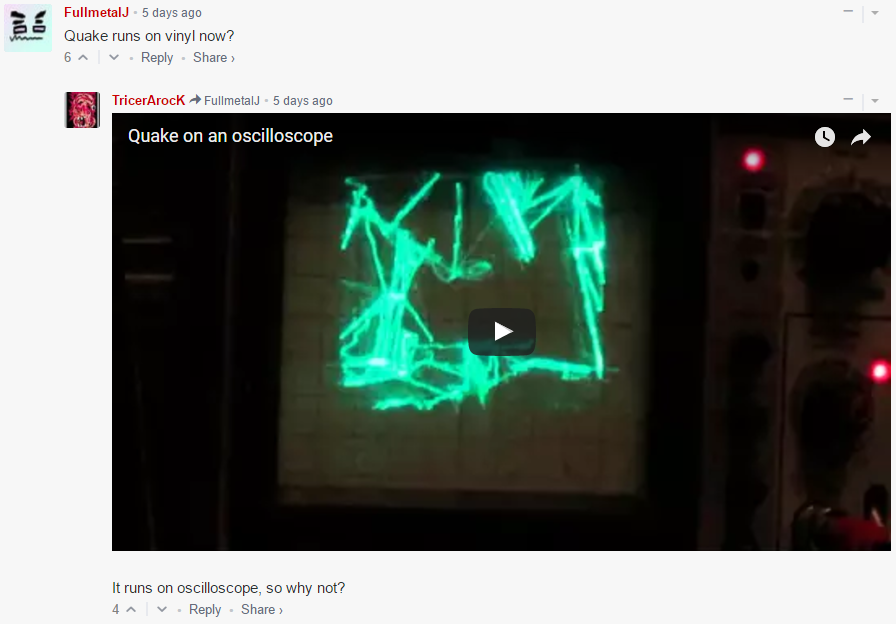 Lawman: It is said that, back in prehistoric times, cavemen used to pass time by carving a playthrough of Wolfenstein 3D on cave walls. Then when they discovered fire they’d burn mock-ups of Doom maps into each other’s backs. Cavemen were real assholes, thinking on it. 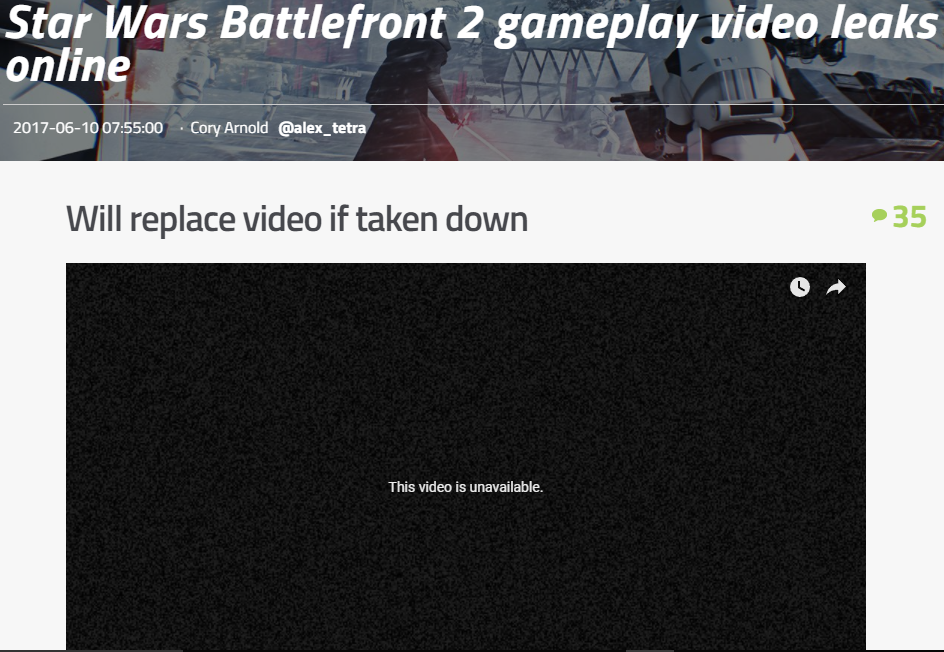 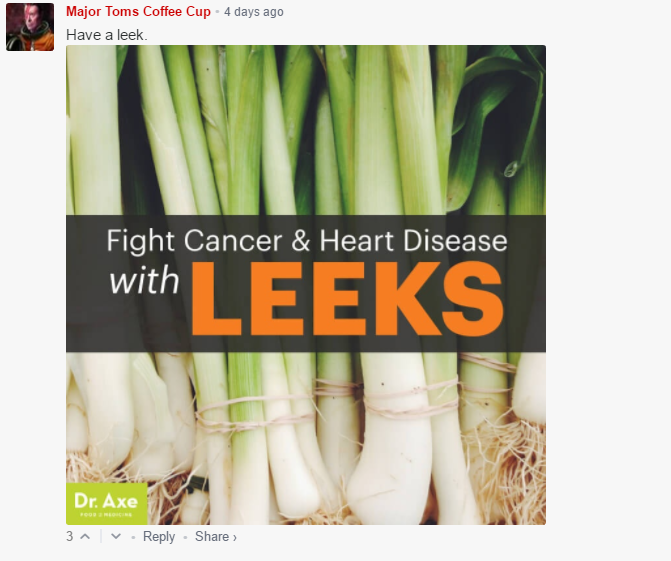 Lawman: I love leaks, personally. Local hooker doesn’t even charge me for that.

A Shrubbery: About the only way it could be more Ubisoft is if they threw the Tom Clancy name on it, threw in guns everywhere, and all the Egyptians were suddenly terrorists because why not I guess? ‘Merica? 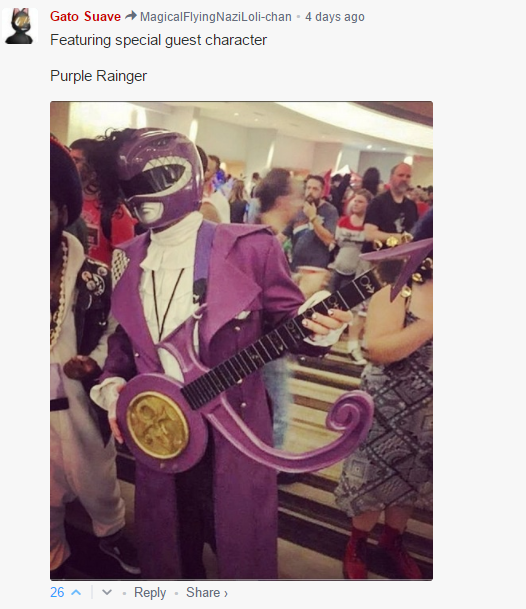 Lawman: All I’m thinking now is that an amiibo of that symbol would be impressive…and probably pointy enough to lead to lots of gouged eyeballs and lawsuits from angry parents.

Pete the Dragon: I certainly have memories of Magitek enemies ten levels higher than my crew spawning around the Regalia over and over and forcing me to fight them to get back to my car. I’ll spare us the nonsense and not call those memories fond. That said, the Benny Hill theme makes everything better! It was played during my second week of work and it almost made working not-miserable.

Billy Ray Cyrus: Note to self: Watch both alcohol and Jawonsome Bones very closely. No one has to die!

This is it for another riveting rendition of the Comments of the Week! A super-special shout-out goes to ZombZ for the awesome banner pictures and header! He’s the sweetest there is and if anyone disagrees then the claws come out. Be nice or pay the price! Destructoid’s resident most personified Personaphile, FakePlasticTree, has next for the COTW, so give him a warm round of applause when he shows! Also, I fell out of your tree and I’m feeling a bit concussed. Your ass better call Phoenix Wright because I’m suing you! You shouldn’t leave a dangerous tree in a spot like that! You should know better.