Welcome back to Comments of the Week for a special fully stocked December edition. We’ve got Final Fantasy XV comments! We’ve got comments about The Game Awards! We’ve even got piping hot ‘n fresh PlayStation Experience comments! Come on in and browse this incredible selection curated by me, Fuzunga. All for the low, low price of absolutely free. It’s a feast for your eyeballs!

Not only doesn’t he know what video games are, he’s never heard of the Hot G Vibe either! (And if you also don’t know what that is, make sure to google it only in the comfort of your own bedroom.)

Lunatic Beats Pokemon Sun and Moon with Just a Magikarp

Little known fact, if you manage to finish the game with a Metapod you’ll be awarded a Presidential Medal of Freedom.

Don’t harp on The Karp!

IF YOU HACK IN THE GAME, YOU HACK FOR REAL

Aww, One of You Made a Destructoid Shirt for Animal Crossing

Remember kids, when someone tries to touch you inappropriately, don’t tell your mom and dad because that’s a little secret between you and your uncle Reg.

The Last Guardian’s Director has a Message for Fans

A touching note from Fumito Ueda ended with a rather questionable sketch:

Nah, it’s probably just from the part of the game where Trico takes an extended nap. Right…?

Who Would You Want to See in Marvel vs Capcom 4?

I was on board with this until…

Scrooge McDuck? Wait… Disney used to make an Uncle Scrooge comic book. If they did it today, they could publish it under Marvel which means that Scrooge McDuck would technically be a Marvel Comics character. You know what that means? Half-Life 3 confirmed, probably.

One of the Mystery PlayStation Experience Panels is for Death Stranding

I wasn’t sure what to think of Death Stranding before, but I’m totally on board after reading this.

I have to agree here. The 3DS has slowly become one of my favorite systems ever with its incredible library of games.

Oh, There’s One More Final Fantasy XV Launch Trailer with Eminem in it

Here, Raiku demonstrates the paradigm shift within the commenting sphere to streamlining sustainability:

Honestly, I kind of just wanted to have an excuse to post this video.

A Stunning New Zelda Trailer Kicks Off the Game Awards

That’s just crazy talk. It’s like asking what would happen if Metroid could crawl.

Dauntless Sounds Like it Could be PC’s Monster Hunter

Sad but true. It looks so much like everything else that I don’t even want to give it a fair shot.

So would this game star Sugar Ray Leonard or the band Sugar Ray? Or both?

Space Hulk: Deathwing Looks Like One of the Better Warhammer 40k Adaptations

Okay, but what’s with the size difference here? Is the cat huge or is the man tiny? Why were they engaged in a trust exercise? I need answers!

Did Anyone Else Want to be a Nintendo Power Line Counselor?

Nintendo is pretty secretive. For all we know, it was actually like that that whole time. It’s probably like Willy Wonka’s damn chocolate factory in there!

He’s the cousin the Zon family avoids talking about at family gatherings.

This seemed like an obvious joke, and yet nobody else went for it. Pandafresh seized the opportunity.

This was the most relate-able comment of the week to me. Only Halo super-nerds will share this sentiment, though.

These two very different takes on the new Uncharted DLC announcement pretty much cover all the bases, and they’re both absolutely right.

Every 2D fighter should look like Guilty Gear Xrd! I have an eye-gasm every time I look at that game.

Akuma Kicks off Season 2 Roster of Street Fighter 5 on Dec. 20

Akuma has been revealed for Street Fighter V: 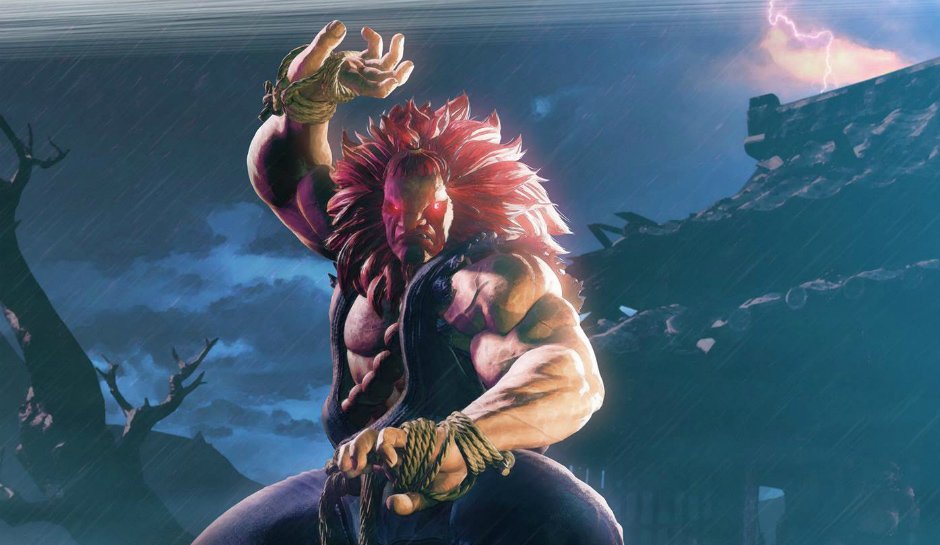 It’s easy to joke about Akuma’s new mane, but remember that bullying is a serious issue among Street Fighters. Please consider making a donation to Street Fundr to help stop this epidemic.

Knack 2 Gets a Quick Announcement, Co-Op

This weeks “Commenter of the Week” is FullmetalJ for this perfect Zinger. There is nothing I could possibly add to this that would make it better.

Thus concludes this double-stuffed Comments of the Week. This time next week, everyone will have shard their opinions of The Last Guardian which I’m sure will be completely civil. I’m pretty excited regardless, though! Final Fantasy XV and The Last Guardian released within a week of each other? Not even in my dreams.