Earlier in the week, Disney revealed two teaser posters for the Prince of Persia: The Sands of Time film, set for a May 2010 release.

We criticized it, not because of what you’d expect. Jake Gyllenhaal as Prince Dastan looks pretty good, the costume and pose reminiscent of the second game in the trilogy, The Warrior Within. And Gemma Arterton (as Tamina… wait, who?) is a pretty woman, and we’re not going to argue that.

But the font. Oh dear, the font. The poster generated some discussion, and provided us with our Comment of the Week. 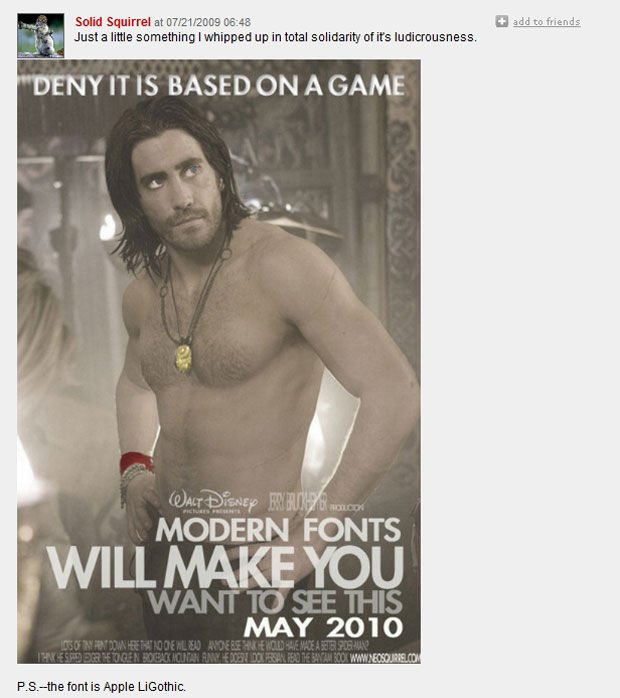 Disney should have already made a job offer to Solid Squirrel. This mock-up poster sums up our thoughts exactly; even the fine print is hilarious. (Squint real hard).