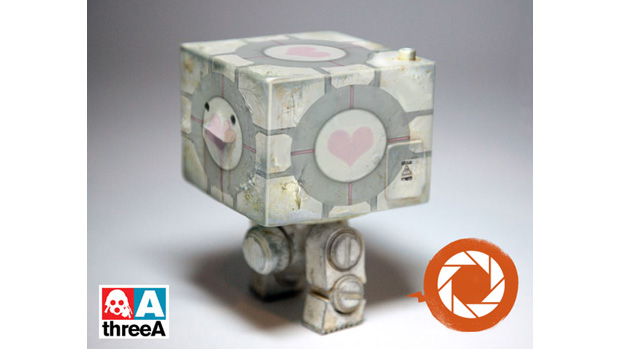 The other week, threeA Toys announced a partnership for a series of goodies based on Valve properties. As a refresher, threeA has made some pretty sick stuff in the past, like that $400+ Metal Gear Rex figurine. The company will probably come up with something pretty spectacular for Valve, right?

Above is the first piece of the partnership, the Companion Square. It’s… well… wut? It’s got legs and there’s a duck face on it. Looks like someone had a run-in with the gene splicer. Probably the same unfortunate accident that created Brundlefly. In truth, it’s just a variation of the Square line of robot figurines. I can’t say it’s not adorable in a disturbing way, honestly.

No pricing or availability info yet, but I personally wouldn’t mind owning one of these freaks of nature.