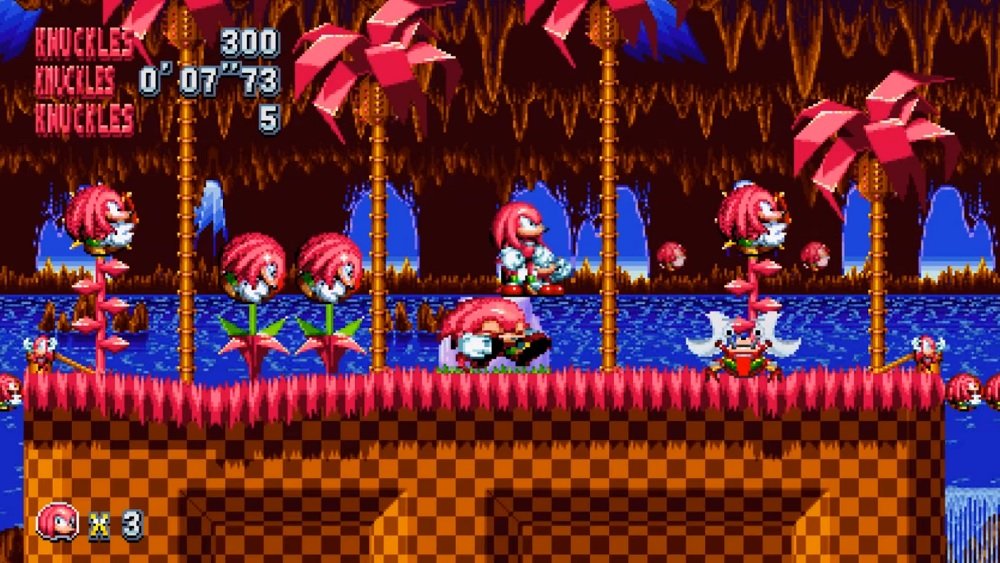 More Knuckles than you can shake a fist at

One of the joys of games such as Sega’s Sonic Mania landing on PC is the sneaky allowance for fun, community-based mods to appear. This amusing endeavor, “Knuckles Mania”, by EX Falchion, brings one of the blue blur’s supah-edgy friends to the spotlight.

Based on a long-running joke that Sega “attached” Knuckles to multiple Sonic games upon his creation (via the Sonic & Knuckles cartridge), Knuckles Mania sees the dreadlock-sporting echidna (it’s a spiky anteater, or something) completely take over the new title.

It’s Knuckles as protagonist, Knuckles as enemy, Knuckles as boss, Knuckles as stage asset, Knuckles everywhere, which really raises the Edge level by a good 63% or so, as well as turning the whole game a delightfully garish shade of pink.

So, if you fancy doing the five-knuckle shuffle, the Knuckles Mania mod will be available at somepoint in the future, lurking within the Shangri-La we know as the fan-mod community.