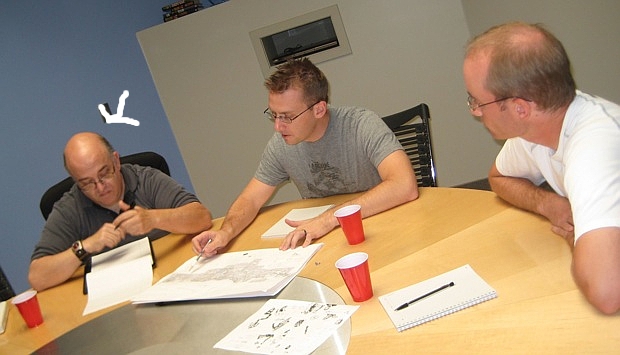 Xbox LIVE Arcade title Shadow Complex is looking quite tasty for a downloadable title. Powered by the Unreal Engine and created by developers with a love for side-scrolling and platforming, it appears as if this is a thing we shouldn’t miss. It seems doubly so if we take a second to consider who penned the script: famous comic book dude (Wolverine, Spider-Man) Peter David.

Yesterday, Epic Games and Microsoft revealed Peter David as the guy who wrote the original story for the game and announced that its events run parallel to sci-fi super writer Orsen Scott Card’s Empire.

An Epic Games, uh, game with the potential to have an awesome story? Count us in.

Shadow Complex hits Xbox LIVE Arcade on August 9 as part of Microsoft’s Summer of Arcade promotion. It’ll be 1,200 Microsoft Banana Dollars, so get ready to put down some major cash if this looks like your thing. (Or, you know, wait for our review or download the demo.)