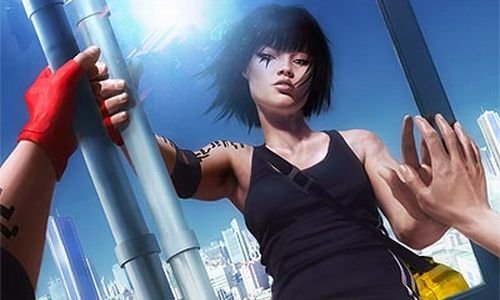 The comic is being brought to life by artist Matthew Dow Smith and written Rhianna Pratchett (also responsible for the game’s script). The book will introduce the title’s protagonist, Faith, and the network of couriers (“Runners”) who hop and skip acros rooftops delivering packages and eluding “the man.”

“The unique graphic style offered by the comic book genre is perfect for taking fans through [Faith’s] backstory,” says DICE senior producer Owen O’Brien. “Frame by frame, page by page, we’ll learn more about the evens that shaped both her and the city.”

EA and DC will be distributing the first issue of comic and displaying Mirror’s Edge at Comic-Con this week, booth #5233. Do some crazy parkour-type s**t over the smelly crowd of nerds and make your way over if you get a chance.