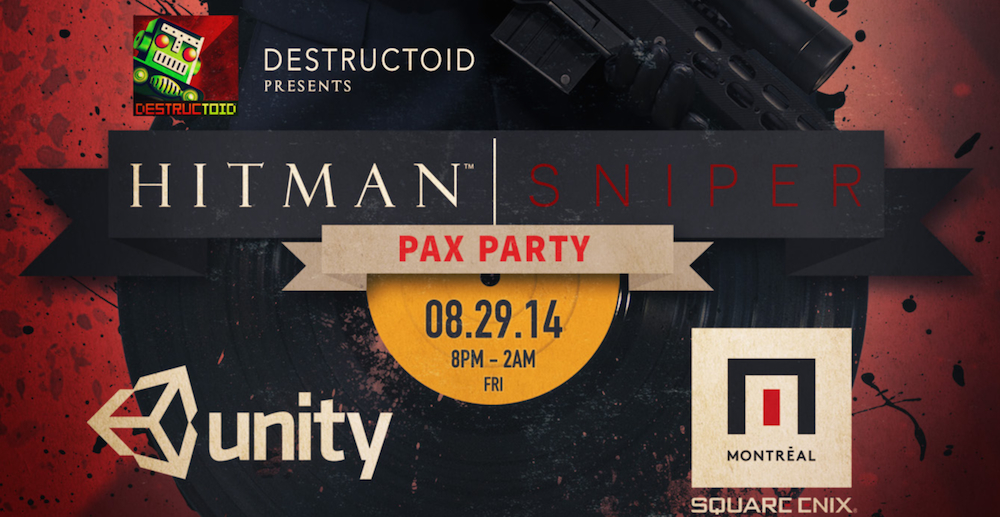 Win a part in Hitman: Sniper and eat poutine!

Destructoid is teaming up with Square Enix Montréal and Unity to throw a Hitman: Sniper PAX Prime 2014 party!

You’ll have a chance to play Hitman: Sniper before its release and compete in a high score contest where the grand prize winner will get to have their face and name added into the game as a villain for Agent 47 to eliminate. Yup, you can win a part in an actual videogame!

Other prizes will be given out over the course of the night including gear provided by Razer, rare collectibles, and free drinks. Plus we’ll have live music by RAY.VS, our very own Grimecraft, and Sabrepulse. 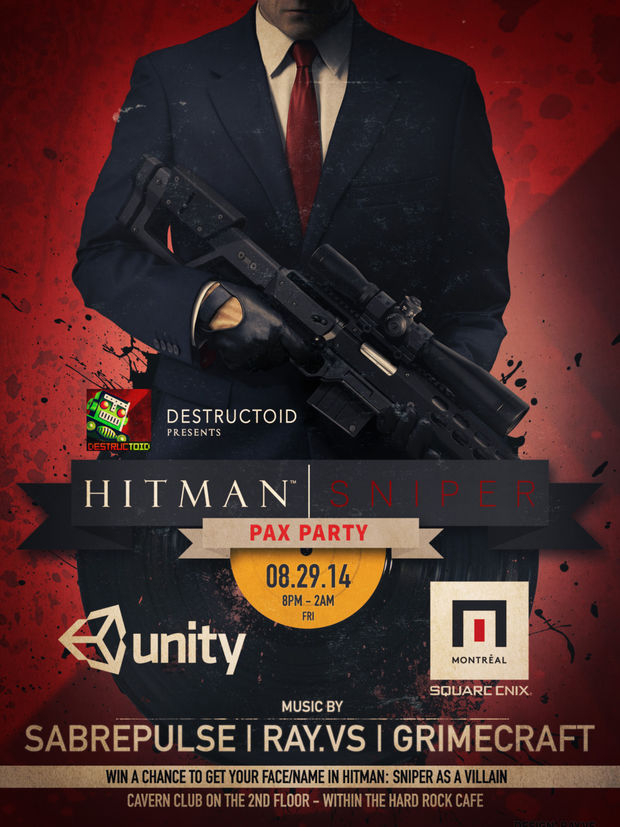