In case you missed it, I had a blast playing Street Fighter V. I spent three hours playing against other journalists and developers from Capcom, and I learned so much about what this new title is all about. Given that they’ve been so tight-lipped, it was refreshing to see them become so open about its development and what they learned. I truly think the fans are in for something neat for this one.

During the event, I took some time away from the game to chat with Peter Rosas, also known as Combofiend. As one the most well-known players from the Fighting Game Community (FGC for short), he’s competed in many events and won some pretty exciting victories. Speaking of which, here’s his most famous match. Because of his knowledge and talent for fighters, and his gift with communication, he landed a job at Capcom working on the very titles he’s spent countless hours playing. As one of the premiere voices for the upcoming Street Fighter V, he offered a unique perspective on the development of the game. Not only is he one of the developers, he’s about as hardcore of a fan as you could get.

We had the chance to talk about the series’ legacy and what Street Fighter V aspires to be. 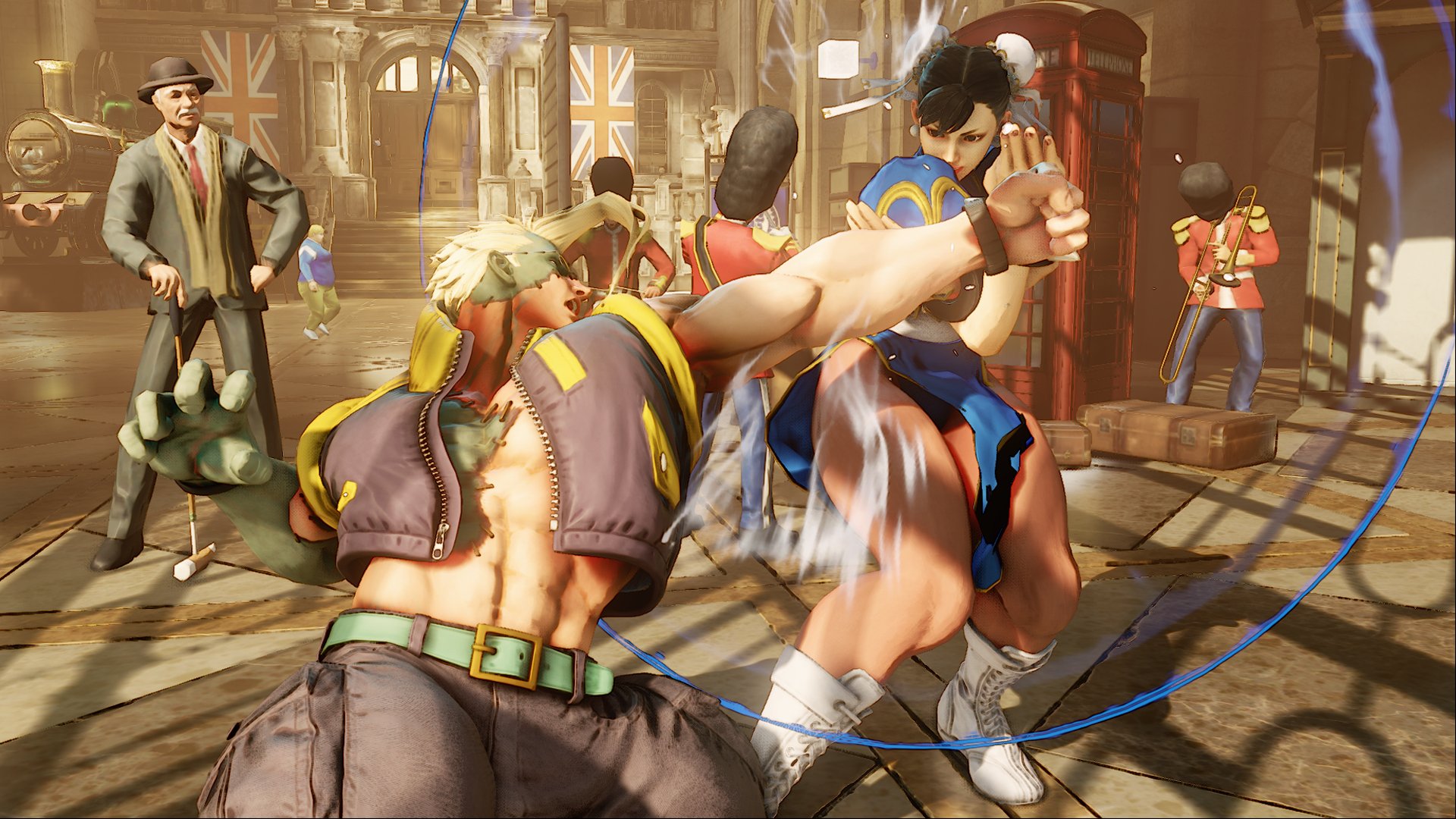 In many ways, Street Fighter V seems to represent a culmination of many different aspects of the series as they’re reaching a fever pitch. With the developers spending many years honing their craft, and the growing popularity of a community of fans that share their passion with others, the genre seems to be in the strongest state yet. In the last decade alone, popularity for the fighting genre exploded thanks to the Internet, and the sharing of many great moments from tournaments. During our chat, Peter “Combofiend” Rosas spoke about how Street Fighter V will bring together many different eras of SF fans, as this new installment will features elements they’ve come to love over the years.

Understandably, when there’s a new installment to a popular series coming, people are curious about the changes and upgrades. While they’re excited at the prospect of the new entry, there’s still the budding anxiety of having to master a brand new system that may or may not contradict strategies they’ve spent years improving. In order to cushion this a bit, the developers took a long look back at the series and decided to incorporate elements from the past and re-contextualize many strategies and tactics into the new system in place here. Rosas elaborated that each character will feel more unique because of it.

“What we did was look at all the good things we’ve done over the years versus all the things players didn’t necessarily like, so there are SO many good things, positive mechanics that people loved over the years,” explained Rosas. “So we wanted to focus on that aspect, while also having the game feel new and fun. We thought the speed from Super Street Fighter II Turbo was appropriate, so we sped the game…but then, we also wanted each character to feel like a unique experience. When we looked at the V-Skills, we saw an opportunity to see how each character will feel different.” 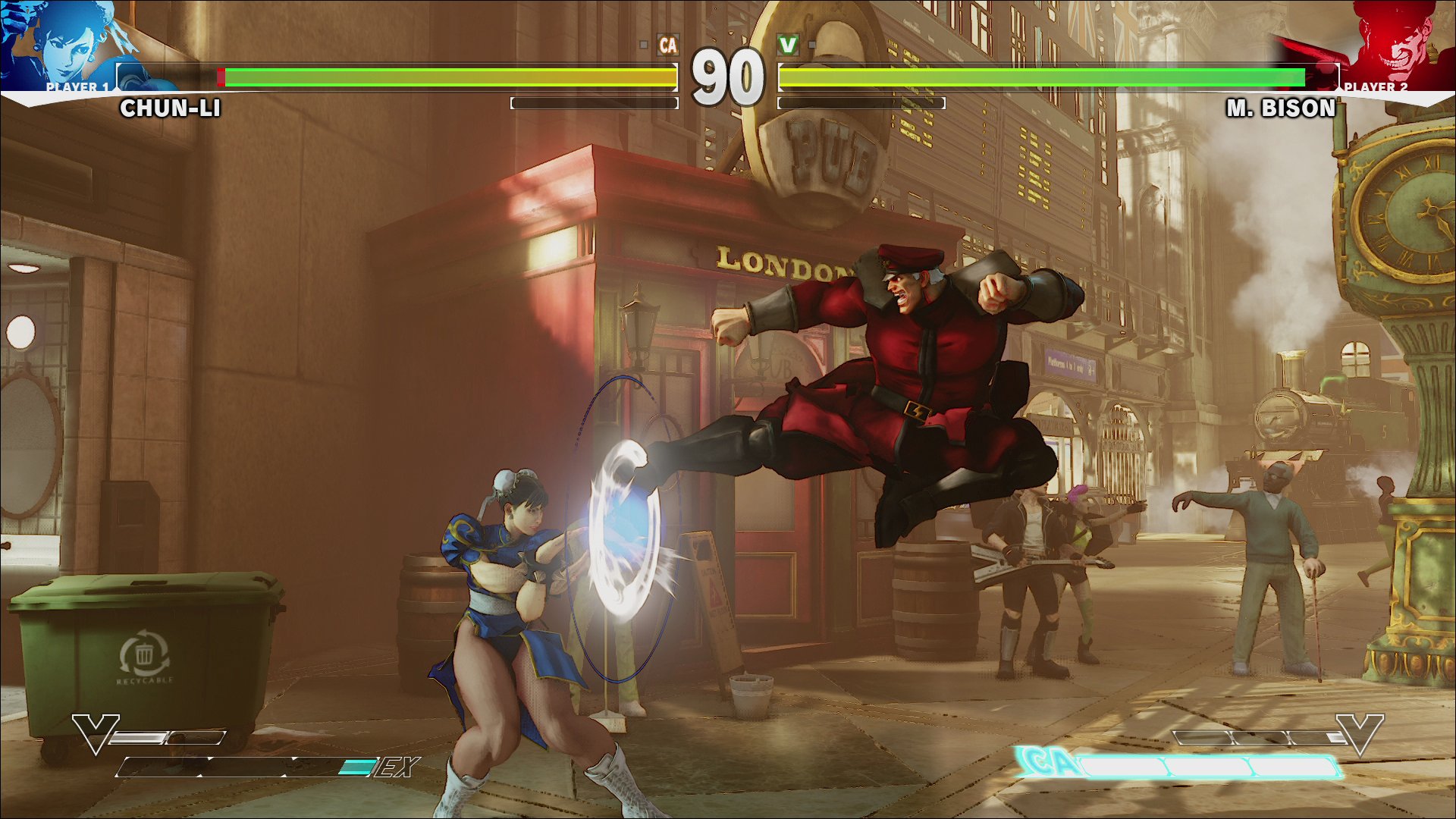 One of the more shocking announcements from Capcom, aside from the return of Nash, is that Street Fighter V will be a PS4 exclusive release on consoles. Understandably, this upset many fans who haven’t taken to the new hardware yet, or just simply own an Xbox One. Though the title will also be released on PC, there’s still that air of unrest, despite knowing that this title is developed with a partnership from Sony and Capcom. Thankfully, the folks working on the game hope to remedy things with the cross-play feature. Players will be able to compete against each other regardless of their platform, and do so seamlessly.

“That was extremely important to us, to make sure that all the players are together,” said Rosas. “Because previously, you had people on one console, then on another console, then ‘PC master race’ over here, but the way it goes is that that’s never been possible before, and our partnership with Sony has allowed us to do so. We definitely want people to finally be able to compete; everybody is going to be able to play everybody and we’ll truly see who the best Street Fighter is.”

Over the years, the FGC has grown in a big way, bringing together long-time and new fans to the series. However, there are many who feel daunted by the complexity of the genre and competing against more seasoned fighters. In Street Fighter V, the developers hope to balance things out as they focus on accessibility while maintaining the hardcore element. Rosas spoke about the brand new Variable System, which not only features a lot of nuance, but also gives newcomers more options to use against the vets.

“[Accessibility] was the one thing we wanted to maintain. For this one, we wanted to make sure everyone could access all the cool stuff. That being said, V-Skills are just two button presses, but they are unique for each character. The V-Trigger is the strongest unique ability that’s accessed by pressing heavy punch and heavy kick together, so anyone who may have been intimidated playing Street Fighter because they couldn’t access all the things that guys with high dexterity could, they can now do that. It goes back to that old-school feel where a fireball and an uppercut and pressing a few buttons could win you a few games. It goes back to the basics where you can just concentrate on the core mechanics, where it becomes a mind game versus more of a dexterity game.” 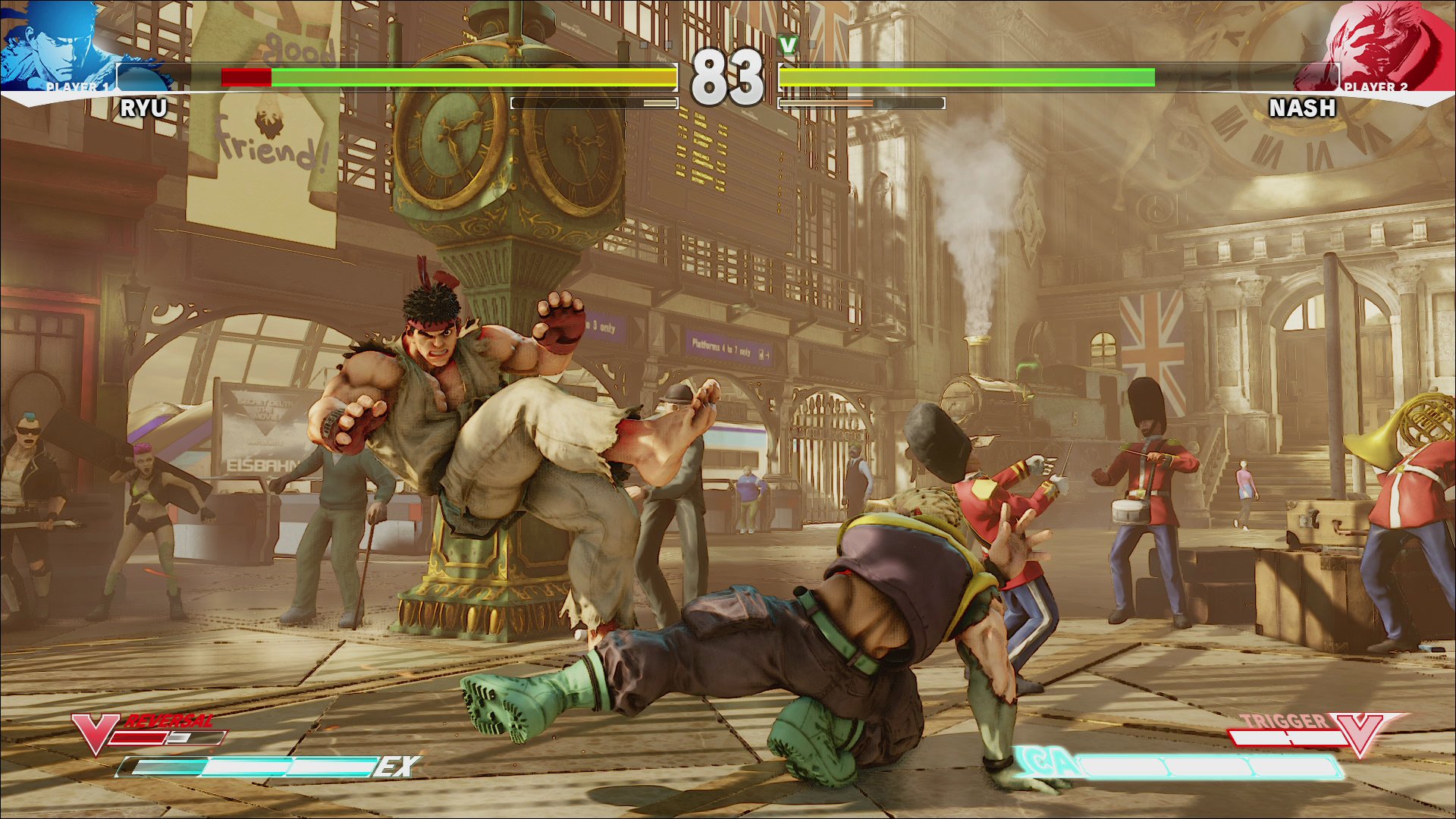 Obviously, one of the most talked about aspects of any Street Fighter is the roster. And with this title setting itself at an interesting point in the SF timeline — and yes, I tried to ask when but they wouldn’t spill the beans — it’s making everyone very curious to see who will pop up next. The folks at Capcom have clearly been listening to what fans want to see, especially after conducting surveys and other forms of outreach. Though they obviously can’t say who will show up next until they’re ready to, Combofiend did share some thoughts on the developers’ rationale and thought process behind the roster for SFV.

“We looked at a variety of sources,  but we wanted to make sure that with the roster we selected, it was characters that people would enjoy and it would be fighting styles that would be properly represented in the game, and also to make sure that everything put into the game had meaning. “

He elaborated that even the returning characters, some of whom have been present since the beginning, will feel new in the fifth installment. The Variable System aims to reinvigorate the classic SF formula substantially.

“We wanted all the characters to feel fresh, and to feel familiar,” he explained. “Ryu still has his fireballs, Chun-Li still has her hundred kicks, but at the same time, we wanted [them to be] unique to Street Fighter V. So when were looking into the V-Triggers, we thought ‘What would be really appropriate for the characters?’ […]We made sure that all the abilities played to the characters and their personalities.”

I was pleasantly surprised by his frankness regarding the scope of the game’s ambitions, while also discussing the importance of community. Given his deep ties to the FGC, and that they’ve been helping to keep the series relevant for all these years, there’s a clear respect for the fans who have spent so much time with the titles. While there’s still many details we don’t know about, the folks at Capcom assured us that it’s important to keep things a surprise.

Though it’s still a ways out, Street Fighter V is shaping up to be an exciting title. I was eager to go hands-on with the title before E3, and I wasn’t alone in saying that they’ve got quite a title on their hands. The fans are going to have a field day analyzing all the details and speculating what’s in store. I’m very anxious to see what Capcom reveals next.

For more info on Street Fighter V, check out my hands-on impressions of the game.