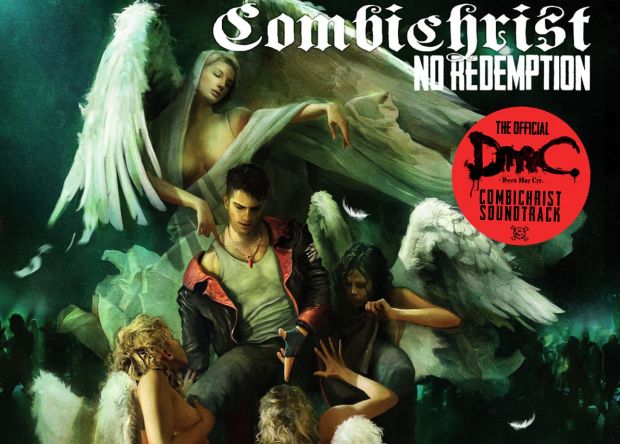 Did you know DmC: Devil May Cry features two full blown soundtracks? Noisia released their 36 track album earlier this month, and consists of mostly of dubstep, electronic and ambient style of music for the game. It’s available on iTunes, or you can listen to most of the soundtrack on Noisia’s Soundcloud page.

The other soundtrack is by the band Combichrist, and their 13 track album was just released on January 25. The band composed No Redemption entirely for DmC, and you can expect a heaping dose of aggrotech style music featuring heavy metal and loud screaming.

I loved the music in DmC while I played the game, but not really digging either album by themselves. It’s weird. Goes perfect as you’re going S-SADISTIC, but not really feeling it as I type up emails this morning. Go figure.