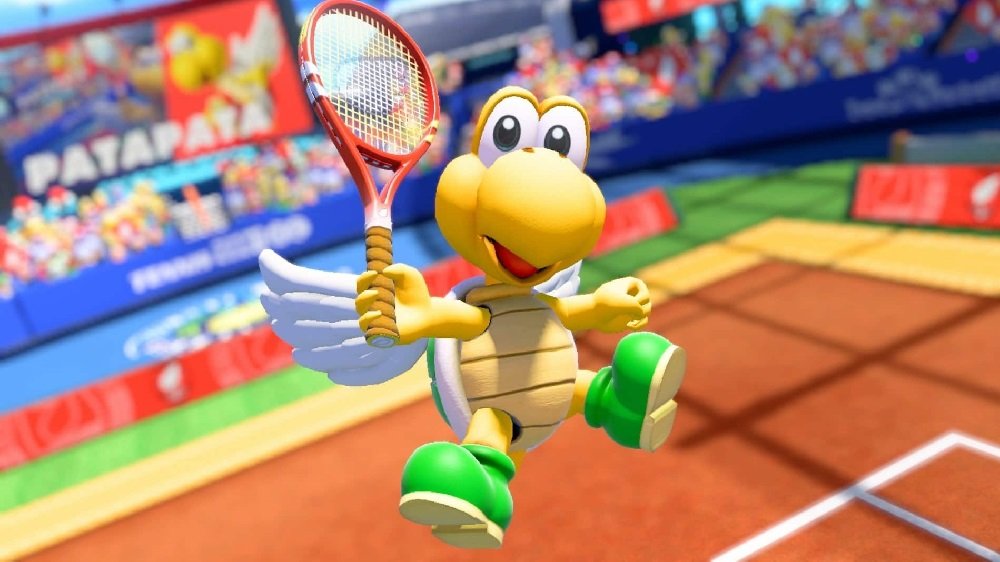 Back on the court this summer

It’s been a minute since we heard any news regarding Mario Tennis Aces, but given the scorching weather we’re experiencing right now, it seems fitting that Nintendo is hoping players will be getting back out on the digital courts this month.

Players participating in August’s online tournament will automatically unlock a colourful selection of Koopa Troopas and Koopa Paratroopers. The unfortunately titled Yoshi’s Ring-Shot challenge also returns for the summer, and will be offering up completion rewards in the form of blue, red, and yellow Yoshis. All of these characters have been rewards previously, but if you missed out first time around, here’s a fresh opportunity.

Originally released in June 2018, Mario Tennis Aces sees a wide variety of characters from the Super Mario Bros. universe take to the court for entertaining – and somewhat silly – tennis matches. Hardly a professional simulation, Mario Tennis Aces is a fun and friendly arcade game that features a selection of physics-defying trick shots and racquet-destroying Specials.