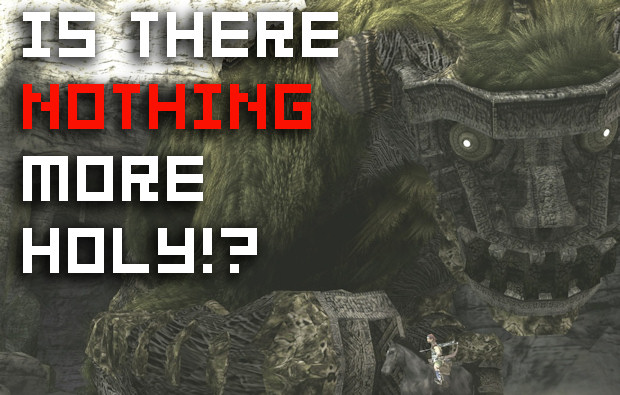 The announcement of a Shadow of the Colossus movie has outraged and/or disgusted nearly everyone in the gamer community so far because of the SACRILEGE! However, the film’s writer, Justin Marks, wants you all to give videogame movies a chance, and seems to truly believe that Colossus & The Hendersons (working title) could be a hot project.

“I think many of the games haven’t worked as movies because it’s hard to find the right game. There are very few that lend themselves to movies,” declares Marks. “If we started thinking that anything that worked in one medium shouldn’t be adapted for another we wouldn’t have a lot of the great movies we’ve had, because so many of them came from novels.

“With a lot of games there are so many elements in the universe you spend your time tearing down and tearing down. What’s nice about this game is that it’s so sparse so you can start building right away.

“With a lot of games you’re caught trying to please the fans and the mainstream audience,” he adds. “What’s so nice about this game is that it’s all seen through such an adult lens, so that what pleases the fans also pleases a wider audience.”

I used to get annoyed by videogame movies, but the way I look at it, it’s just a film, and shouldn’t really impact your enjoyment of the game at all. So what, a movie about Shadow of the Colossus is coming out and there isn’t really anything you can do about it. Get over it and let the Hollywood people have their fun. You still have a great game.