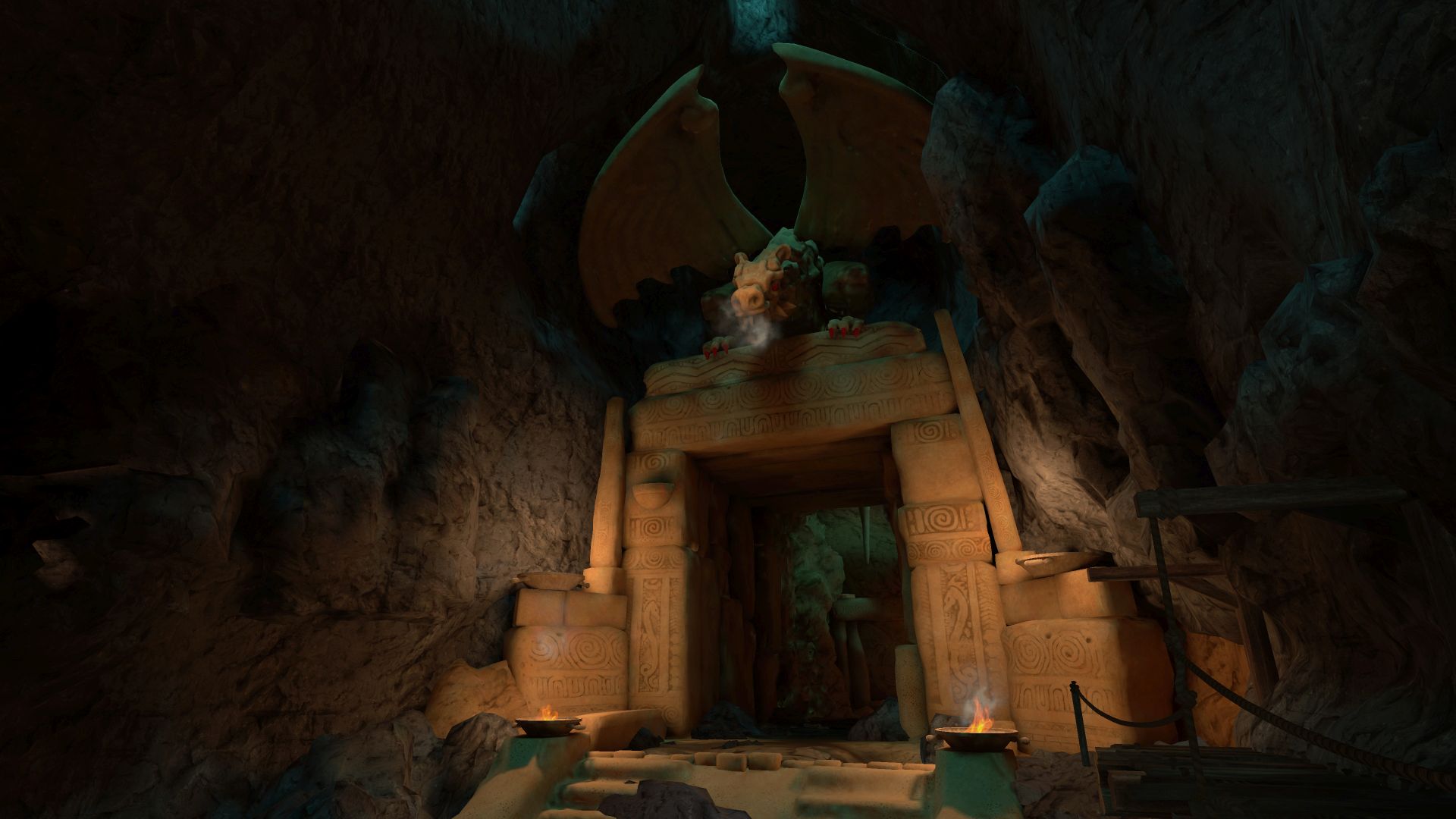 A reimagined classic sets out next month

Ken and Roberta Williams’ 3D interpretation of the classic Colossal Cave is set to launch next month. Colossal Cave will go live on January 19, 2023.

Announced tonight at The Game Awards 2022, the new version of this adventure is coming to Nintendo Switch, PlayStation 5, Xbox Series X|S, Windows PC and Mac, and the Meta Quest 2. Previous generation consoles, the PlayStation 4 and Xbox One, are expected to get Colossal Cave sometime in Q1 2023.

This 3D version of Colossal Cave is based on the original Colossal Cave Adventure, a classic text adventure game. Sierra On-Line co-founders Ken and Roberta Williams have taken that classic and made it 3D, moving from words and descriptions into full-on environments. There’s still a narrator though, to capture some of that original feel.

The goal is to traverse the cave, collect items, and return home safe and sound. Simple, it may seem, until you realize how much danger awaits in the cave.

Find the treasure and escape the cave

Getting a new version of a classic is something that happens quite often in games. But for both this particular game, and the developers behind it, Colossal Cave feels like a cool way to  honor the long legacy games have built up over the years.

I’m fascinated to dig into the cave for myself. This was a segment of PC gaming I never got around to, and it’s been re-imagined by developers who have a lot of respect for the era. And Colossal Cave being playable in virtual reality on the Meta Quest 2 is pretty neat, too. This is a neat convergence point of gaming history to kick off 2023.