Don’t be too hasty!

[Welcome to Collector’s Corner — a community-centric series headlined by Destructoid’s Chris Carter and Bill Platt. We’ll not only be looking at various topics within the collecting scene, but we’ll also share our own experiences, and occasionally highlight community collections too! — Chris & Bill]

With every “next” generation of consoles comes an important decision — what are you going to do with your old systems? While the PS4 and Xbox One loom over our heads this month, most of us can’t help but give our PS3s and Xbox 360s second glances, wondering if we should sell them off to help pay for an upgrade.

But in our experience, it only ends in regret. If you’re thinking of selling off something you’ve created so many memories with, stop and think for a bit. Because in the end, you can wait. 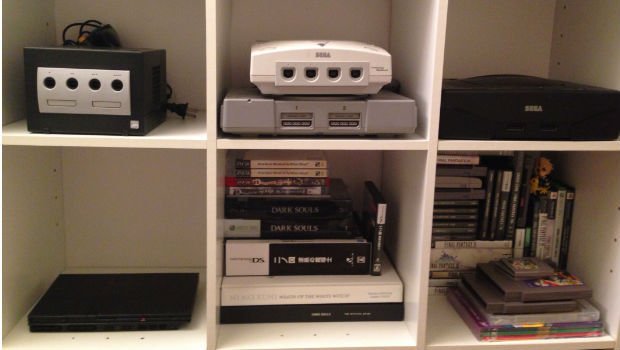 “Should you sell your current console for a new PS4 or Xbox One?”

Let me tell you a short story. A long time ago, I was a Nintendo fanboy. I owned boxes upon boxes of Super Nintendo games that were either gifts from family members, or games I had earned — from doing chores, or shoveling snow for weeks on end. But my tastes changed when the PlayStation released in North America in 1995. Due to some strong-arming from my cousin, I started to make the shift to full-on Sony fanboy, and sold off almost all of my SNES haul to buy a PS1 and a few games (Oddworld and Destruction Derby). At first, I was happy with my decision. But a few years later when I normalized my gaming loyalties, I regretted it.

While you may not be a child or a fanboy in this situation, odds are you have forged memories with your system. Whether it’s the fact that your launch 360 has gone strong all the way through your friend’s Red Ring catastrophes, or that your Metal Gear Solid 4 PS3 still plays PS2 games — odds are you have a small amount of attachment to your system. So why even think of selling it? One day, possibly far off in the future, you’ll be playing some sequel to a storied franchise on your Xbox One or PS4, and you’ll really want to experience one of the older games in the series.

Well, without 100% backwards compatibility available on the PS4 or Xbox One, there’s no real way to do that without an older system. Odds are you’ll take a look at the used-console market, see that sticker shock and weigh the risk of it being partially broken, and give up on re-buying an older generation console. To me, that’s a shame. The modern gaming era is too much about the “now,” with very little focus on where it came from, or what influenced it. While I’m very much a fan of playing all of the newest games, I think it’s equally as important to explore gaming’s heritage, which is why I recently went back and re-purchased all of the consoles I had sold off.

So if you’re even thinking about selling your old system, think again, because you can probably just wait. 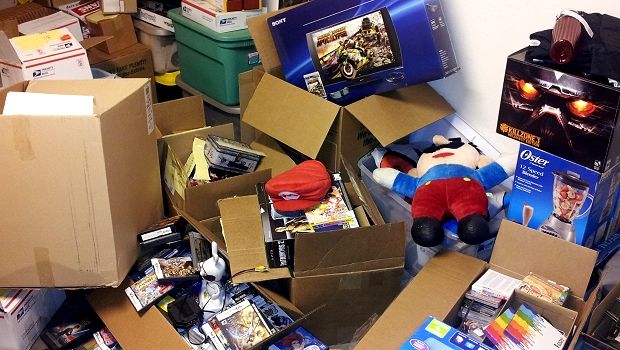 “Should you sell your current console for a new PS4 or Xbox One?”

I’m weird when it comes to buying new games and hardware. I’ve never been a “trade in” kind of guy; I never saw the value in it. If anything, I only saw the devaluation of the whole process. I know trading in games or consoles seems like a great deal. However, from a purely financial point, it makes no sense at all.

My experience with trade-ins has always gone something like this: I go to the store on one of the days when you get extra credit toward your trade-in. The person behind the counter takes my six games and tallies up the trade-in value, resulting in a total of $60 – 100 to use toward anything in the store. Seems pretty fantastic, right? Well, let’s say all six games were bought new, and let’s assume that all games were bought at a retail price of $59.99. That means I spent a total of $359.94 when I first bought the games, a difference of between $259.94 and $299.94. Now imagine that I’m trading in a console. I paid at least $300 bucks for the console; what do you think I’ll get in return? $75.00 – $100.00 if I’m lucky.

Now, let’s assume that you’re okay with taking a loss on your hardware because you just want something extra to take the sting off that four hundred dollar price tag for “Brand new console X.”

So you go to your local videogame store, trade your console in, and get your credit toward your shiny new box of wonders; what wonders are these? New games, new controllers, new graphics, new features, new, new, new! But what happens when the “new” wears off? Oh, and it always wears off. I’ll tell you what happens — you’ll go looking for your last-gen console to play, since you’re probably like everyone else with a huge backlog of games.

The problem now is that you’ve traded your console in, so what about that backlog of games? Sorry, it’s just a stack of games that you can’t play. And do you know why you’ll go back to your last-gen console? Because you’ll have hit the inevitable, “New console game drought.” This drought usually starts around the second or third month after a new console launches, and sometimes lasts for another three to four months. That’s a long time to go with nothing to play on a new console (refer to the Wii U launch for a perfect example of what I’m talking about).

You’ll wish you had your old console, and you may even try to “rationalize” buying another to have something to play. I write “rationalize” because that’s what you’ll end up doing since you’ve already lost money on your first one when you traded it in. Now you’re just throwing more money away by buying something you already had and still could have if you had not traded it in.

Obviously, this is simply my opinion. Not everyone will agree with me and that’s okay. You have to do what’s best for you financially, and you have to do what makes the most since to you because you know your money situation better than anyone else. I’ve been there though. I’ve made these decisions in the past and I’ve always regretted them.

Plus, there are lots of other options to ensure that you have enough money to cover new hardware and games. It definitely takes a certain level of discipline but if you play your cards right you can save enough money to buy a new console without having to give up an old one, especially when you run out of games to play on your new console.