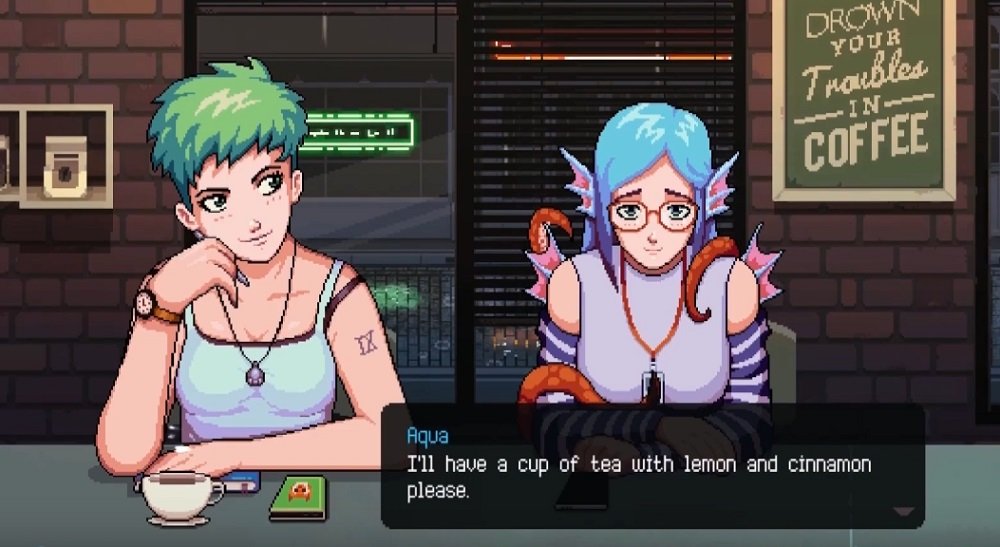 It’s been a little while since we last heard from Toge Productions’ Coffee Talk, but it’s finally time to don your apron, as the fantasy barista sim will be hitting PC and consoles on January 30.

Set in a world of elves, pixies and other fantastical creatures, Coffee Talk will have players tend their needs in a cozy cafe, listening to their tales of woe while preparing a good cup of Joe. Players will interact with these characters via dialogue trees, while being sure to fix up a drink to set them back on the path to happiness, or at least a moment’s relaxation.

It’s impossible not to make comparisons to the excellent VA-11 Hall-A, but Coffee Talk seems altogether a little less intense, swapping the noir-bar fusings for a calmer, jazz-like atmosphere. Fans of Jill’s bartending adventures would to well to check out Coffee Talk when it hits PS4, PC, Xbox One and Nintendo Switch January 30.

Don’t forget to take your laptop, so that everybody knows you’re a writer.