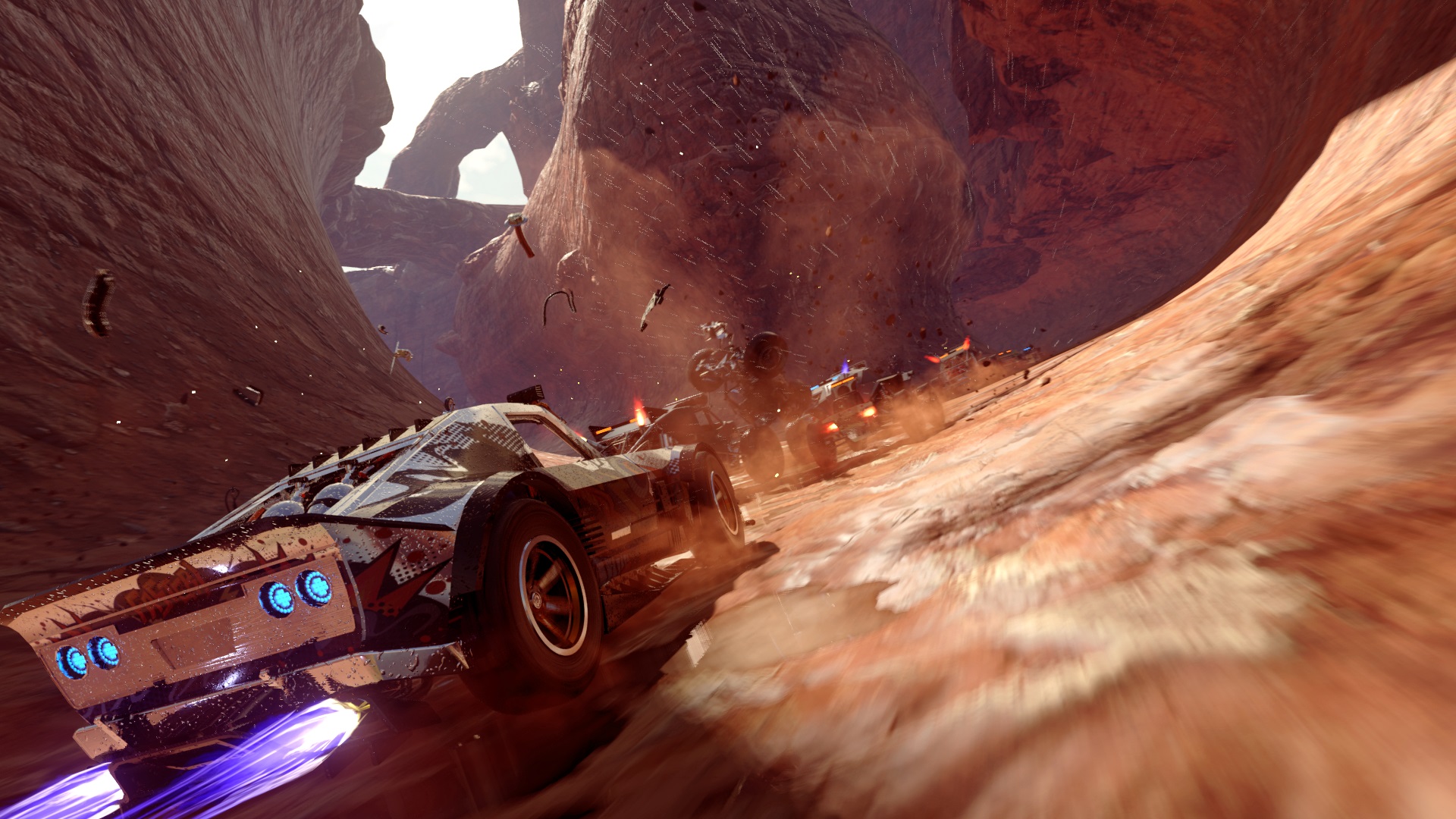 To PS4 and Xbox One

I spend too much time thinking about May 2010 and how both Split/Second and Blur released within a week of each other. Remember how crazy that was? These two over-the-top action racers — not an over-saturated market — squaring off just seven days apart. And they were both good! Wild stuff.

We may never see that again, but 2018 might have a less intense version of that rivalry. With the news that the Burnout Paradise remaster is coming on March 16, we also get the announcement of a June 5 release for Codemaster’s Onrush. It looks to be an arcade racer that’s in the exact same spirit as all of those other names. There’s even a “Rush” meter for pulling off stunts and destroying opponents.

Alongside the release date is this trailer, the first extended look at how Onrush plays (sort of — it’s still a sizzle reel with quick cuts). For a more proper preview, there’s going to be a beta in May for people who pre-ordered on either PS4 or Xbox One. There’s not much to go on yer, but this one seems like it could be good. Wishful thinking, anyway. The world could use more arcade racers.