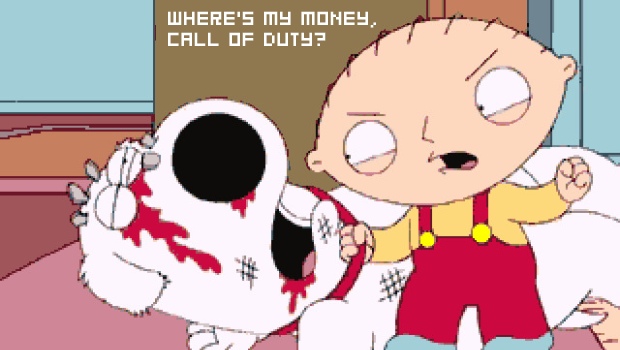 By far the biggest new feature coming from the multiplayer in Treyarch’s upcoming Call of Duty: Black Ops is the new money system, which features fake money that players can earn (and gamble with) called “COD Points.” It’s a really intriguing feature, and looks like it will be a blast, but it occurred to me that Call of Duty is a yearly franchise and after spending so much time and effort earning “COD Points” it would be a real pain if they were just obliterated in the next installment of the game. Fortunately for my worrying mind we could be seeing our “COD Points” stick around in the franchise.

I put the question to David Vonderhaa, one of the lead devs on Black Ops‘s multplayer, and he responded:

If we get this one in the box and people respond to it well then maybe we’ll find some way of carrying it over. You know, maybe it’s one-for-one, maybe it’s ten-for-one, maybe you trade them in, trade them up, trade them over. Who knows. It’s an economy so these are things that are possible. These are things that we’ve bounced around, but there’s no concrete plans on what to do with this next … We have to make this game amazing first.

I know that one of my biggest annoyances with any franchise is that you often have to start all over from scratch in the next game. With an in game economy running through the series, Call of Duty could definitely have something that really sets it apart from other shooters.