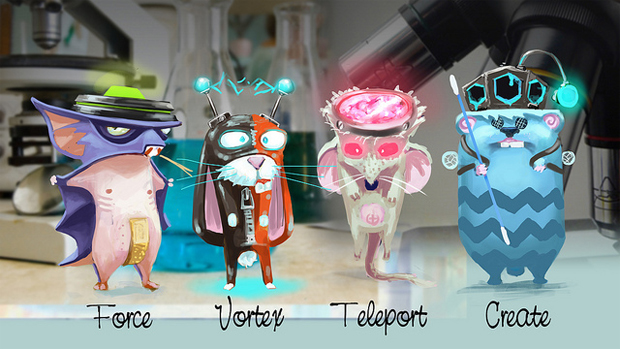 I got a chance to play Tiny Brains at PAX East this year, and it was definitely one of the best and probably most overlooked games at the show. I had three friends with me playing it, and the four-player synergy was just too good. Each player controls one of four animals with special powers like Force Push/Pull, or swapping places with enemies and objects. It’s using these powers in tandem that the game really nails and truly makes it feel like a cooperative experience.

It has been announced that the game will be headed to the PlayStation 4, along with a Sony blog about the team behind the game: Spearhead Games. They have previously worked on games like Assassin’s Creed and Dead Space but decided that it’s time to go indie, and are apparently loving the freedom that comes with it. I love me some cooperative games, and Tiny Brains fits that bill perfectly.