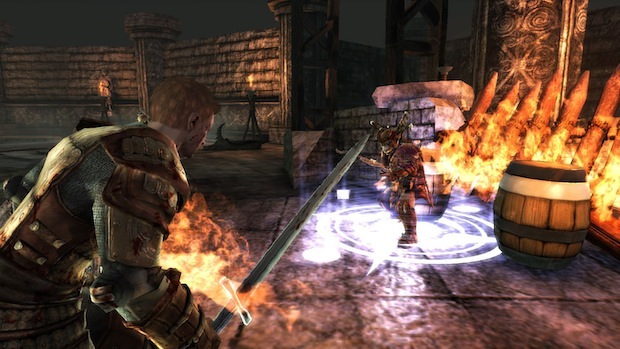 Bioware isn’t opposed to the idea of adding a cooperative element to later Dragon Age and Mass Effect games.

In a recent interview, part lord and master of the RPG stronghold, Dr. Ray Muzyka, told Video Gamer that Bioware would “consider” cooperative play in the said future titles, citing that they’ve done it before in other games and continue to do so with Star Wars: The Old Republic.

“Sure, we would consider it,” Dr. Muzyka said. “We haven’t announced anything on that front yet, but those are interesting ideas. They could make a great gameplay experience. Whether we’ll do them or not remains to be decided.”

Muzyka continued, stating that it’s not easy to “weave” single-player and multiplayer experiences, but its “not impossible.”

“We’ve done it, and we’re doing it again now in Star Wars: The Old Republic. But it is challenging,” he said.

More challenging than bringing down a dragon in Dragon Age: Origins, for sure, but I think the game would have benefitted — or at least I would have — from drop in- and drop out-style cooperative action. The game had me begging for another person towards the latter quarter of its experience.