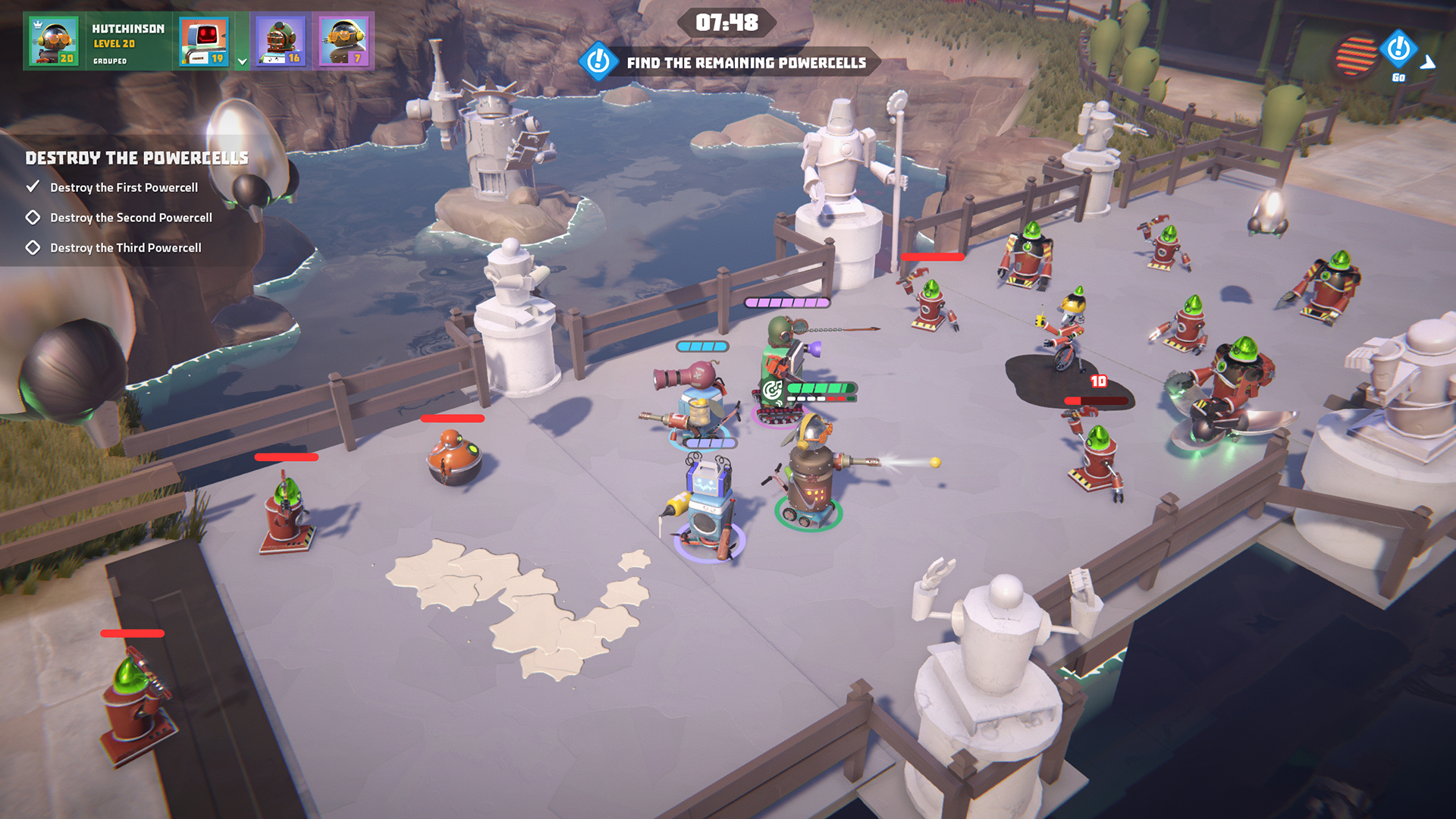 Chaotic twin-stick shooters like Helldivers and Alienation are right in my wheelhouse, so it’s always a treat when someone takes those core ideas and explores them further, adding their own little twists and turns. That’s the case with Second Hand: Frankie’s Revenge, an upcoming one- to four-player co-op action game that has players slapping together household items to build a makeshift killer robot.

The main point of differentiation in Frankie’s Revenge is a focus on melee combat instead of typical twin-stick shooting. There are some ranged attacks — for instance: my robot could launch ricocheting tennis balls — but for the most part, you’re going to be hacking, slashing, and chopping hordes of bots.

Developer Rikodu got the most important thing right, which is how the movement and melee mechanics feel. In short, they feel great. And you aren’t just mindlessly mashing away, either.

During my hands-on at Nordic Game 2018, I had to make liberal use of my stun and dash, and prioritize threats. With a team of kitted-out players, I’m sure you can get even better team synergy going.

Frankie’s Revenge will support local and online co-op, with a Steam release in mind for later this year. Following the PC debut, Rikodu hopes to release console versions sooner than later.