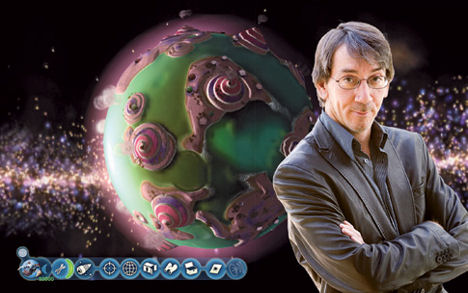 CNET, despite firing the last personality they had (tee hee) has called for less anonymity in the games industry, infuriated that names like Will Wright are not more well known to the general public. Columnist Don Reisinger also finds it difficult to understand why game companies aren’t pushing key developers as celebrities in the same way that Wright, Kojima and Miyamoto are pushed.

Let’s face it–most people care about Spore because Will Wright created it. if a no-name developer came up with this idea, we’d certainly hear about it and there would some reports about its progress, but not nearly as many people would care and random stories about it would all but disappear.

Realizing the value of having a celebrity creator, why aren’t more video game developers trying to put them into the limelight? When you think about the best video game developers, three names usually jump to the forefront: Shigeru Miyamoto, Hideo Kojima, and Will Wright. There may be a slew of better developers in the wild, but if we’ve never heard of them, we’ll never know.

In theory, I agree with this statement, but I also have seen what happens when this goes wrong. Let’s face it, most game developers didn’t get where they are today by virtue of their charisma or ability to handle a crowd. There are industry “celebs” who have pushed themselves forward and failed in doing so — Julian Eggebrecht turned Lair into a bigger joke than it needed to be, Jade Raymond has kept a low profile after inappropriate behavior from gamers and the less said about Denis Dyack and his embarrassing Too Human shenanigans, the better.

I once attended a talk by industry know-it-all Ernest Adams who argued strongly in favor of more celebrities in the games industry, stating that it was a key factor in the battle to prove that videogames are art. While I agree with these points, I also would urge caution — some people in the videogames industry are, it has to be said, uncharismatic arseholes, and companies are probably wise to keep a few of them under lock and key.