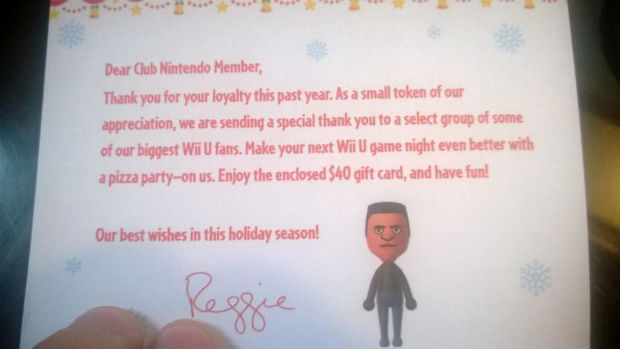 This is probably Reggie’s idea

In case you didn’t know — Nintendo of America President Reggie Fils-Aime used to be the Senior Director of Marketing at Pizza Hut before he landed his gig at the Big N. So it’s no surprise then that Nintendo has worked out a deal with the pizza chain, and has given out random $40 gift cards for “the biggest Wii U fans.”

To be eligible for selection you need to be a Club Nintendo fan, but not much more information was given. I have to say, this is a pretty cool promotion! Maybe Reggie can convince them to bring back The Big New Yorker — aka the best pizza of all time.