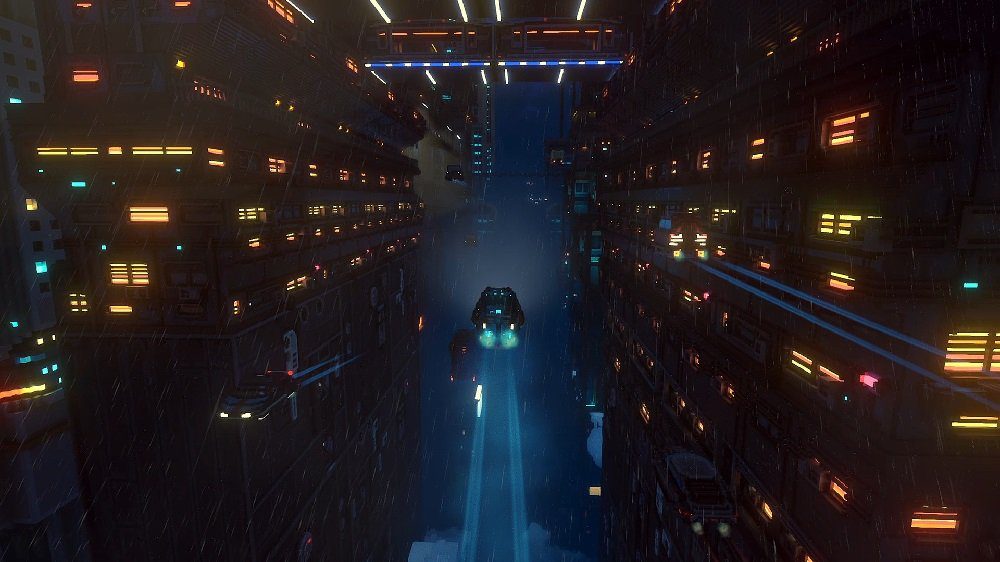 Physical media lovers Merge Games has announced its intention to release a hard copy of future-noir delivery game Cloudpunk. Already available on PC, the neon-drenched thriller is headed to PS4, Xbox One and Nintendo Switch later this year, with Merge planning physical editions for all four formats.

Cloudpunk will be given a standard physical release on PC, Xbox One, PS4 and Switch, while the latter two platforms will also receive a special “Signature Edition.” This set includes Cloudpunk for PS4 or Switch, a soundtrack CD, two slick enamel pins, and a numbered art print, all housed in a collector’s box. This edition will retail for around $45 on PS4 and $50 on Switch. Pre-orders for the Signature Edition go live on the Signature Games Store on Thursday, June 25, at 07:00 PT / 10:00 ET / 15:00 BST.

Cloudpunk is available now on PC and will launch on PS4, Xbox One and Switch later in 2020.