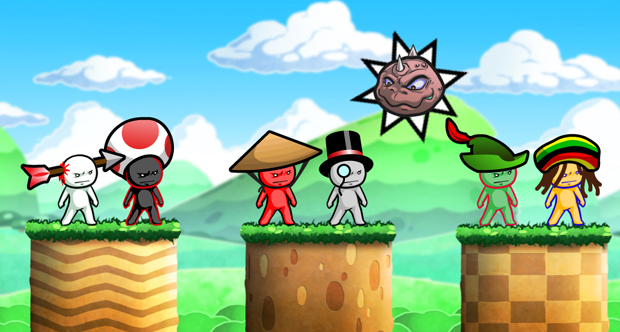 There hasn’t been a whole lot of chatter lately about the upcoming XBLA/Steam/Wii U title Cloudberry Kingdom, though the developers behind the game are looking to change that. They’ve just released a new trailer showing off their work. This was the first time I’ve seen the game in action, and so far, I love what I see. For those that are also new to discovering the existence of Cloudberry Kingdom, I’ve posted an older trailer below that one touches on the game’s various multiplayer modes, features, and stages of difficulty (which range from Kirby-style serene to beyond Super Meat Boy levels of horror).

The game’s promise of an infinite amount of A.I.-created level designs is enough for me to commit to a day-one purchase, though I hope we get a sequel that fully utilizes the art direction found in the cut scenes. That will probably depend on how well Cloudberry Kingdom sells. Either that, or the guys at Pwnee will just have to do another Kickstarter. Maybe they should ask for more next time. It never hurts to ask!