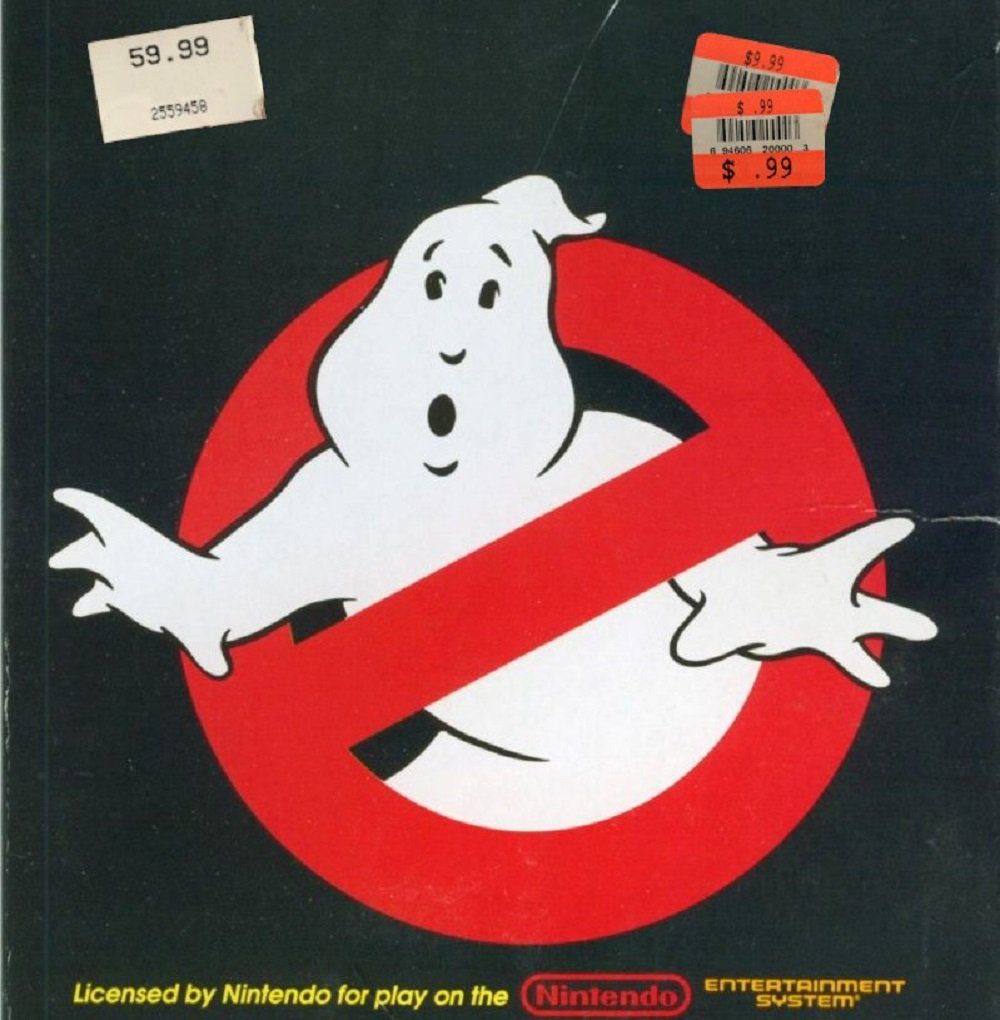 It’s impossible to understate the impact Ghostbusters has had on my life. I was fanatical about it when I was a child, and then I rediscovered it in my adolescent years and became fanatical all over again. I still carry a massive torch for it, dressing up in the costume I built in my teenage years, rewatching the cartoons and movies frequently, and pretending that no movies have been released since Ghostbusters 2, and none will ever be released again. Nope.

It’s just unfortunate that video games have treated the franchise so badly. I’m still waiting on my Ghostbusters business tycoon game. I own both the best and worst games released under the franchise, but I don’t think any have hurt me as badly as the NES release. It was first released on 8-bit home computers in 1984, the Atari 2600 in 1985, the Famicom in 1986, and finally the Sega Master System in 1987. Since that wasn’t bad enough, North America would get their NES version in 1988. Thanks, Activision.

I said I wanted a Ghostbusters management simulator, and the 8-bit version is probably the closest it’s come. You go out on calls, catch ghosts, get paid, and then spend that money on buying Ghostbusting gear from the Ghostbuster store. Like true scientists.

There are actually some decent ideas at play here. The goal, as it was in the movie, is to stop the arrival of Gozer the Gozerian, Vulguus Zildrohar, the traveler who will bring about the end of the world. So make your money, build your stockpile of gadgets, and then lose. You’re going to lose. I don’t care if you bought everything and came equipped with a turbo controller, unless you’ve also got a Game Genie slotted in your NES, it’s just not happening. I have tortured myself for many years and have never seen the ending.

Why? Stairs. You remember that scene in the movie where they have to get to the 22nd floor of Dana Barrett’s apartment and can only take the stairs. You’ll be happy to hear the game has managed to adapt the slow torture of climbing all those flights with heavy equipment on. You have to tap the A button for every baby step your team of ‘busters take, all while being assaulted by dumb, ugly ghosts. You won’t make it! Just turn back, it’s probably not worth the climb!

The stairs are the biggest problem, but they’re not the only thing that makes Ghostbusters excruciating to play; everything else does as well.

The driving sequences, for example, are done on a completely straight street lined by fire hydrants. In the home computer versions, you’d defend the Ecto-1 from ghosts, but on the NES, you drive your car up to the top-right of the screen and then go and make yourself a sandwich. You’re very unlikely to hit anything up there, and driving at top speed uses less fuel than driving slower.

The gameplay loop is wrapped tight, consisting entirely of catching the same ugly bundle of ghosts over and over again until you’re ready to lose the game. Driving that same street to each catch, looking at the same backgrounds, visiting the same shops, all while listening to the same 8-bit rendition of the Ghostbusters theme. I like the Ghostbusters theme, but it’s not a very good version of it and it doesn’t stop.

The graphics look like they consist of a bunch of placeholders that were never replaced. The home computer versions were also ugly in their own way, but they at least had some personality to them. The graphics here look like they were designed by someone who had their imagination removed with a drill. Red brick, grey road, marshmallow cereal ghosts, an all-white team of identical Ghostbusters because Winston wasn’t important or anything.

To be fair, it was initially released in 1986, but again, the issue isn’t so much that the graphics are poor, but rather that they don’t show a single spark of creativity.

It seems like the sort of game that you’re supposed to replay repeatedly since it’s so short, but there’s no high-score system. Not that I think I’ve ever complimented a game’s high-score system, but it would at least add…something. It would give you something to shoot for since you’re never, ever going to reach the 22nd floor to confront Gozer. I’ve tried. I’ve capped out at the 15th floor, and I have no desire to try and top that.

In Japan, the reins to the franchise would be handed over to Hal Laboratories of Eggerland and Kirby fame. They’d come up with a fantastic adaptation of Ghostbusters 2, released in Europe as New Ghostbusters 2. Meanwhile, North Americans would get treated to another game by Activision that was…an improvement, to put it charitably. Seriously, though, if you haven’t already, New Ghostbusters 2 is a good time.

As for the original title, it’s best left at the bottom of a river of psychomagnotheric slime. It’s pure concentrated evil. It hurts me that one of my favorite properties was converted to something I’d probably scrape off the bottom of my shoe. And yet, because of the logo on the front, I’ll probably wind up playing it again. Lemme tell you somethin’: bustin’ makes me feel…despondent.