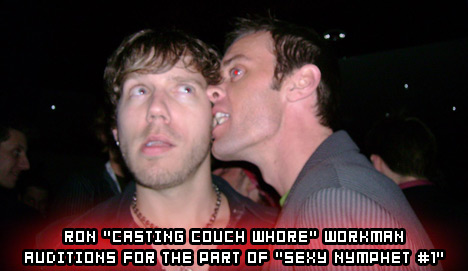 CliffyB, the man behind such Epic hits as Unreal, Unreal Tournament and Gears of War has apparently been tapped to be the executive producer for the upcoming Gears of War movie. Whether that means he’ll actually be providing creative input or if he’ll just be on-set providing moral support remains to be seen, but adding C-Bizzle to the roster of people involved in this thing can only help its chances of achieving the coveted quality-game-movie status.

Gears of War is on par with the Halo series for an epic amount of backstory, and the common hypothesis is that it could, in fact, become an excellent film. In the past, game-to-movie adaptations have been poor at best and, at worst, would cause blood to shoot out of your eyeballs. Cliffy is a known proponent of keeping blood inside one’s own body, so we have our fingers crossed and rags jammed tightly in our ear-holes, hoping for the best.

Just yesterday I was remarking to my chum about how Gears of War could become an excellent movie if only it had a boyish psuedo-celeb game developer sitting behind the scenes in one of those stylish chairs with his name emblazoned on the back. Of course, this was after I told him Corey Feldman would make an excellent Marcus Fenix and he slapped the taste out my mouf. Of course, by “chum”, I meant “Samuel L. Jackson” and by “remarking to”, I meant “downed half a gallon of ethynol”.

My life is a shambles.