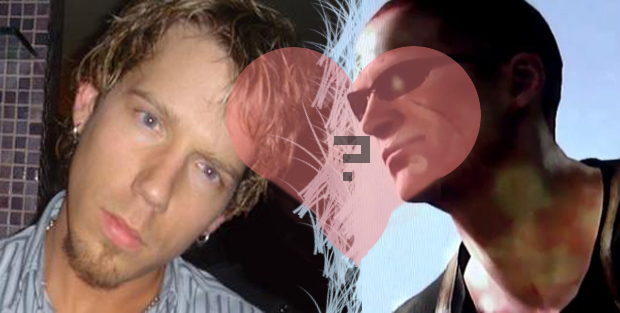 Cliffy B, honcho behind the Gears of War series, recently became a free agent. Meanwhile at Capcom, Resident Evil 6 has been collecting some of the worst reviews in the series history, largely due to the game’s arguably failed attempts to play like other popular Western shooters (including Gears of War). It’s like if Kristen Stewart and Robert Pattinson just had a big fight, then Justin Bieber conveniently became single and bumped into Kristen at the club at the exact same time. Could it be fate?

Cliffy may think so, as he recently tweeted “Hey, Capcom. Call me. We can fix Resident Evil. Together. :-)” HE EVEN DID A LITTLE EMOTICON WITH A NOSE ZOMG SO CUTE!!! I wonder if he’s crossed the line between looking confident (sexy) and cocky (not sexy). For all we know, Capcom may be quite happy with Resident Evil 6. The game has reportedly sold +3 million in less than a month, which shows a lot of potential for it to become an excellent provider for Capcom’s future children when it grows up.

While I’m not a big fan of the Gears of War series, I think Cliffy has an excellent head for game design (and a body to match!). If I were Capcom, I’d be totally hot for him. Then again, Masachika Kawata (producer of Resident Evil: Revelations) is also super cute with awesome hair, and he’s a lot lower maintenance than Cliffy, who has a well documented track record for going into “full diva mode” when faced with anything less than perfection.

Maybe they should all just triple kiss in Cancun and be done with it.