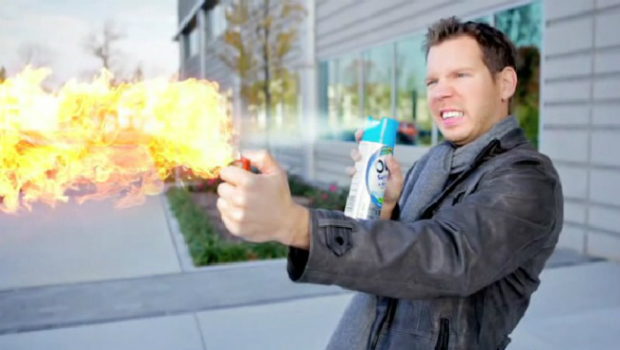 Gears of War head Cliff Bleszinski is at it again! Not content with just criticizing honest reviews and calling 8/10s “hateful”, it seems as if Cliffy B has now set his sights on a new target: the Japanese game industry and the lack of multiplayer therein. The famed Jazz Jackrabbit creator goes on to call out a number of recent Japanese hits like Shadows of the Damned and Vanquish, and states that many of them would be better off with multiplayer in them.

Cliffy goes on to describe the “travesty” of Vanquish‘s lack of multiplayer: “If you’re going to make a third-person shooter… the fact that Vanquish didn’t have a multiplayer suite was a crime. That IP, it was pretty good as far as being Western, but the gameplay was great, the vibe… and I’ve often said on record that if Gears is the kind of Wild, Wild West coal train chugging along, that Vanquish is the Japanese bullet train, with style and everything. And there is absolutely no reason I shouldn’t have been zipping around, doing the mega slides, diving up in the air in an arena with other players.”

To clarify, he says, “I’m not saying tack multiplayer onto every game”. At the same time however, it seems to me that when he says “not for every game” he basically means “every shooter”. I think I may be in the minority here, but multiplayer absolutely does not need to be shoehorned in every shooter on the market — Eastern or Western. In fact, I felt like Shadows of the Damned and Vanquish were just fine as solo experiences.

On the flip-side, one could cite existing shooters that have abysmal tacked-on multiplayer like Bioshock 2 and Dead Space 2 as reasons against the prospect. Many people also will argue that Resident Evil 5 was actually worse off because it had multiplayer in it, and there were no problems with Vanquish and Shadows of the Damned as a solo experience. Then you have the added fact that a decent number of Japanese games are adding multiplayer: just take a look at the upcoming Anarchy Reigns.

While he has a point (giving off a tone of admiration for Eastern games, and citing unique MP like a potential community based Fatal Frame and Demon’s Souls), I think what he’s saying is about as useless as the advice “games should be fun”. Of course some games should have a multiplayer component to them. But it would be extremely abysmal to look at an industry one day were a single player shooter was regarded as a “failure” (it feels like we’re already at that point, according to developers).

Furthermore, there’s something about the way he uses the term “multiplayer suite” that kind of bothers me: “suite” screams “tons of DLC, Online Passes, and Subscription Passes”. What do you think? Despite the fact that it can sometimes be done right (Mass Effect 3), does the notion that multiplayer “needs” to be in every shooter bother you?