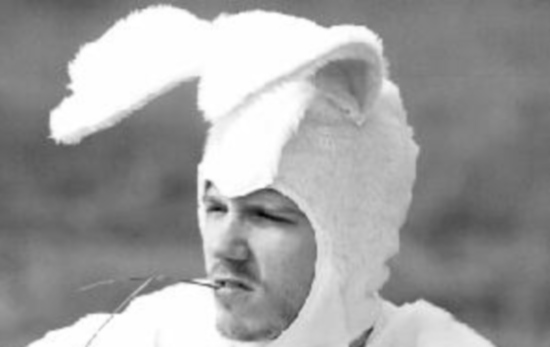 Arguably one of the most popular faces of the games industry, Epic’s Cliffy B, has recently shared his thoughts on the critically acclaimed, much beloved and Destructoid-approved BioShock on his blog (be warned, there is a spoiler toward the end). Like almost everyone who isn’t the Sony Defense Force, Cliff speaks very highly of 2K’s masterpiece, which he assures us has nothing to do with the fact it uses the Unreal Engine or that he knows some of the people who worked on it.

In all fairness, Cliffy’s thoughts are honest with an eye to criticism as much as praise. They’re well worth checking out, too, since it’s a rather hilarious write up. Hit the jump for some of the highlights, but do make sure you read the whole thing. See how I linked it twice in this article? That’s because it is serious business. Please also be aware that Cliffy uses some racy language if you’re a darling little wallflower who doesn’t know how babies are made.

So when I was finally able to fight the plastic surgeon character (which in the grand scheme of boss battles really just seemed like a regular splicer with 5x the hitpoints) I found myself cringing as he was running around the room all willy nilly and screaming at me that I’m fat and that I’m ugly and that I really shouldn’t have pounded down that case of Tasty Kakes. This will be the only boss character in videogame history that will drive teenaged girl gamers to go on the Oral B diet and start with botulism shots to the forehead early.

More importantly, who WANTS to shoot bees? So bullets aren’t fun enough, we want to shoot… bees? They’re not even killer wasps or spiders. A spider gun would be good because, hey, who wants spiders crawling all over them. (No, you weird people at the exotic animal show do not count and no Morgan Webb neither do you – what’s wrong with you people can’t you see that spiders are f*cking evil?) Anyways, the spiders could bite your foe and start cocooning them up in a silky web while they scream “OH GOD GET THEM OFF OF ME TWO LEGS GOOD EIGHT LEGS BAD!”

You could go up to a tree and break off a little branch and find fresh piles of dog doo doo to poke the stick in. Then your character would go around like Eddie Murphy in Raw chanting “Doo doo. Gonna put it on youuuu.” Even the biggest baddest foe would turn tail and run. You want to know how to beat the Brumak in Gears PC? Find the poo on the stick. But keep in mind that there’s a timer on it because the stick poo will dry up and lose its effectiveness requiring repeated pokes back in the piles of sh*t.

There were many a time when I found myself cornered by a Big Daddy and I’d use my amazing mental skillz to suck up and prepare what I thought was a nearby explosive barrel when suddenly I’d launch a fucking MILK CARTON right at his big stinky dive helmet.