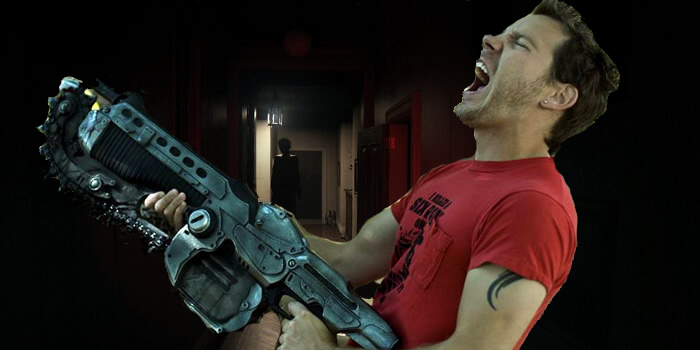 No dick-tit monsters for us

In a real Sliding Doors, “what could have been” kind of moment, Metal Gear creator Hideo Kojima apparently once asked Cliff Bleszinski if he would work with him on Silent Hills.

The timeline on when this offer was extended is unclear, but presumably this was long before Konami decided to slit Silent Hills‘ throat and kick its corpse into a mass grave with Castlevania and Metal Gear. Cliffy says he was flattered but declined the offer, saying he A) didn’t want to move to L.A (ouch!), B) wants to work on new IPs, and C) “woulda f**ked up SH.”

@Danjitsu I don’t like LA, I love new IP, and I woulda fucked up SH

Have to respect a guy for knowing his strengths and weaknesses. I’m not sure how many people would have turned down an offer to work with Kojima. Can you imagine if he had though? That would have been a line-up of Kojima, Guillermo Del Toro, Junji Ito, and Bleszinski, I can’t even picture what kind of Frankenstein of a game those minds would have cooked up together, but I know I sure as hell would have played it.