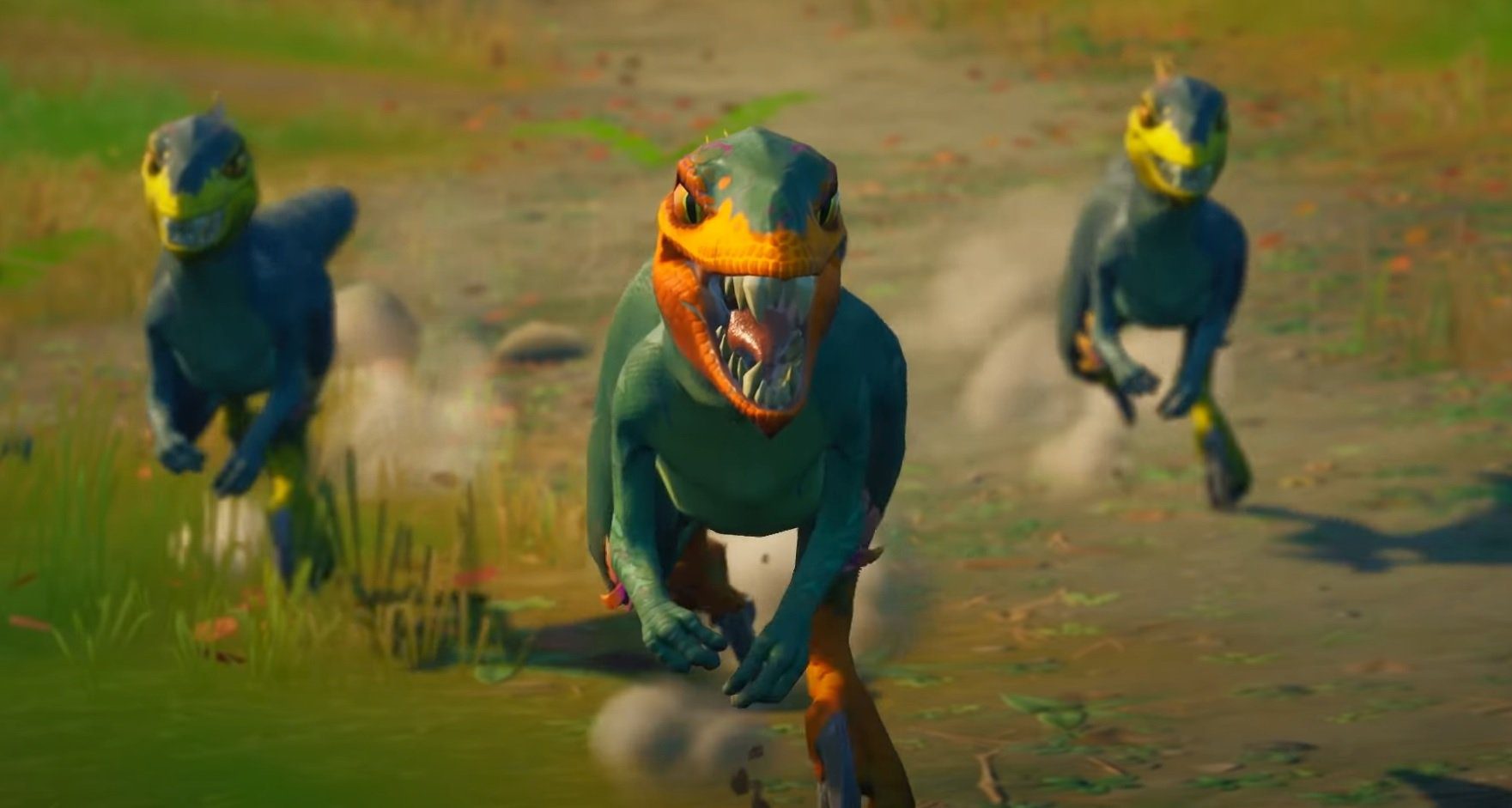 ‘Try to imagine yourself in the Cretaceous Period…’

Going along with the “Primal” theme of this new season, Fornite just added raptors into the mix. Cleverly, they set the whole thing up with eggs littered about the map beforehand, then decided to hatch them via an update. That very same update that added extra stability for the Switch version of the game.

Raptors will roam the map in pairs and add another wrinkle into the survival mix for the main battle royale mode. They’re joined by the existing wildlife of wolves, boars, chickens, and frogs: which all can make up various questlines in Fornite that task players with picking up animal bones and taming them for experience.

It took some time for the primal theme to grow on me, but the spire in the middle really adds a lot of character into the mix. I dearly miss a few locations from the last season (the colosseum especially), but it’s always good to shake things up.

And raptors randomly roaming around is a shakeup!