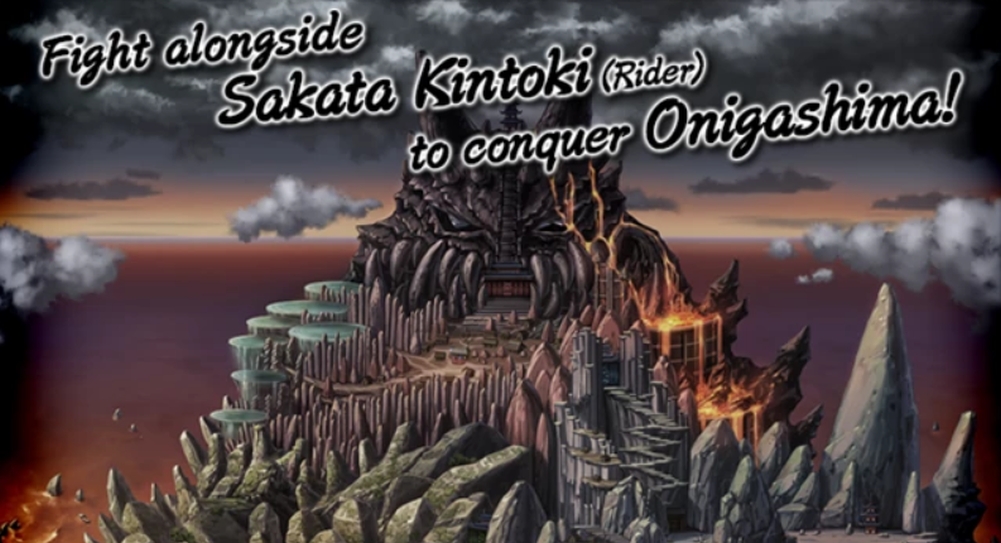 Are your nerves frayed from absorbing all this E3 news? Why not unwind with a spot of gambling on your phone? That’s at least one way to spin the prospects for Fate/Grand Order‘s latest event.

Titled “The Great Tale of Demons: Onigashima”, the event continues FGO’s recent wave of content based on Chinese and Japanese myths by adding a series of story missions and raid encounters patterned after Onigashima, the legendary island of demons in Japanese folklore.

More notable is the fact that unlike the last couple of events, this one comes with a free new Servant: a 4-Star Rider-class version of Sakata Kintoki. The famous “golden” berserker’s gone with a biker motif this time, and he’s actually one of the best in his class, so he’s worth picking up.

Premium rollers might have to fear for their wallets, though, as the paid gacha summons are adding Ibaraki-Douji (the raid boss from last month’s Rashomon event), and Minamoto-no-Yorimitsu. The legends of Yorimitsu (aka Raikou) are the inspiration for many Japanese tropes, including anything you’ve ever heard in anime or games about an “Elite Four” or “Four Heavenly Kings”. In FGO she’s been reimagined by Valkyria Chronicles’ character designer as…the world’s strongest mommy GF. What a game of culture, indeed.