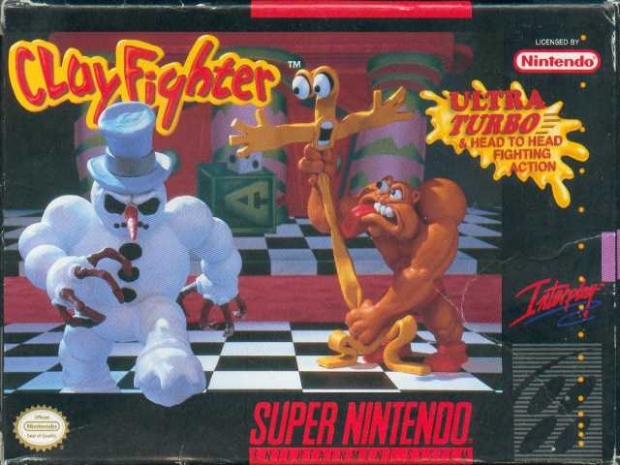 Back in the 90’s there was a brief explosion of games that used claymation. It was awesome. Anyone who lived through that era can tell you that playing a claymation videogame is sweet. In fact if you haven’t played The Neverhood I would suggest taking off your gamer badge and turning it in to your local chief of gamer police. Also released in this spurt of clay gaming glory was ClayFighter, a cartoony fighting game that rocked many clay socks.

I haven’t played this game in years as it really is one of those fighters that is good, but not so great you bust it out regularly to relive the memories. However, that could all change as the ESRB has listed the game for the Virtual Console. If you’ve never gotten a chance with the game it’s worth a download if it actually does come out as it is by far one of the most creative fighters ever made as far as artistic style goes — fighting wise it’s basically Street Fighter in clay. If you want to get irrationally excited then let’s all hope that this means the struggling Interplay is hoping claymation gaming will once again bring it top sellers as it did in the 90s with ClayFighter and the Claymates series and is thus planning an all claymation line-up.