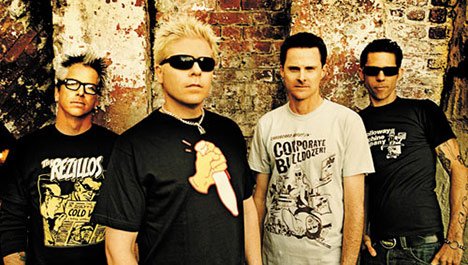 This week’s new Rock Band DLC features four songs: Avenged Sevenfold’s “Afterlife” and “Critical Acclaim”; “Hammerhead”, The Offspring’s first single from their newly released album, Rise and Fall, Rage and Grace; and “Rock N Roll Dream” by Crooked X, a band that neither I nor Wikipedia have heard of. The first three songs are priced at $1.99 (160 MS Points) each, while the last song is selling for $0.99 (80 MS Points).

Now, we’ve got word — from The Offspring’s official Web site — that more songs from the punk rockers will soon be making their way to Rock Band. Here’s the list, straight from the news update:

As a big fan of The Offspring’s earlier stuff (“Hit That” from 2003’s Splinter turned me off to them for a while), this makes me very happy. Pretty much all of the above tracks are well-known classics from the band, and “The Kids Aren’t Alright” specifically is one of my all-time favorite Offspring songs. And I know that at least one other community member, Dexter345, will be excited to hear about this (see fourth comment) as well.

What do the rest of you guys think? All I can say is this: assuming that those songs are coming in a ten-dollar six-pack, à la the must-download Boston pack, I will be throwing down a Hamilton as soon as the songs hit the PlayStation Store.