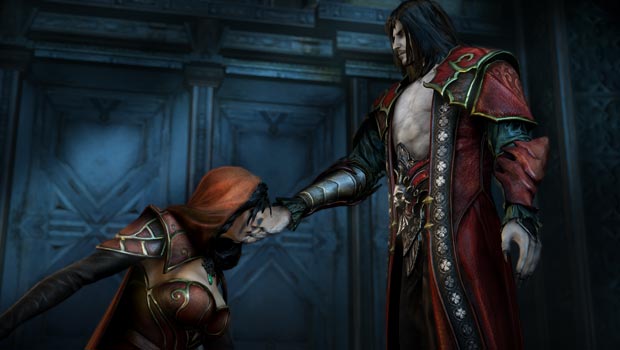 We mentioned a few days ago that Castlevania: Lords of Shadow 2 will feature a brand new soundscape. However, what has me even more excited was producer Dave Cox’s response to my plea for classic Castlevania tracks, such as “Vampire Killer” or “Bloody Tears,” in Lords of Shadow 2.

I noted that while Lords of Shadow was the most successful Castlevania title of all time, and that the team didn’t really have to do anything differently, that, as a classic Castlevania fan, nothing would say, “This is Castlevania!” more than bringing back the classic tunes. Maybe not in the gothic rock stylings of previous titles, but maybe with Araujo’s personal orchestral/electronic flair. Cox’s response to this suggestion? An emphatic, “I totally agree.”

I hope agreeing turns into doing. Or maybe they’ve already done! In any case, that certainly has me more excited about the game’s soundtrack. And for the record, my favorite track from Lords of Shadow was “Dead Bog.”