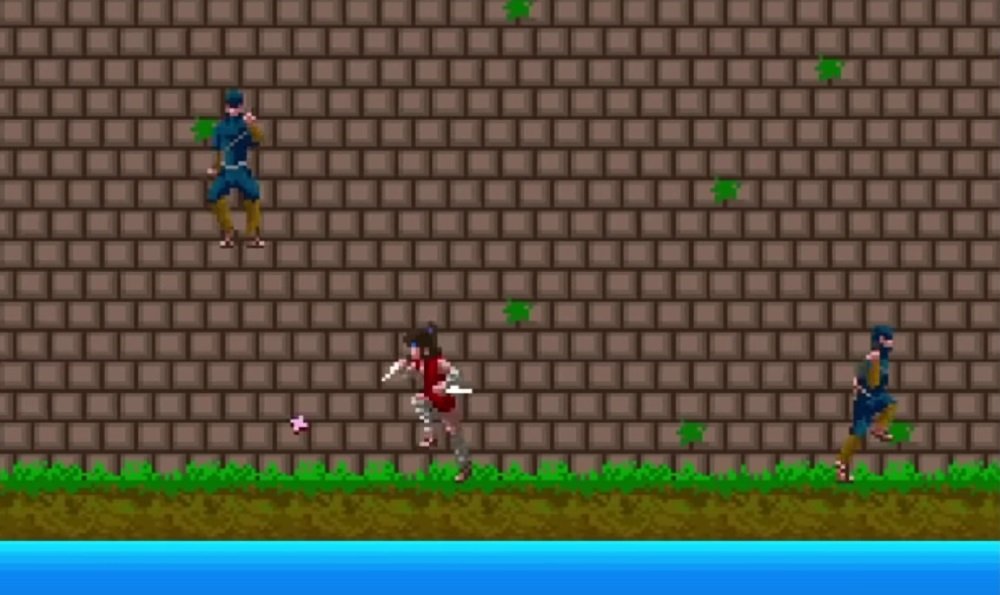 So many games, so many ninjas…

This week’s Arcade Archives release from Hamster is a genuine classic, coming from a decade where you had ninjas in your games, or you had nothin’, Taito’s The Legend of Kage is available now on Nintendo Switch.

Released in arcades in 1985, before making the leap to home computers soon after, The Legend of Kage is a high-speed action adventure which sees players guiding the titular ninja on a quest to rescue the shogun’s daughter – the fair Princess Kiri – from a villainous warlord and his forces.

Gameplay switches between horizontally and vertically scrolling stages, as Kage fends of attack from all directions from the warlord’s underlings. Players will battle through a forest, a river, and the exterior and interior of a fortress, before the final showdown with Kuyigusa, and his bodyguard Riko.

With great sprites, fast-paced gameplay, cool music and some neat touches (including great thunder/lightning effects as the changing of the seasons as the game cycles around) The Legend of Kage features some unique ideas for its day, and is still pretty fun today.

The Legend of Kage is available to download now on Nintendo Switch, priced at around $8. It was previously made available on PS4 and Xbox One.