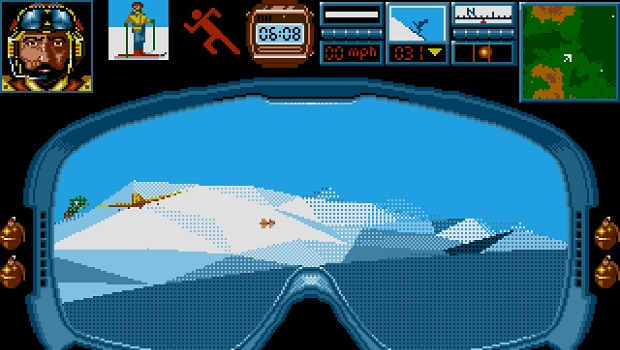 A Kickstarter is due in the coming months

Back in the late ’80s a game arrived on the Commodor Amiga that I think few played but was way ahead of the times. Midwinter was a survival, turn-based strategy title and a stealth-based, first-person RPG and Eurogamer is reporting that a Kickstarter is incoming to revive the title.

I missed creative lead Dan Whitehead’s retrospective from 2010 but reading it now really hits home how much of a unique title this was. Set on a small island in a future where ice covers the earth, John Stark is leading a campaign of guerrilla warfare against the despotic General Masters (again, great videogame names there). I think I liked the skiing most of all (and the crashing) but then again, I was nine when the game came out.

I never owned an Amiga, so I watched my friend James play brief chunks of Midwinter but it was one of the first games I saw use a first-person perspective, apart from something like Elite which had you control a space ship. At the time I only had access to the Amiga’s older brother, the Commodore 64 and games like Booty and Hover Bovver.

It’s kind of mind blowing how games like Rust and Day Z have elements that Midwinter introduced in the late 1980s. I do wonder how a reboot/remake due in 2015 will do when games cross genres all the time and Midwinter’s innovations are now commonplace.

Wintry survival sim Midwinter is getting a remake in 2015 [Eurogamer]