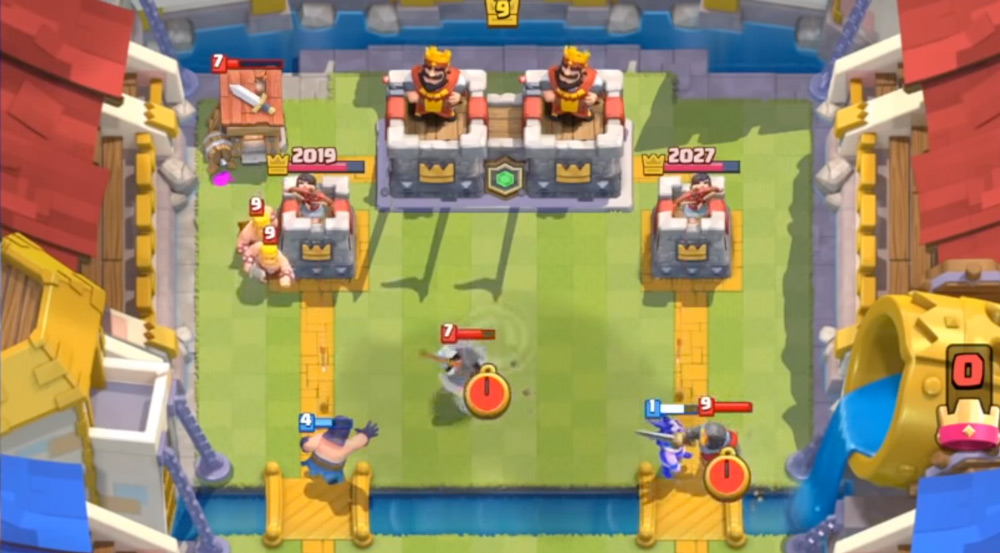 Feel the wrath of my skeleton army

I didn’t think I would become as addicted to Clash Royale as I did when it first debuted last year. After its launch in March, I didn’t get around to playing it until a few months later, pressured into it by a podcast I listened to whose hosts wouldn’t shut up about how much fun they were having. Cut to me four weeks later and I’m counting down the seconds until a Magic Chest opens up, fingers crossed as I hope for another Giant card so I can upgrade him to level 5.

Over the 4th of July extended weekend, I had the chance to spend some quality time with my nephew. He’s a gamer, big into the PlayStation 4, Overwatch, Battlefront, WWE 2K15 and free-to-play games on his Samsung tablet. As we compared our games I didn’t recognize many that he had downloaded. There was NBA 2K-something, some stupid fidget spinner game, N.O.V.A., and Clash Royale. I had traded in my phone months before, so all my progress from my original game file was lost. I decided to start new on my iPad so we could play against each other, not knowing the game had a 2v2 event happening.

The Summer of 2v2 is a full month of optional cooperative battles that allows players to take on two challengers at once with a friend or stranger. The game works largely the same way: there are still two princess towers and one big-ass castle to take out. The big difference is how chaotic it can get with four players dishing out cards from four different decks. It’s an educational experience as I not only relearn the game but also see many different tactics at work.

I’m still early in this second go-around so decks don’t vary too much, but the way I’ve seen players use their cards has honestly opened my eyes and expanded my knowledge of how I should go about winning. In the first week of this event, I’ve teamed up with people from around the world and have emerged victorious in a majority of my battles. Yes, there have been instances of my partner dropping out, leaving me to fend for myself in a 2-on-1 slaughter, but those have been rare and I’ve actually managed to come from behind and win in a few of these situations thanks to my completely overpowered Prince card.

The Summer of 2v2 goes through the end of the month and each week will feature new challenges. My hope is developer Supercell realizes how entertaining this is and makes it a permanent aspect of the game.