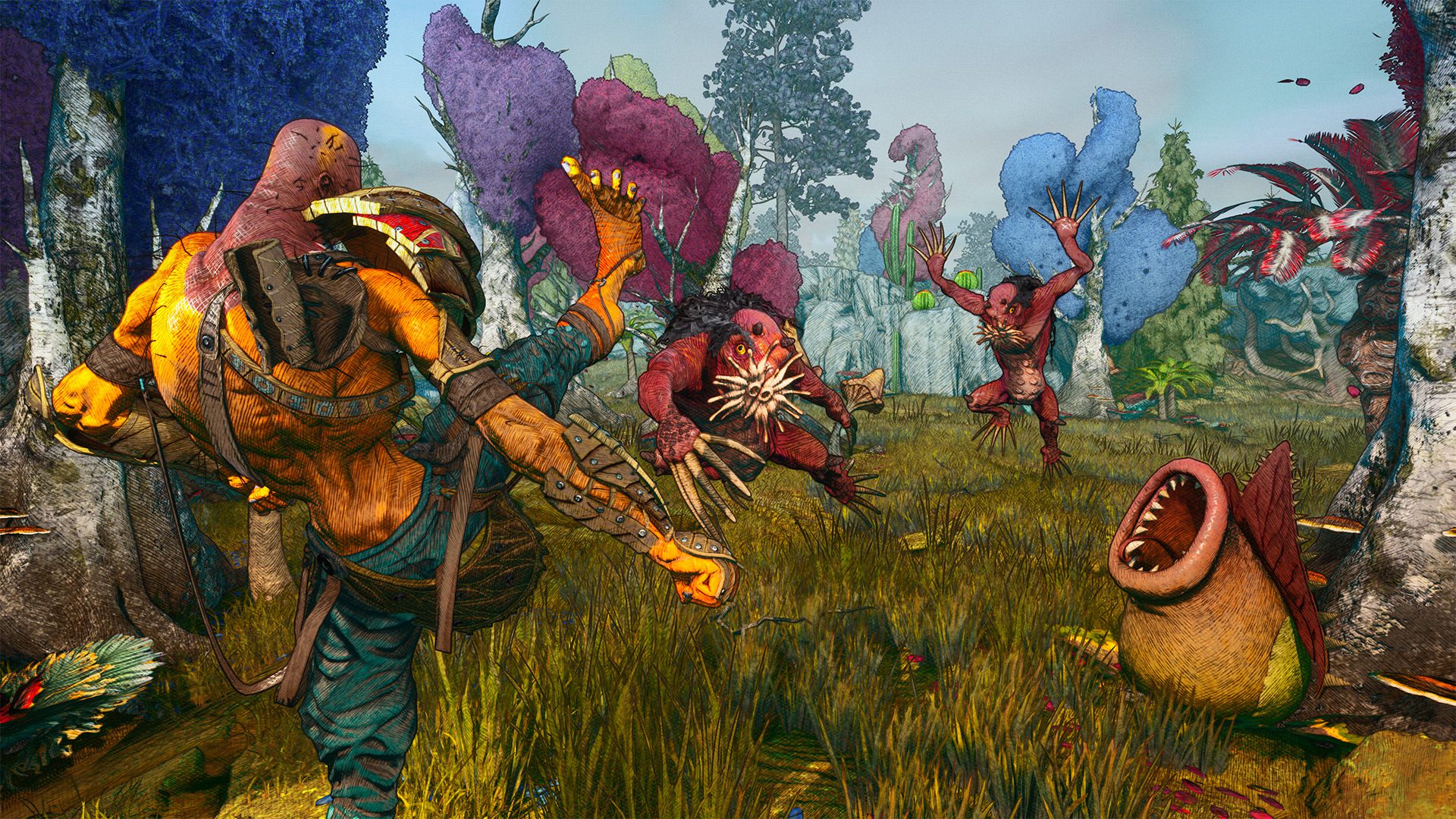 The world of Zeno Clash returns in a funky 2022 action game for PC, PlayStation, and Xbox

Following this year’s The Eternal Cylinder, ACE Team is returning to its wild melee roots with Clash: Artifacts of Chaos, a new action game set in Zenozoik, the world of Zeno Clash.

To be clear, this isn’t Zeno Clash 3 — but it’s going to speak to those fans, for sure. And I’m willing to bet it can rope in some people who tagged along for ACE Team’s antics with Rock of Ages or The Deadly Tower of Monsters but never returned to check out Zeno Clash. A lot has changed since then, but this Chilean studio is still swinging for the fences.

Clash: Artifacts of Chaos is a melee action game and it follows Pseudo, a silent protector who’s defending a “small orphaned creature whose incredible healing powers have attracted the attention of Gemini, the terrible mistress of the Artifacts.” In terms of brawling with beasts, timing your hits, dodges, and openings will mean everything.

As the trailer hints, dice play a role in combat, too — they dictate the “sacred rules of the Ritual.” I’m also intrigued by the prospect of PvP and co-op. It’s possible to enter Pseudo’s dreams for three-player co-op, and there’s an arena. I like that in-universe setup.

“It’s been more than a decade since our debut title Zeno Clash released, and it’s been over eight years since we visited the strange world of Zenozoik again,” ACE Team tweeted. “We’re extremely proud to announce one of our most ambitious projects yet.”

The developers are partnering with Nacon for Clash: Artifacts of Chaos and aiming for a 2022 release across PC, PS4, PS5, Xbox One, and Xbox Series X/S. Unlike The Eternal Cylinder, this one will be on Steam. And don’t think I didn’t see that “Souls-like” tag.