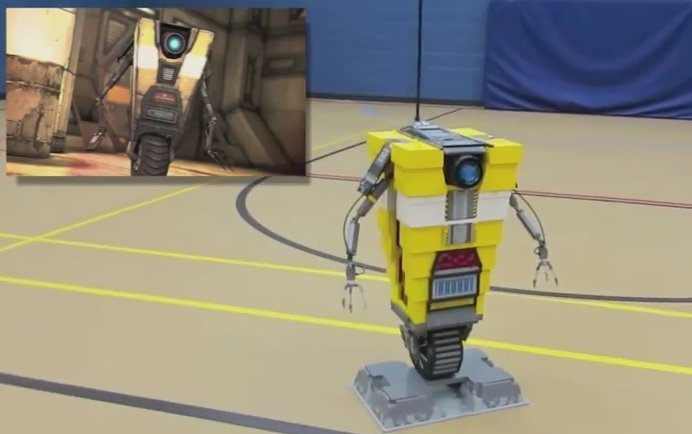 Claptrap was okay in the first Borderlands. He was a cute enough guide and had a funny voice and said a few funny things. Then they crammed him into every subsequent game and now he’s a playable character. At this point people generally don’t like him.

But what’s impossible to not like is this painstakingly crafted LEGO Claptrap, made by YouTuber ZaziNombies. It clocks in at nearly 40 inches tall, and it’s amazingly detailed. Check it out!