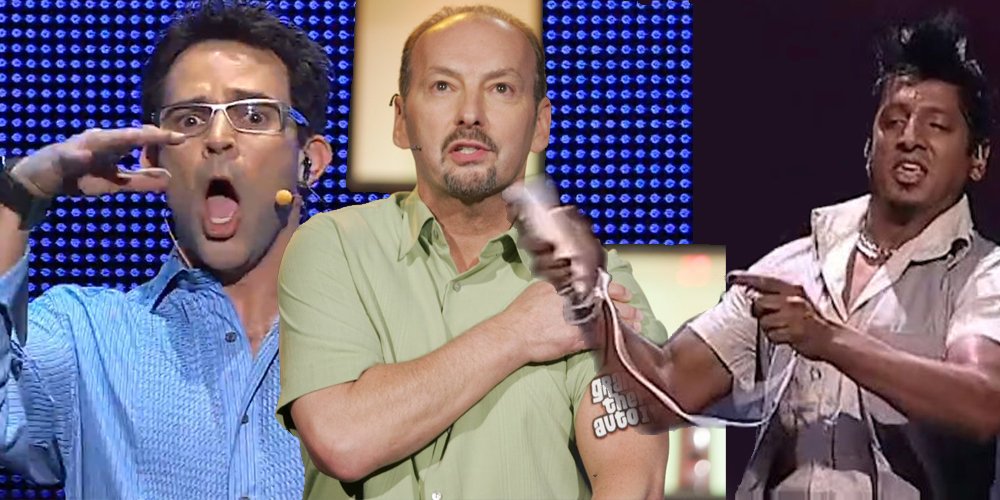 I’ll never forget my first E3. It started with Nick Chester, Aaron Linde, Chad Concelmo, Tiff Chow, Dale North, and I’m sure some other folks I’m blanking on (sorry folks) all piled into a hotel room, planning for the start of the show the next day. Nick and Dale were industry vets at that point, and though the real work hadn’t really begun yet, they were already exhausted. I remember them telling me something along the lines of “The first year is great Holmes, but after that, E3 makes you want to die. You’re going to hate it soon, just you wait.” I thought they were nuts.

Now I’m pretty sure everyone I was in that hotel room with that night has gone on to be hugely successful in different parts of the industry. I also know they love video games very much, to the point where they are talking about them more today than ever. So why would any of them hate E3, the supposedly supreme celebration of the best that games have to offer? I don’t want to put words in their mouths, but if I had to guess, it’s because E3 represents all of the most shallow, manipulative, ugly and stupid parts of the industry. It’s just a massive commercial dressed up as an “important event” where game bloggers, journalists, and general enthusiasts are made to feel like certain games have more value than they actually do.

Rounding up a group of people and yelling at them that they are special because they get to see a commercial, and therefore, their special-ness is intimately tied to that commercial, is a great way to brainwash them into thinking that they need to love whatever that commercial is for. When it comes to E3, the commercial is for video games and it only serves to instill bias, a race to the bottom in terms of ethics in marketing, and a totally unhealthy glorification of “hype.” The same thing happens at PAX every year, but to a much lesser extent. PAX, at least, is much more focused on humble panels rather than massive live multi-media marketing blitzes, and it gives indies equal footing with the big money publishers, allowing games that don’t have huge budgets behind them to organically find their audience.

There is nothing about E3 that couldn’t be done better via live streams and/or more fan-directed events like PAX. I hope it dies and never comes back, but maybe CJ disagrees with me. Lets find out!

CJ: But Holmes, think of the merch?! Without E3, where would people go running as fast as they can to stand in line to buy an exclusive black-and-red Claptrap Funko POP? If you got rid of E3, the shitty gamer t-shirt industry might collapse!

Look, I’m not going to sit here and argue that E3 doesn’t suck. It may be different for people who go as fans, but as someone who has only gone as a member of the press, it’s by far the most relentless week of the year. E3 isn’t a place I’ve gone to enjoy. It’s work, and just like any other job, it has its highs and lows. I hate people, so being surrounded by people already puts me at unease. When some of those people are walking and talking into their smartphones-on-a-stick, postulating about a revival of Pole Position, it makes me want to go Super Saiyan on the whole place.

But that’s just me and I don’t think the fate of a massive enterprise like E3 should rest on the opinion of one guy who can’t handle a couple hundred different foul odors. I mean, for one, it’s good for the economy. In 2017, E3 generated $75 million for the city of Los Angeles, and with the beating the city is taking at the hands of COVID-19, it’s going to need events like this to get back on its feet.

I also don’t think E3 should be singled out for the sins of the industry. You talk about how it contributes to unfettered hype and instills a bias in players, but don’t other shows do the same? Does PAX a get pass because it has panels? What about gamescom, Paris Games Week, or Tokyo Game Show? Surely they’re guilty of the same crimes? Because it’s not the show that’s the problem, it’s the publishers.

Hell, even in the absence of a live show, digital events are carrying the water for hype and bias. With E3 out for 2020, it’s more or less been replaced by Geoff Keighley’s Summer Game Fest, a showcase that opened with a trailer for Tony Hawk’s Pro Skater 1& 2 that practically shot a load of nostalgia all over the place. It looks nice, but we know how bad Pro Skater games can be, and with no widespread hands-on to give us an idea of how it feels, we’re left with hype. And as for bias, SGF followed up Tony Hawk with a presentation of the new Unreal Engine 5, showcasing its power on only one of the upcoming consoles while the other is still wallowing in the poor showing of its digital event. I mean, fuck, as if PS5 vs Xbox Series X Twitter wasn’t bad enough before.

Hype and bias and these empty-calorie trailers are not products of E3, they’re symptoms of an industry that is built on the idea that you’re awesome so long as you buy their game. That’ll continue long after E3 becomes, like, a Denny’s or something. E3 doesn’t need to go away, it needs to evolve.

Now, I may not be the best source of an argument on this having only gone to the event twice, but I think E3’s biggest problem is that it’s still trying to be two shows in one. It’s still a presentation to the gaming press about upcoming products, akin to the Consumer Electronics Show, but for those who are there as fans, it’s an amusement park. Instead of rides, there are games. Instead of people in Mickey Mouse and Princess Jasmine costumes, there are cosplayers and G-Fuel booth babes. And just like an amusement park, the tickets are overpriced, the lines are too long, the food is terrible, you have to carry a bag everywhere for all the crap you’ve bought, and you always end up with a headache at the end of the day.

In all honesty, the ESA should just rent out a hotel in Southern California and dub that the “Press E3.” I don’t think any games writers would miss having to fight their way through a sweaty crowd to get to their Capcom appointment on time. Not only would this help relieve the journalists who spend E3 running from hall to hall trying to cover as much as they can, but it would also save E3 attendees from having to hear about how gross they are from assholes like myself.

I have great memories of E3, but almost all of them happen away from the show floor. Meeting Suda 51 is something I’ll never forget. Running into executives who have no idea who I am even though I’ve met them several times before will always put a smile on my face. Standing in a weird cocaine room with Brett, Jordan, Slenderman Max Scoville, and Brian Altano as dandy boy Mike Bithell gives us a presentation on John Wick Hex is a memory I will cherish. Those types of experiences don’t exist in the digital space.

Look, E3 is not something I would ever choose to attend as anything other than a member of the press. But clearly, some people love going. They love enveloping themselves in this industry and the fandom surrounding it, warts and all, rather than sitting on their couch and watching a bunch of trailers alone in their apartment. I mean, Holmes, do you really want to rob video game fans of the opportunity to laugh at THQ Nordic for dedicating so much of its floor space to Monster Jam Steel Titans? I know hype is a continuing problem in the industry. I know that AAA developers overshadowing indies is a problem in the industry. But those problems don’t go away if you kill E3. They’ll just move to the next show and suddenly that will become the one all the gaming press has a problem with.

Quite frankly, I’ve always found the idea of killing off E3 to be something of an elitist games journalist argument. “Oh, it used to be better before fans blah blah blah.” I don’t want to kill something people love, I want to improve it. For 2021, the ESA should rethink how it approaches E3 and it should take cues from the amusement park industry and implement fast passes for all its lines. As for the hype, well, we’re just going to continue having to deal with the hype that’s generated on and off the show floor, just as we have always done. Because any game is capable of creating a frenzy of excitement.

Unless it’s Konami and the game they’re showing off is Hyper Sports R, which, despite being playable at E3 almost two years ago, still hasn’t made it to store shelves and nobody gives a shit.

Holmes: Great points as always CJ. I guess it’s the nature of predatory marketing that I really hate, and E3 has become the biggest and easiest to target symbol for that, so I want it to go.. Is that 100% fair? Maybe not, but it’s at least 80%, which is also the percentage of the show that looks like something out of They Live.

The whole event has become a laughing stock for a reason. It pushes the idea that brands, not substance, are what deserves applause. That’s the philosophy that brought us guys like like Mr. Caffeine, which ironically enough, are the exact moments that tell me it’s time for the E3 brand itself to die. If it gets replaced with something better after that, then great! In fact, I’d argue that it already has. I’ve heard great things about EGLX, which is as close as we have to a Destructoid convention.

What about you, dear reader? Would you be OK with it if E3 never came back, or do you think the pros still outweigh the cons?