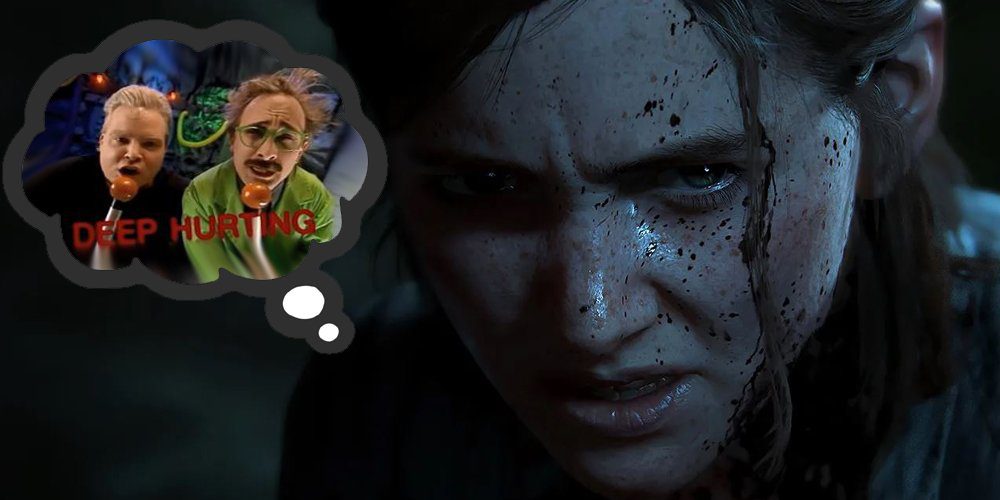 Some game developers love making hard games. They thrill at the idea of inspiring players to dig deep for the courage to get through a seemingly impossible situation and to use their heads to devise strategies that are beyond anything they’ve ever planned before.

It’s a risky move. Any time a developer might intentionally or unintentionally extend the player’s time with a game past the point of enjoyment with some nearly unstoppable force or unmovable object, they run the risk of being accused of being “lazy” by adding “padding” through the route of “fake difficulty.” Bullet-sponge bosses and level designs that require memorization through trial and error are two easy examples of the kind of design elements that will cause many critics to feel personally disrespected by the devs of the game in question.

Strangely enough, we’ve seen games with “emotional difficulty” garner the exact opposite response from some of these same critics. Where they might accuse games that are technically difficult of “not respecting their time,” they’ll call games that go out of their way make you feel like crap “the next Schindler’s List.” Some of these games, like That Dragon, Cancer, are painful because they do such a great job of instilling genuine empathy in the player. They hurt because they make you understand and care about someone else. Then there are games like Heavy Rain, Call of Duty: Modern Warfare 2‘s “No Russian,” and The Last of Us franchise, which focus more on hurting the player with guilt than goodness. They make players choose between mandatory objectives like “shoot the innocents” and “kill that dog” or putting the game down for good, and because of how well they’re made, many are compelled to keep going even when they aren’t enjoying themselves anymore. To me, that sounds like some sort of mutually-abusive virtual relationship, but some critics seem to think this brand of traumatic escapism is proof of gaming’s maturity and artistic integrity.

In fact, sometimes things that make you feel bad are just…bad. The old saying goes that whatever doesn’t kill you makes you stronger, but the truth is, sometimes things just hurt you and make your life worse, even if just for a few hours. More so, sometimes, a game that forces you to be a monster is just a waste of time, especially if you are already aware of the fact that we’re all the heroes of our own stories and we’re all capable of evil. If you already have that down, a game that intentionally brings out the worst in you, then tells you that you’re the worst for the things you did, may not seem like artistic genius. It may seem more like a sad cry for legitimacy, and/or an apology for previous “naughty” games from the same studio that reveled in Hollywood-perfect, guilt-free mass murder.

To me, there’s a lot more legitimacy to be found in violent games that tell stories of marginalized people finding the courage to risk conflict with the powers that be in an effort to forge a better future, but maybe CJ thinks I’m off base here?

CJ: So is this the question we’ve settled on for what is ultimately a “game reviewers need to pull their heads out of the asses of these western-developed, AAA fee-fee games” discussion? Before I continue, I just want to give the audience a quick peek behind the curtain of how this topic came to be. This started with the question “Is The Last of Us an ineffective apology for Uncharted?”, a discussion that has all of the relevance of an Eminem album in 2020. It then morphed into a solo Holmes piece that concluded with a series of questions usually accompanied by various inkblots. Finally, we hooked it back to a “CJ & Holmes disagree” post where I’m supposed to agree, I guess, that emotional games are more legitimate art.

Now that that’s out of the way, no of course not. Games don’t need to be emotional to be considered greater works of art. That’s ridiculous, but I can see where that thought process is coming from. Obviously, the reason we’re talking about this subject at all is due to the impending release of The Last of Us Part II, which quickly became the best-reviewed game of the year (take that slightly updated Persona game!). That thing is drowning in 10s the same way Artemis Fowl is drowning in one-star reviews.

But that’s just the headline. Your other, more specific question posits that games that focus on marginalized communities are more legitimate forms of art than these AAA cut-myself-like-I’m-listening-to-The-Cure games. That is also wrong, and I hate to be the bearer of bad news, but there is no one type of game that is more legitimate than others. Sorry. They’re all legit in their own way. Everything from Gris to IGN-darling Imagine: Party Babyz is a work of art. They may not be of the same quality. A game may be absolute shit, but it’s still art.

The problem with the argument that something like Treachery in Beatdown City or The Last of Us Part II is a more legitimate form of art than other games because of the story it chooses to tell is that it dismisses everything else about the art of game design. It says in order to be a premier game, you have to have a moving story, either one that makes you feel sorrow, guilt, woke, or whatever. And if your game is funny, well, the dictators of the zeitgeist don’t take too kindly to comedy, so those games will always be lesser than their more dramatic brethren.

You can see why this is a problem. Gaming isn’t just about the story. Some of the best games of all time have a story no more complicated than “the princess is in another castle.” Does Bangai-O Spirits have a story? No. Is it one of the best games of all time? FUCK YES. This is why I have such a problem with those who spout phrases like “This game is the Citizen Kane of video games” or “It’s the Schindler’s List of video games.” Stop saying shit like that. You’re belittling the medium just to make one title you’re in love with sound more important. I mean, have you ever heard somebody say, “Fetch the Bolt Cutters is the Citizen Kane of music?” No, of course not. That would be stupid.

Games don’t need to do anything to become legitimate. The medium has been tenable longer than I’ve been alive. Instead, we need to break away from this idea that there is a right way to make a game, that a game has to have great story, great graphics, great voice acting, great technology, great cutscenes, great controls, etc. in order to be considered “real” art. Other art forms have more or less plateaued in terms of what is possible with them. I don’t think the book has a massive evolution on the horizon. But video games are still malleable. If we pigeonhole ourselves into this very restrictive set of terms that define our art, the chances of our medium reaching its plateau are about as likely as you joining the next season of The Real World/Road Rules Challenge.

Holmes: Great points as always CJ, except for the one about The Challenge. I expect the producers of the show to call me any day now because I’m extremely hot right at the  moment. I mean, just look at this topical, hard-hitting video game blog that I just wrote! It’s sure to top the charts worldwide.

It sounds like most of our lingering disagreements may come down to semantics. If, as you say, every game is a legitimate piece of art, then do we even need to introduce the words “legitimate” or “art” into the discussion of games at all? I’m guessing a lot of our readers would answer “no,” but that isn’t going to stop powerful voices in the industry from doing so. They want to prove that games are legitimate and important so they too can assert that they are legitimate and important for writing about them. That self-interest makes them a lot more motivated to set the standards for what games succeed or fail than those of us who’d rather play and write about games just for fun.

So that gives us two options, to ignore these people as they potentially dominate the discourse around games, or do what we can from the cheap seats to steer the definition of what a legitimately “artful” game is. I guess I’m choosing the second option because I really don’t want the “bait players into thinking they’re getting a violent power fantasy then make them feel traumatized and gross for having partaken in that violent power fantasy” genre of game to continue to grow. That’s a trick you can play on someone exactly once before it’s as irrelevant as that Eminem album you quipped about earlier.

Apparently, quite a few critics disagree with me on that, and I’m honestly surprised. As you said, they’re so wow’ed that a game like The Last of Us Part II can make them feel any real feeling at all that, traumatized or not, they now are ready to declare that it has outshined each and every game that came before it. If I stay totally silent as these critics do what they can to shape the what games get greenlit from here on out, I’d only have myself to blame in 2030 when the market is flooded with big-budget misery porn blockbusters like The Last of Us Part III: Cat Juggling.

How about you dear reader? Would you be OK with a world where “prestige gaming” is dominated by feel-bad frowners, and if not, is there anything sensible you can do about it?

Filed under... #Destructoid Originals#The Last of Us