Drink up some pre-load deals

Update: Discount is now a huge 34% off thanks to Winter Sale deals on Civ VI.

Today, Civilization VI pre-load commenced, and pre-purchase deals have made a timely return. Once again GMG has a 20 percent price break in North America. Keys are sent out immediately after purchase. The only catch is you have to add Civ VI to the cart to even see the discount; it’s a hidden offer of sorts during GMG’s new Halloween themed week-long sale.

For those who have been following pricing, you’re probably aware that we lost all discounts on Civilization VI a few weeks ago. And, while deals are still limited at select retailers, GMG has pushed it once again as pre-load goes live.You get the same Aztec pre-purchase bonus as those who buy for full price on Steam.

In the UK, a similar 20 percent discount also exist at GMG and GamesPlanet. Prices there are the same with a reduction from £49.99 to £39.99 for the standard edition and a similar percentage off for the digital deluxe. Beware that Civilization VI is region locked, so buying in Europe will not allow you to play the game in North America and vice versa. (This shouldn’t matter now that the deal is also available in the US).

Details are also trickling in regarding the size and when it goes live. There are three release times with the game going live at 12am Eastern for North and South America. Europe, Africa, and the Middle East goes live at 12am British Summer Time. Those in Asia can commence gaming at 3am Australian Eastern Daylight Time.

As for the file size, it’s only 12GB after installation. Quite surprising for a 2016 title, but not that different from the 8GB needed for a vanilla copy of Civilization V from almost six years ago. 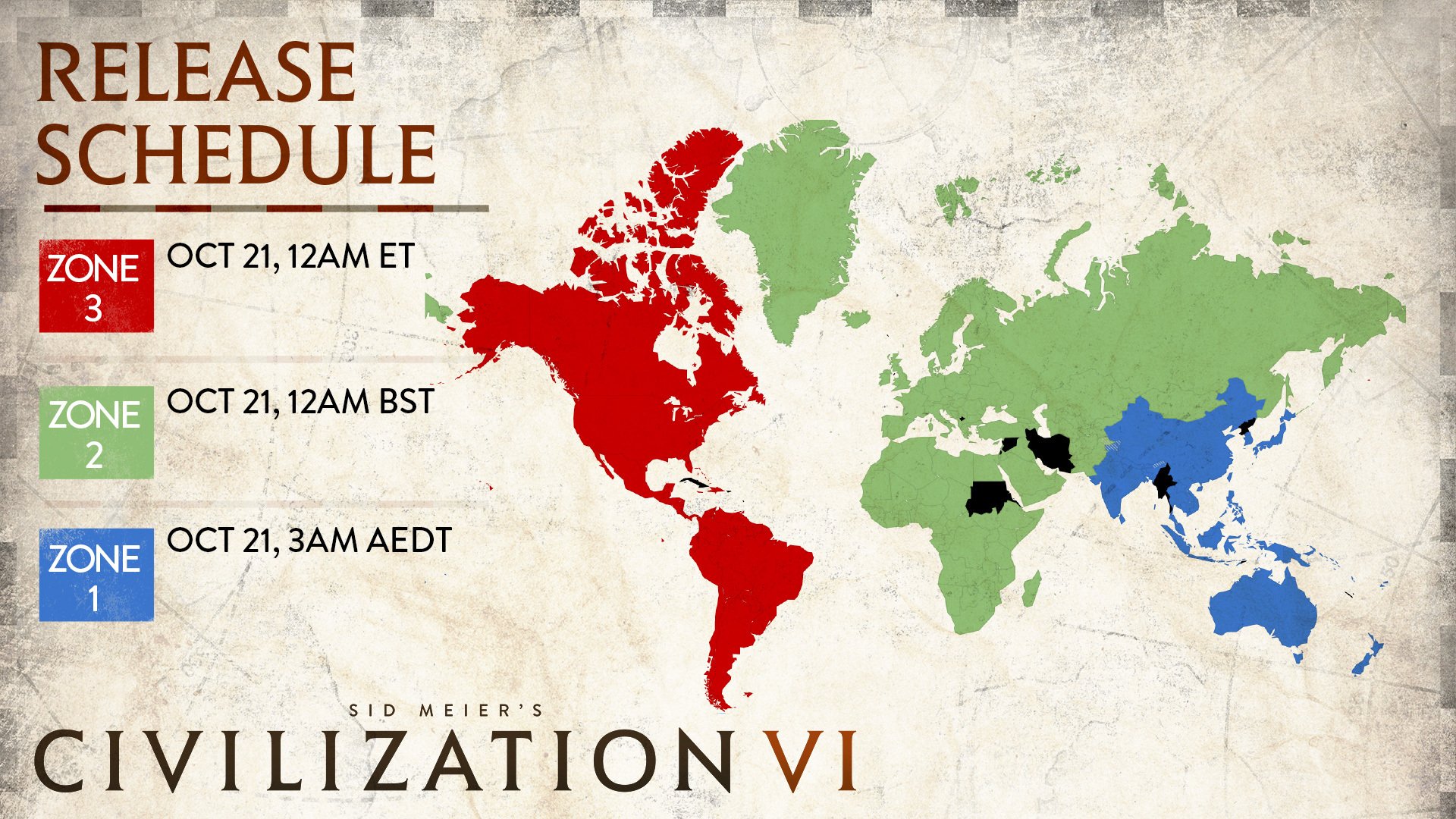 When will these deals expire? We think the UK/EU deals will be around through release day later this Friday, As for the US deal — your guess is as good as ours. It may last the entire week, or it may expire as early as tomorrow at noon. (The last time we posted a Civ VI deal, it lasted a handful of days before being axed by Firaxis games).