Gandhi is coming for those coins

Fans of Civilization will be pleased to know that a collector’s edition for the upcoming Civilization VI was announced today. The package comes with an art book, commemorative coins, some pre-order DLC and the bonus content from the digital deluxe edition.

I like the awesome looking box, but I’m not quite sure $90 is worth all of that. Who would I even show those coins to? I suppose Gandhi might come knocking for all of that sweet loot, but most people aren’t going to care that I have trinkets from Civilization.

The official site does mention that the pre-order DLC will only be exclusive for 90 days, so I suppose that is something. It’s better then having the content forever lost to an industry practice that makes no sense. 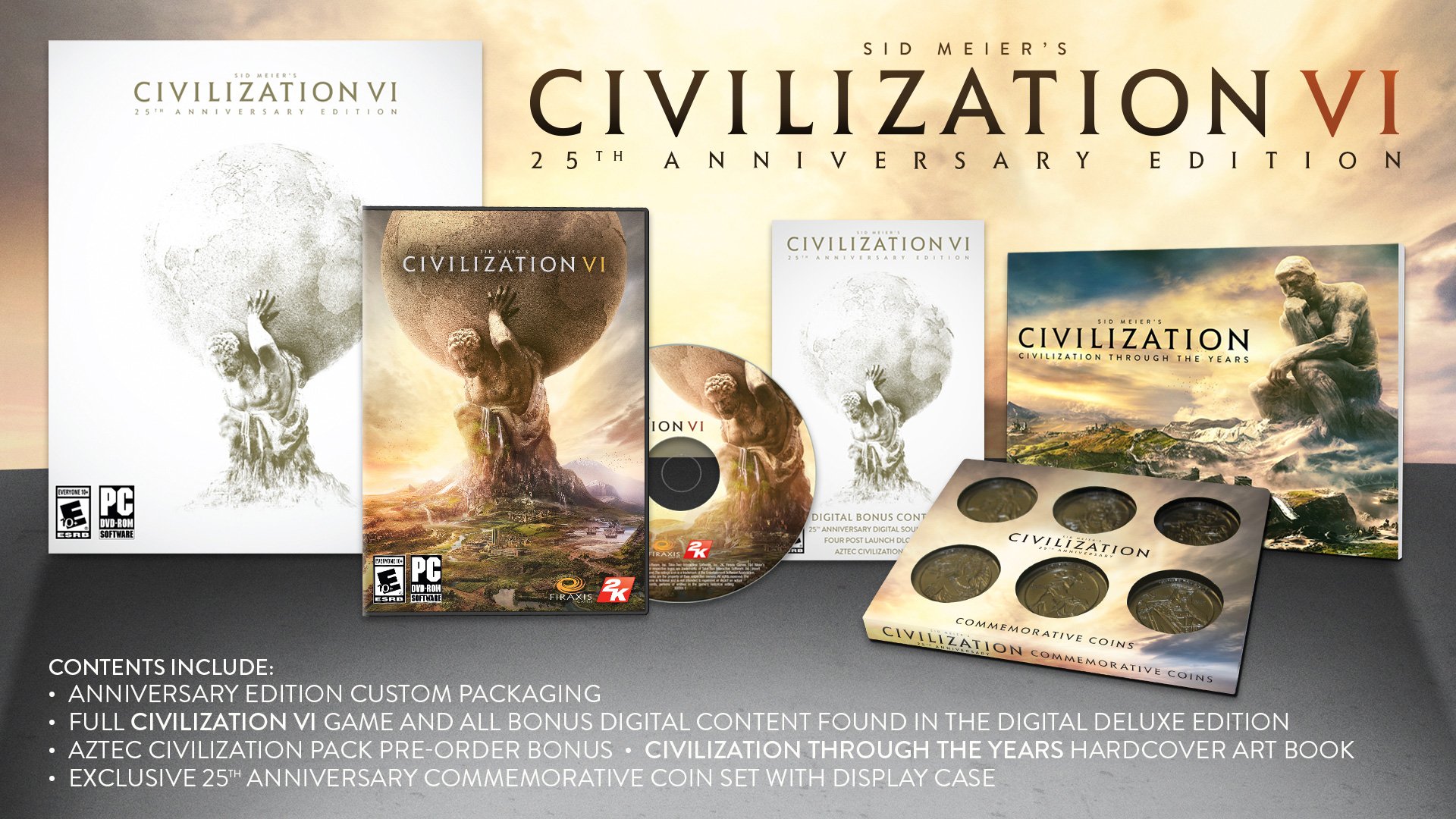