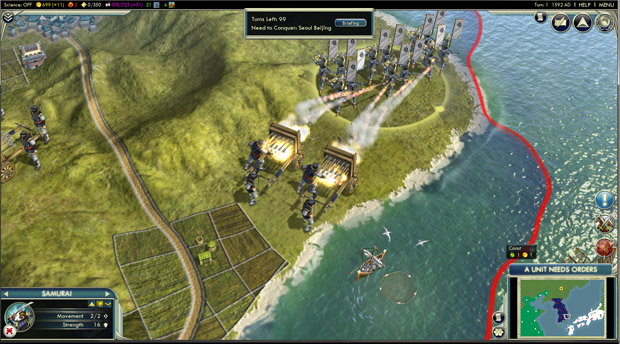 I hope you aren’t tired of Civilization V add-ons because Firaxis Games seems quite fond of them. On August 11, the destroyer of time is getting two premium packs: Civilization and Scenario Pack: Korea and Wonders of the Ancient World Scenario Pack. These are $4.99 a piece or $7.49 when bought as a bundle.

The former includes the Korea civilization and The Samurai Invasion of Korea scenario, while the latter introduces new wonders — the  Mausoleum of Halicarnassus, the Statue of Zeus, and the Temple of Artemis — plus a scenario based on owning more wonders than rival civilizations.

This talk of Zeus has me longing for an update to Age of Mythology … and now I’m depressed because that won’t be happening.