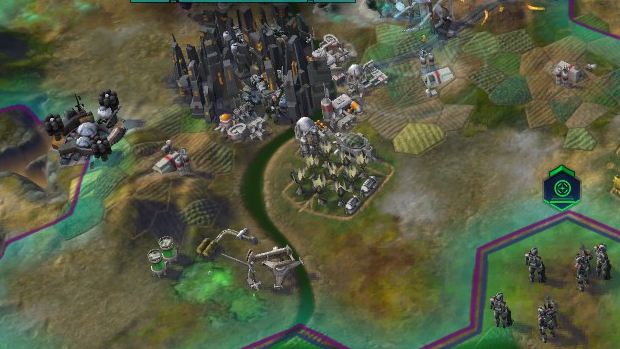 Last week I detailed a lot of the new experiences that Civilization V veterans will find in Civilization: Beyond Earth. I loved what I played of it and you can read about that if you want, but those who are more visual learners will want to check out the trailer above.

The nearly ten minute video goes through the details of settlement, exploration, affinity, technology, diplomacy, espionage, quests, and ultimate victory. Then it ends with a playful jab at a typical player’s willpower with the line “The future is but one more turn away.” I know, 2K; I have a problem. You don’t have to rub it in.