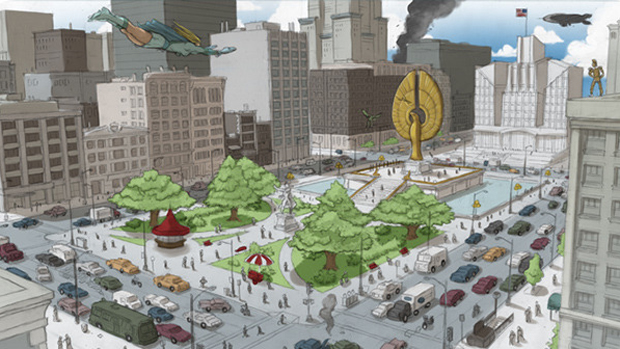 But can I have Perma-Hasten?

I’m eager to talk about City of Heroes at any opportunity I get. The financially successful superhero MMO closed down last year making a whole lot of people totally bummed. Some of those people were evidently so bummed that they began a long journey towards resurrecting the game. City of Titans, or “The Phoenix Project,” has just launched its Kickstarter campaign to make that dream a reality.

Created entirely by fans (though some do have a decent pedigree), the Kickstarter has already raised $118,000 of its $320,000 goal in under 12 hours. It’s pretty heartwarming to see a development team that consists of fans, creating an MMO that fans can fund and then play. The City of Heroes community was the best of any game I’ve ever played, so it’s not terribly surprising.

But I’m sure most people are concerned with one big thing: what business model it will use. Buying the game for $50 will award three months of play time, and from there it gets a bit fuzzy. According to the Kickstarter, there will be a traditional subscription model, or you can “play as a free player and purchase from the cash shop a la carte.” Naturally, there will be bonuses to subscribing, but those details aren’t solidified quite yet.

The game itself is still in its early stages and I’m continuing to remain cautiously optimistic. City of Heroes is easily my favorite MMO of all time, but I’m not sure that trying to recreate that magic is the correct thing to do. While I don’t envy the task ahead of this team, I do sincerely hope they succeed with this project, because I’d sure like to give it a go!